TV makes us all into eternal optimists, always taking a chance on a show that might turn out to be a waste of time, or, worse, end up cancelled after one glorious season (thanks for the memories, Bunheads). Sitcoms about romance in particular are as fickle as a first date. We have to take a leap of faith: Will this still be cute three seasons from now?

This is the question facing two new FX comedies airing back-to-back at 10 p.m. on Thursdays. You're the Worst stars two relative unknowns, Aya Cash and Chris Geere, as Gretchen and Jimmy, a charming pair of cynics who meet at a wedding. Married picks up on the other side of courtship: Judy Greer and Nat Faxon play Lina and Russ, a couple whose marriage has lost its spark. Both shows are acerbic; only one manages to be witty.

In the past few years, the 20-year-old FX has become a reliable source of quality TV, delivering sexy, moody dramas such as The Americans and Justified on top of more idiosyncratic shows such as Louie and American Horror Story. It's no surprise, considering it was one of the first basic-cable channels to deliver a show – the police drama The Shield – that rivalled the quality of HBO's now-legendary lineup of the early 2000s.

In 2013, FX moved its most valuable comedy, It's Always Sunny in Philadelphia, to sister channel FXX. With another of its comedies, Wilfred, currently finishing off its final season on FXX, FX is filling the humour hole with Married and You're the Worst, which mark the network's first real foray into the romance game.

Whither our Pam and Jim? Mindy and Danny on The Mindy Project is the only couple I've squealed over in ages. The relationship between Virginia and Bill on Masters of Sex gets more intriguing with each episode, but I'm not exactly holding my breath for a happy ending. For a while, I was even rooting for Mad Men's Don and Betty to get back together – that's how starved I am for a juicy TV couple.

You're the Worst's Gretchen and Jimmy are potential contenders, despite (or perhaps because of) their lack of cutesy appeal. They have a bit of the real-talk allure of Roseanne's Roseanne and Dan Conner, maybe the best sitcom couple there ever was. As with Roseanne, You're the Worst is at its best when it gives into its central characters' dickishness. Jimmy's roommate remarks, "It's nice that this is all Gretchen wants." "I don't know what Gretchen wants," Jimmy spits back. "It's not for me to worry about her."

Yes, date night is dark and full of terrors. When Jimmy takes Gretchen out to a nice restaurant, she looks disgusted. When Gretchen gets her period, Jimmy's all, "See you in five days!" Cash plays Gretchen with a veneer of prickly scorn and a hint of vulnerability, which Geere's Jimmy seems to lack entirely.

If You're the Worst treats dating like the haunted house that it is, Married treats marriage like a mausoleum for the soul. Russ spends the first two episodes nagging his wife to have sex with him. She's exhausted from taking care of their two young daughters, and in the pilot, tells him to find someone else to tolerate his advances. Rather than, "I'd better help my wife raise my kids," Russ's instinct is, "I'd better find someone else to have sex with." (The lovely, hilarious Judy Greer is wasted here.)

FX's original series have always skewed a little bro – advertisers flock to Archer and The League's young adult male viewership. The network's growing roster of risky, boundary-pushing shows has made it a kind of anti-network. It may not have the highest real-time viewership, but FX programs fare significantly better when time-shifting is factored in – so much so that the network recently decided to toss aside the morning-after ritual and delay releasing its Nielsen ratings to include people who watch within three days of an episode's airing.

FX likes to play against type, so it makes sense that its romantic heroes aren't typically romantic. You're the Worst's Jimmy is more of a misanthropic drip than Russ, but he's a loveable asshole in a way that Russ is not, maybe because Married seems to want us to sympathize with its hero's "plight," while You're the Worst invites us to scoff at Jimmy.

There's also something yucky about the way Married treats Russ's sexual frustration as the real problem with his marriage. I don't object to the focus on their sex life; one of my favourite sitcom couples, Lois and Hal from Malcolm in the Middle, were basically characterized by their overactive sex life. But Russ's technique for getting his wife in the mood is to bludgeon her over the head with non-stop requests. The problem isn't that it's not sexy. It's just not very funny.

I'd tell you to skip the show, but judging a sitcom based on the first handful of episodes is like judging a potential soul mate based on one bad date. Sometimes, that crappy first date turns into a beautiful box set. I mean, relationship.Special to The Globe and Mail 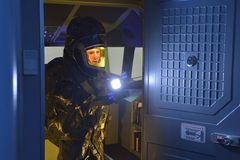 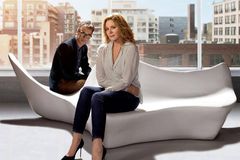 Let's talk about virginity: How women are owning their 'sexual debut'
July 30, 2014 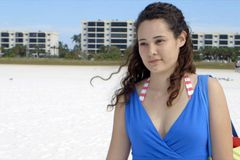 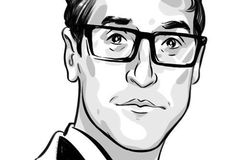 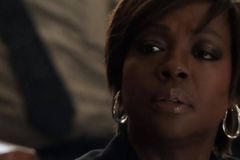