Little Mosque on the Prairie, which ends its run forever tonight (CBC, 8 p.m.) has been called many things. It has been called, in e-mails to me, "an act of social engineering." It's been called "groundbreaking," lighthearted" and "a chuckler."

Unfortunately the most apt description of Little Mosque in recent years is "dreary."

And a problem is that it has become difficult to separate the show from the initial fuss about it. Not long ago, I was interviewed for an Al-Jazeera program about the depiction of Muslims on U.S. and Canadian TV. At the time, the fuss about TLC's All-American Muslim was in full swing, but we spent an inordinate amount of time discussing Little Mosque on the Prairie. Thing is, at that point Little Mosque was simply dragging along through another batch of episodes, none of them "a chuckler."

When Little Mosque began airing in January of 2007 its debut was an internationally covered event.

On CNN, Paula Zahn showed clips from the show and instigated a discussion, asking, "You found that funny or no laughing matter? Will a show like that make it on American TV?" On her panel, Kamal Nawash, president of the Free Muslims Coalition Against Terrorism, said, "I think it's hilarious. I think it's good. Unfortunately, when Muslims come on the air in the United States, usually they don't smile, they're very serious and so on. This [ Little Mosque]is great. It shows we are all really human beings." Another pundit said, "Once you make fun of something people go, 'Wait a minute, you're right, that's silly. Of course not all Muslims are suicide bombers and of course they're not all bad guys. I don't know why I ever thought that.'"

However, viewer e-mails that Zahn read aloud told her that there was nothing funny about Muslims, and one said, 'I see no humour in Little Mosque on the Prairie. I see a Muslim and I think 9/11."

For too long Little Mosque has been placed in the context of that initial buzz and fuss. It turn out, of course that the show at the centre of all the fuss was a gentle comedy less derived from the U.S. network sitcom model than from cozy Britcoms set in small communities populated by an unusual number of eccentrics. Anyone who had seen Ballykissangel or Hamish Macbeth recognized the model.

The initial ratings were impressive and the attention paid to a new CBC show was welcome, but the tragedy of Little Mosque is that it was not the CBC's version of Corner Gas.

At that time CTV's Corner Gas was a phenomenon and continued to be until Brent Butt wisely decided to end the series while it was still strong. That show proved that a million Canadians would watch a Canadian TV comedy without hesitation. It was original, briskly done, sweet-natured and had that characteristic Canadian kind of whimsy.

Little Mosque rarely achieved this. It was always too broad, repetitive and bogged down in the most hokey kind of comedy. It was always good-humored and occasionally goofy but never hilarious. Too often the humour had a "hey look at us, we're wisecracking Muslims" quality. There seemed to be a self-regard for the concept and some preciousness. It never grew.

That's not to say that it wasn't a success. It is seen in more than 80 countries. Recent reports suggest that, once again, distribution to U.S. stations is a possibility. A lot of writers and directors worked on it, and the cast – Zaib Shaikh, Sitara Hewitt, Sheila McCarthy, Manoj Sood, Brandon Firla, Debra McGrath, Neil Crone, Arlene Duncan and Aliza Vellani – have been admirable stalwarts in what have been, for the most part, limiting roles.

I've no idea what happens tonight in the final episode,. It is the second of a two-part ending. Last week's was called The Worst of Times and tonight's is called The Best of Times. Last week's show was disappointingly ordinary, with little dynamic that would suggest a conclusion. Slight, hokey jokes and the usual extra-broad acting. What we're promised for tonight is this: "A surprising ceremony accompanies the new mosque's opening."

With all due respect to the show's ability to diminish anti-Muslim suspicions and conjure gentle comedy from Muslims and Christians closely co-existing, it was never quite funny enough, or even memorably entertaining, to matter. No matter what happens tonight, it never surprised. It was a very old-school Canadian show. A great idea at the beginning. Then, over the seasons, a nice idea. Pity it all got a bit dreary. Pity it was not the CBC's Corner Gas. Goodbye to it and good luck to everyone involved. 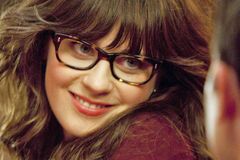 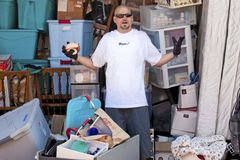 Politics is not The West Wing. It's wicked and brutal
April 5, 2012 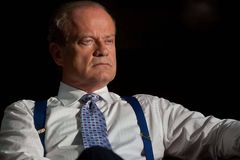 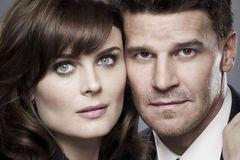 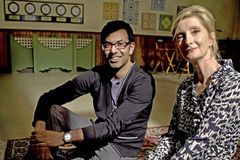 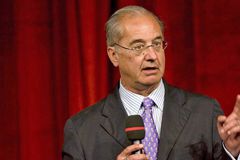