When Cecil B. DeMille made The Ten Commandments in 1956, he put all his effort into the film, then let Paramount Pictures sell it to the public. Survivor producer Mark Burnett turned that sequence around for his 10-hour miniseries The Bible, connecting with his audience first and then completing the series for the History Channel, where it begins airing Sunday at 8 p.m.

Burnett's own account of how he got from Survivor's Redemption Island to the hill at Golgotha is a story of personal faith, nudged along by much pleading from his co-producer and wife, actress Roma Downey (who plays Mary). But The Bible is also a case of TV's winningest producer – whose other hit shows include The Voice and Celebrity Apprentice – spotting an underexploited asset and making a posse of evangelical Christians feel like his co-producers.

The Ten Commandments turned out to be one of the top-grossing films ever, and still draws a big TV audience at Easter, but Burnett figured that its special effects were due for an update. From the parting of the waters to the last trumpet, The Bible promises to be a visual hosanna to the technical miracles of CGI.

Burnett and Downey spent a year selecting the stories, and figuring out how to layer them into five episodes. The Creation, for instance, became a story told by Noah to his frightened family, with images of God's six-day labour flashing between shots of the ark rolling over an endless sea.

But the series' most intriguing story may be that of how an English ex-paratrooper, who got his start in the United States as a nanny and chauffeur, mustered an already organized army of believers behind his project.

"More people will see this than all of our other work combined," Burnett says on the phone from Malibu. "It's not unreasonable to imagine an audience of hundreds of millions."

That's the salesman talking, and Burnett and Downey are smooth promoters of their own goods. But they have spent much less time pitching the show to journalists like me than to pastors and Christian conferences. They got the faithful involved from the very beginning. They networked with media-savvy evangelicals, solicited suggestions and feedback, and invited key church leaders to the nine-month location shoot in Morocco.

The series website includes a long list of testimonials from the likes of Geoff Tunnicliffe, secretary-general of the World Evangelical Alliance, an international network that reaches 600 million evangelical Christians. "We have read all the scripts, spent time on the set and viewed some remarkable footage," says a message from Tunnicliffe on the website for WEA, which claims "a key role" in promoting the series globally.

"They have produced a work that truly reflects the masterpiece that is the Holy Bible," says a blurb from Houston evangelist Joel Osteen, who also visited the set in Morocco, and had Burnett and Downey show clips during a service last month at his 17,000-seat Lakewood Church. Osteen also cut a deal with Burnett in 2011 for a reality show about the pastor's mission visits around the United States. The market for that program, which has yet to appear, seems virtually guaranteed: Osteen's weekly broadcasts already reach 10 million viewers.

"The Bible has already been screened half a dozen times for stadiums of 15,000," says Burnett, who was in the Toronto area with Downey to show scenes to church groups and broadcasters. "We've done 50 to 75 screenings at different denominations since March." He's not talking about complete showings, but promotional segments edited on site in Morocco while principal photography was still going on.

The real masterstroke of the campaign may be the deal struck with Outreach.com, a Colorado Springs purveyor of church curricula and multimedia that Burnett says has a sales reach of 180,000 churches. Outreach has made a sermon package linked to The Bible, for use in churches every Sunday during the five weeks of the History Channel broadcasts, which start on March 3 and end on Easter Sunday. The $59.95 package includes "five customizable sermons featuring clips from the epic TV miniseries," along with a DVD home study guide, a viewing party kit and an advance copy of a book version of the series.

Imagine thousands of preachers, delivering sermons custom-made around your TV series, with clips they can show before the altar, the very day of each episode's broadcast. P.T. Barnum could not have drawn a more inescapable net around his target audience.

"We made The Bible outside the Hollywood system, and will distribute it outside the Hollywood system," Burnett says, adding that when he arrived in Los Angeles from England in 1982, he didn't even know that Hollywood was part of the city. DVD and Blu-ray versions of the series are available for pre-order, and a feature-length version of the New Testament half of the series is being cut for exhibition to church groups. Burnett's production company retains global TV and theatrical rights for a distribution campaign that could go on for years.

"This will still be playing when we are long gone," says Downey, a twice-divorced Irish Catholic who attends mass in Malibu. "We moved forward prayerfully, that the right people would be drawn into this, and that has happened every step of the way."

She and Burnett are especially proud that they got a score from Hans Zimmer, who wrote music for Gladiator and The Dark Knight , and CGI from London's Lola studio, which did all the whiz-bang effects for Gladiator and Troy. The film titles tell you all you need to know about the look, sound and ambition of The Bible.

"It looks like a $100-million film," Burnett says. "We made sure we gave film a run for its money." The final cost for the five-episode series will be "under $25-million" – a lot less than the first season of Game of Thrones ($6-million per episode), or the final season of Friends ($10-million per show). Boardwalk Empire's pilot episode alone cost $18-million.

Burnett has already beaten film to the punch, delivering The Bible long before any of Hollywood's current big-screen biblical projects come to market. Both Steven Spielberg and Ridley Scott are reported to be working on films about Moses, Darren Aronofsky is boarding the ark with Russell Crowe as Noah, and Paul Verhoeven is planning a Jesus bio-pic. Apparently the wind from Paradise blows sweet in Hollywood these days, and it's not hard to see why. Like superhero comics, the Bible offers big familiar stories with vast opportunities for up-to-the-minute special effects. Scriptural tales haven't had a fresh cinematic look since the last wave of biblical movies in the 1950s, and you don't need to pay royalties to remake them.

"We didn't want the series to feel like an ancient story," Downey says. "We want you to feel that the joys and the hurts and the hopes of these people in these stories are universal and timeless."

She and her husband hope that that timeless appeal, the unique hold the Bible has on millions of minds, and their thorough grooming of their natural market have given them an evergreen property that could pay dividends for decades. Say what you will about God, He's got a way with a bestseller, and his audience is huge.

Cecil B. DeMille made half a dozen biblical pictures, but the second of his two versions of The Ten Commandments is the one everyone knows. Worth seeing if only to hear a glaring Yul Brynner intone, "Better to die in battle with a god than die in shame!"

Norman Jewison's gleefully anachronistic Jesus Christ Superstar (1973) is as much about its own era as about the story of Jesus's sticky end. A remake in 2000 took the whole show indoors and got fascistic on the Man of Galilee.

The latter-day king of Bible pictures is Roger Young, a career TV director with six scriptural movies for the small screen, including Moses (1995), starring Ben Kingsley, and Jesus, made for CBS in 1999.

Even its fans found The Passion of the Christ heavy on the gore, but Mel Gibson's 2004 film was a huge box-office success, grossing $612-million worldwide.

Why would anyone remake 'The Ten Commandments'?
April 8, 2006
Mark Burnett hits the right note again with The Voice
May 10, 2011 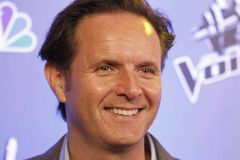 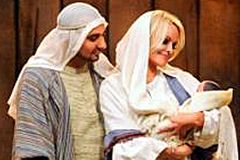 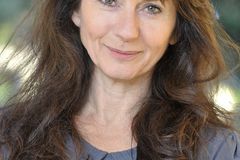