In the classic British miniseries A Very British Coup, which aired in 1988, a Labour Prime Minister faces forces determined to undermine his government. Essentially, he faces the wrath of the British establishment – the Conservative Party, the secret service, elements of the civil service, all aided and abetted by the U.S. government.

But what truly brings his government to the brink of collapse is the right-wing tabloid press. The key moment in the series (loosely based on a novel by the Labour MP Chris Mullin) is when the PM sees, arrayed in a shop, a batch of newspapers, all with headlines attacking him. He recognizes that his most powerful enemy is one man, a newspaper magnate who controls those papers.

I was thinking of A Very British Coup while watching Scandal: Inside the Murdoch Empire (CBC NN, 10 p.m.). The 1988 miniseries was superbly made, a fast-moving paranoid thriller, entertaining and thought-provoking. What Scandal reminded me is that, almost a quarter-century later, it doesn't seem paranoid at all. It seems realistic.

The documentary, made by Emmy-winning former fifth estate producer Neil Docherty, is a very useful, step-by-step guide to events surrounding the phone-hacking scandal that has diminished Rupert Murdoch and his News International company. What it doesn't cover is, perhaps, the truly unanswerable question – why does Britain have such an appetite for a deeply repulsive newspaper culture?

At the start of the doc there is some confusion and there are wild overstatements. We see footage of Milly Dowler, the murdered girl whose phone was hacked by News of the World reporters. The revelation of that hacking is the turning point in the story, a tale more bizarre and twisted than anything the most paranoid theorist could conjure.

We meet Andrew Neil, former editor of The Sunday Times, and therefore a former Murdoch employee, who says, "There is a Shakespearean tragedy, in that what has created him could destroy him." This is silly, reducing the entire matter to the story of the Murdoch dynasty. We are told by CBC host Anne-Marie MacDonald, "This is a scandal of almost Watergate proportions." That's a more accurate remark because what emerges in the documentary is a tale of persistent attempts to intimidate politicians.

Over here, a good deal of the coverage of the phone-hacking scandal has focused on celebrities targeted by Murdoch papers and the ensuing legal settlements. We've seen people such as actor Hugh Grant deliver thundering denunciations of the tabloids. His righteous indignation is merited, but, watching this doc, one has the feeling that celebrities have hijacked the phone-hacking scandal.

What we see here is a pattern, going back decades, of Rupert Murdoch playing God in British politics. Those he supported achieved power. In power, they helped his business interests. We are reminded that Murdoch's papers probably destroyed the Labour Party leader Neil Kinnock and his chance of being elected prime minister. Learning from that, Tony Blair was instinctively obsequious to Murdoch and his media empire.

It is truly shocking to hear MPs and former MPs explain how they were put under surveillance by News International and their every movement recorded. This happened because they questioned some policy that favoured the Murdoch media companies. And, as it turns out, the police were often in the pay of the Murdoch papers too.

In the end, it is the elaborate, intricate series of connections between the Murdoch papers, the British government and the London police force that is truly mind-boggling. When Nick Davies of The Guardian, who broke the phone-hacking story, says, "We have not yet got to the bottom of the barrel," the viewer is at a loss. Does he mean the phone hacking or police corruption, political corruption and the undermining of MPs and competing companies? That's one bottomless barrel of intrigue and crookedness.

And yet, one wonders, why have the Murdoch papers thrived and been so lucrative for the owner? A glance at what is offered by The Sun is an eye-opener. Wednesday's lead story, online, was "The world's biggest albino clan are living in Coventry." Plus some photos of "Octomom" who "shows off her figure after eight-baby pregnancy!" (The same story was used by Huffington Post Canada yesterday.) And there are countless stories about celebrities, with much mention of "knickers" and "knockers." One has a sense that half the stories are fiction.

For all its weaknesses, Scandal: Inside the Murdoch Empire is more gripping than most British TV dramas these days. And it reminds us here in Canada that, while we think we know Britain, much of it is a great mystery to us.

Game of Thrones: Screaming for the teenage male
May 3, 2018 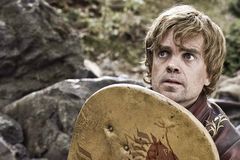 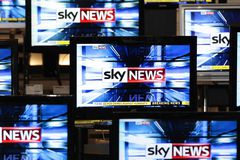 Palace intrigue in the halls of News Corp.
April 30, 2018
Follow John Doyle on Twitter @MisterJohnDoyle
Report an error Editorial code of conduct
Due to technical reasons, we have temporarily removed commenting from our articles. We hope to have this fixed soon. Thank you for your patience. If you are looking to give feedback on our new site, please send it along to feedback@globeandmail.com. If you want to write a letter to the editor, please forward to letters@globeandmail.com.
Comments