Some of us have been saying it for years. Now Brett Martin has written a book about it.

What we've been saying is that there's been a revolution in television and, well, it's been about 20 years since anyone could truthfully describe U.S. TV as a wasteland of empty-headed dramas and comedies.

First there was what's sometimes called TV's Second Golden Age. Such shows as Hill Street Blues, St. Elsewhere, thirtysomething and I'll Fly Away are cited. These shows aired from the early 1980s to the mid-1990s, raising standards for network drama while pushing at the boundaries of conventional storytelling and character development.

Then came cable channel HBO's venture into original drama and comedy. What happened from that point on, from The Sopranos to the acclaim Mad Men receives today, is what Brett Martin chronicles in Difficult Men: Behind the Scenes of a Creative Revolution: From The Sopranos and The Wire to Mad Men and Breaking Bad (Penguin Books). It's entertaining, colourful and full of sharp anecdotes and insights, but it's not a complete guide to what Martin calls the Third Golden Age. Nor is it meant to be.

Instead, Martin concentrates on a few key shows and their creators – shows that genuinely changed viewers' perception of what television can achieve. That means The Sopranos, The Wire, Six Feet Under, Deadwood, Breaking Bad and Mad Men. And that also means their often choleric, bullheaded creators: David Chase, David Simon, Alan Ball, David Milch, Vince Gilligan and Matthew Weiner, respectively. The spine of the book is the fact that these "difficult" men unleashed shows that were mainly about troubled, brooding men who were at war with themselves and the world. Tony Soprano and Don Draper are, you could say, kissing cousins in this Third Golden Age.

The book isn't about Homeland or Girls. But Martin makes a cogent point when he notes that when Lena Dunham created Girls, it had been 13 years since The Sopranos began airing. In her 20s, Dunham had grown up in an era when cable television was becoming the defining storytelling medium of the new century. What had already been wrought by those "difficult" men gave her the freedom to make Girls into the blackly comic, poignant stew that it is.

Recently, I contacted Brett Martin by e-mail and asked him questions in order to expand on some of the theories and stories in the book.

An occasional underlying theme in Difficult Men is that technology – the Internet, satellite availability, better TV sets, DVD box sets, PVRs – helped push premium cable drama to level it is now. What aspect of technology do you think was the most important, and why?

All of those have contributed to a sea change in how we watch, which in turn transformed what we watch. Ultimately, the biggest factor – which I think is what you mean by satellite availability – has been the proliferation of "channels," first on cable and now on Netflix, Hulu, iTunes, etc. That created a need for programming that created buzz and identity – more even than pure viewership numbers. And with that came risk-taking, envelope-pushing and creative freedom.

Of the people you concentrate on – David Chase, David Simon, Matthew Weiner, etc., who do you think is best capable of doing yet more series of the quality that they have already achieved?

Tough question. Just as it's been hard for any given network to maintain the level of quality and inspiration of their first original shows, the same may be true of creators. I will be very interested to see what David Simon does next, now that Treme is almost over, especially if he re-teams with Ed Burns. And the idea of a Breaking Bad spin-off [built around] the shyster lawyer Saul Goodman [played by Bob Odendirk], which is actually in the works, should be something to see.

Of all the series you watched and studied for the book, which one impressed you the most?

"I will dodge this outright, except to say that each has to be taken on its own terms and judged by how well it achieves its particular ambition. The Wire, excluding parts of Season 5, will stand for a very long time as a mighty artistic achievement, but so will The Sopranos, even if the latter had more individual moments when you weren't sure what David Chase was up to, or why. They were very different projects. Same of the two best shows on now: Breaking Bad and Mad Men."

Network TV is attempting to respond to this new Golden Age on cable by airing short-run series such as Fox's The Following. They get good ratings, but not the acclaim. Has network TV totally lost the battle for iconic, quality television series?

"I think they've ceded that ground. And maybe smartly: Perhaps the single most important condition that created the era of TV I write about is that you didn't need an overwhelming number of viewers to stay on the air. That will never be true of a network show."

Is it fair to say that the genre of premium cable series you write about has supplanted the American novel as the most important vehicle for stories of sociological and psychological truth?

"I think the novel will always be the novel and is doing just fine. I think it's fair to say that artists will always be drawn to the medium that allows them to ask the big questions while reaching the largest audience. At one point, the novel was that medium. At another, film was. For the past 10 to 15 years, it's been TV."

So take that, literati. But Difficult Men is way more than an assertion of cable TV's current greatness. The portraits of Chase and Simon are vivid and memorable. There are many illuminating anecdotes about shows you've admired.

One theme that emerges is how actors, some well-established, began lobbying intensely to be considered for new dramas. There's a story about Michael Chiklis, then a TV star thanks to an earlier role as an affable police boss on ABC's nicely comic series The Commish. He then wanted to audition for the role of the manipulative, demonic Vic Mackey on FX's The Shield. The producers were astonished and wary, but Chiklis forced an audition. He performed with a mouthful of Nicorettes. Afterward, FX executive Peter Liguori said: "He scared the crap out of all of us." And he got the part.

The scenario captures, in a way, everything that Difficult Men chronicles – the shift from TV as an affable medium to one that is scarily good and often delivers culturally significant greatness.

On the U.S.-Mexico border, a serial-killer show with social relevance
July 10, 2013 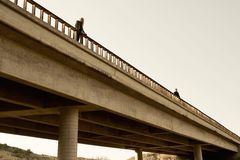 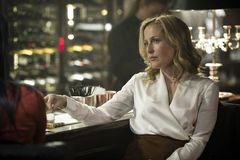 Where are the complex women on premium cable?
July 2, 2013 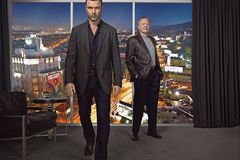