Like Brando's Stanley Kowalski, fans of ABC steel-guitar soap Nashville can't get enough Stella. That would be Lennon Stella and Maisy Stella, the Canadian singing sister-act who've transcended the prime-time show on which they do not even star. A recent episode featured the precocious pair sweetly singing for a talent competition. The TV-character sisters may or may not have won the fictional contest. But the real-life 13-year-old Lennon and and nine-year-old Maisy? Let's just say they've passed the audition.

The Stella girls are offspring of The Stellas, vintage-country husband-and-wife team Brad and Marylynne Stella, originally based in Whitby, Ont., now firmly settled in Music City, U.S.A., the titular Tennessee setting for a show that concludes its first season tonight. Speaking this week from Nashville, the sisters were chirpy, charismatic and unaffected – the kind of attributes that helped attract their army of fans.

"Acting is a fun thing to do right now," says Lennon (named for the Beatle), when asked about her future. "We're not planning to make an album, but maybe we'll release a few singles. For now, though, acting is fresh and something new."

The ascent of the Stella girls was unforeseen. The original Nashville script called for a pair of a pre-teen children as the daughters of series star Rayna Jaymes (played by Connie Britton), the veteran Reba McEntire-ish country queen. Maisy was auditioning for the older-sister role when one of the show's producers came across a YouTube video of the sisters performing at Nashville's Bluebird Cafe, part of an appearance with their parents. After a quickly-arranged audition for Lennon – "I knew the scene," she explains, "because I was already working on it with Maisy" – the script was revised to accommodate an older child. The adorable Maisy was recast as the kid sister, a part she was literally born to play.

That Nashville producer is just one of the many who've caught the sister act online. A homemade YouTube cover of Call Your Girlfriend, a song by the Swedish electro-pop artist Robyn, has attracted more than 17 million viewers. The Stellas, in many ways, have stolen a show that was supposed already to have been stolen: The plot involves an established star being usurped by a younger "new-country" singer. A paternal discrepancy involving Lennon's character was written in; the role of the sister characters in the show's second season is expected to expand.

The on-air elevation of the Stella girls has met with some criticism. A writer for Slate referred to the talent-show episode as The Lennon and Maisy Stella Hour, complaining that the girls' characters were not fully developed enough to warrant their airtime. Yet the episode was something of a Nashville's Got Talent, a reality show within the soap opera.

"The chemistry and affection they have for each other on the show seems to be similar to what they have in real life," says Colin Linden, the Nashville-based Toronto musician who serves in a variety of onscreen and off-camera roles on Nashville. "The same things we see on the show are the same things that bode well for a career in music, if that's what they choose to do."

If a music career is what they choose to do, it's unlikely to be limited to twang. Maisy is a fan of mainstream pop. "I like Selena Gomez and Neon Trees," she says. Lennon talks about the traditional country that is often played in the Stella household – Roger Miller and Marty Robbins – but doesn't see herself settling into that style. "I don't know if we'd really like to go out fully as country artists," she says. "Probably it would be more indie singer-songwriter type stuff."

That remains to be seen. The girls are currently managed by their parents, who were groomed by Canadian star Johnny Reid.

Linden serves as a guitar coach for the sisters. He and Nashville's musical director, T-Bone Burnett (whose wife, Callie Khouri, is the show's creator and executive producer) performed publicly with the girls last month. "They knocked it out of the park as they always do," he says of their appearance with other cast members at the annual Tin Pan South festival. "Maisy has an incredible depth to her voice already, and Lennon is a strong musician and a pure singer who always rises to the occasion. I believe they can go anywhere they want to go." 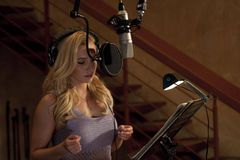 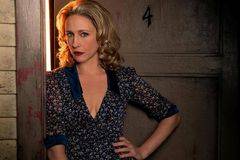