As I write this, I'm a wee bit hungry. The reasons will become clear.

What I could go for is boxty; potato bread made on a griddle, it is still popular in parts of Ireland. The food of a rural, famine-ravaged people, it's simply made, using the most basic, to-hand ingredients and served hot off the griddle, it's filling for a while. A fine word, too, is "boxty." From the Gaelic, it is literally, "poor-house bread." The poor-house being where the destitute and starving ended up. Seamus Heaney, now gone from us, would have known it, savoured it, that word.

He savoured words and food, especially the pleasure of to-hand food, what grows wherever the grass grows, what simply springs from the earth: "The lush/Sunset blush/On a big ripe/Gooseberry:/I scratched my hand/Reaching in/To gather it/Off the bush,/Unforbidden." (From Derry Derry Down). Land, nature, words, food. These are the crucibles of meaning in many cultures. And are lost to many of us now. For all that we fetishize foods and the pleasure of meals, for all that we now look to local foods to sustain us, in an effort to lessen our impact in the earth, the poetry of wild foods and tastes are remote from us.

And so I bring you from Seamus Heaney to a new food show. The reason will become clear.

Untamed Gourmet (APTN, 8:30 p.m.) says it's about "the original purveyors of the local food movement – Canada's aboriginal people, together with some of Canada's finest gourmet chefs." There's truth in that. The series is intriguing on the matter of food that's foraged or plucked from rivers or streams. It sometimes a tad too earnest – "Honouring the cycles of nature" gets mentioned much – but at its core it's about great food and, yes, there are recipes that, for the most part, a lot of people can handle with a bit of ingenuity.

The series, which looks gorgeous and moves at an unhurried pace, also involves great chefs as they gather the food that's easily available, and then create gourmet dishes. These chefs include those from restaurants such as Sooke Harbour House on Vancouver Island, Rouge in Calgary and the Rossmount Inn in New Brunswick. There's a moose hunt in Newfoundland, observation of scallop diving in the Bay of Fundy and commercial ice fishing for lake trout on Lac La Ronge in Saskatchewan.

The pace is important. There are countless shows devoted to food and cooking these days and a good deal of them are competitive, hurried productions that are essentially about the trick of creating meals in-a-jiffy. Too often the pleasure of cooking and the relishing of taste are cast aside. Besides, many are merely jumped-up reality shows involving people I'd cross the street to avoid, never mind sharing a meal with them. The obnoxious rule and actual food is forgotten in MasterChef, which draws a phenomenal number of viewers each week and is a show I can tolerate for about 30 minutes. Because that's when the focus is on the ingredients and preparation happens. Then each episode tumbles into fatuous, frantic quarrelling among the those cooking and meaningless quibbles from Gordon Ramsey and his fellow judges.

Lidia's Italy (Sundays, 3 p.m. on TLN) I enjoy a lot. Lidia Bastianich understands that fast-paced attention to food and cooking actually undermines the point – pleasure. There is always time for Lidia to savour what she's cooked and go, "Mmm, mmm, mmm," always three times, at the finished meal. When Lidia appeared on an episode of MasterChef, where her son, Joe, is an aggressive judge, the transformation of her persona was surreal. I'd rather forget that.

Untamed Gourmet is far from being Lidia's Italy. But it's not MasterChef, either. The slowness of it, the emphasis on the rhythm of the land, of life, nature and the piquancy of food that is to-hand, gifted to us, educated me and reminded me of Heaney and poetry. It made me long for boxty. And for all of that I'm grateful.

Episodes (IFC Canada, 11 p.m.) goes from pay-TV to IFC making it more accessible. A very droll satire of the TV racket in L.A., mainly it's about Sean and Beverly Lincoln (Stephen Mangan and Tamsin Greig), an English couple persuaded to remake their British hit series about a hoity-toity boys' school for a U.S. network. It turns out that the network boss who gushed about their show hadn't actually seen it. They are told the U.S. version won't change anything, but on arriving in L.A., they discover that the key character – an elderly, witty headmaster – will be played by Matt LeBlanc. Yes, Joey from Friends. Loadsa fun.

Also note that Jon Stewart returns to The Daily Show tonight (Comedy, 11 p.m.) after spending the summer directing his first feature film. John Oliver, whose excuses for Stewart's absence grew ever more bizarre, didn't do so bad, did he?

In the age of decluttering comes a confusing new trend
September 2, 2013 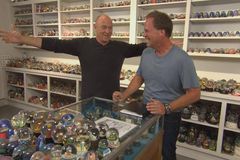 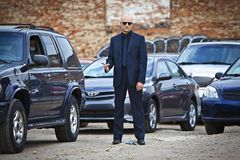 What not to watch and wear: And yes, there are reality shows we can be grateful for
August 29, 2013 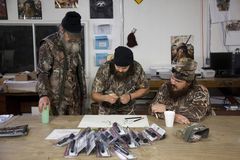