Tens of thousands of Canadians wake up early each day to watch Mass on Vision TV, but when Catholics around the world were learning about their new Pope, the only channel in Canada dedicated to matters of faith was showing a 13-year-old rerun of a short-lived television series.

The channel, part of Moses Znaimer's ZoomerMedia empire, has enjoyed a guaranteed spot on Canadian televisions for the last 25 years, but could lose the designation as the Canadian Radio-television and Telecommunications Commission takes a new look next month at which channels must be included in basic cable and satellite packages. That placement is vital to Vision's survival – $8.6-million of its $26-million in revenue comes from mandatory subscription fees from Canadian television subscribers.

"Twenty-five years ago, it was determined that this service was essential and necessary to the kind of country we would like to evoke and it was given the privilege of inclusion on basic," says Znaimer, whose ZoomerMedia Ltd. bought the channel in a deal that closed in 2010. "So why remove it? It would be a piece of vandalism."

The cable and satellite companies that deliver the channel to more than 10 million homes say they are tired of Vision straying from the religious content it is required to broadcast in exchange for its licence – Murder She Wrote is its highest-rated show and Downton Abbey follows close behind – and want the channel to live or die in the 500-channel universe on its own merits.

"Vision TV is a classic example of a programming service that has been granted numerous regulatory advantages … but has failed to ensure it has maintained a strong audience base," wrote Rogers regulatory director Peter Kovacs in a filing to the CRTC.

Shaw Communications' Dean Shaikh took a similar approach in Shaw's letter to the regulator: "The applicant has not demonstrated that its business model justifies mandatory distribution under the terms proposed."

It's an argument that resonates with many Canadians, who are tired of subscribing to dozens of channels they don't want in order to access the few that they do. Thousands of people wrote to the CRTC during a public consultation period into so-called mandatory carriage – and many of them have said they don't want to pay for any channels they don't watch. (Many also sent letters specifically supporting Vision.)

Some of the channels looking to be included on the basic tier at a hearing next month include Sun News Network and Starlight: The Canadian Movie Channel. Others, such as Aboriginal Peoples Television Network, already have a home on basic but are asking for more money to fund operations.

Of all the applicants, however, Vision is unique in that it already has mandatory carriage and doesn't want to increase the fee charged to viewers.

The CRTC will need to determine which, if any, of the channels provide a unique service.

Znaimer doesn't see a problem with swapping in some alternative content to fill the broadcast day. After all, his licence requires 90-per-cent religious programming. (During the Pope announcement, the channel happened to be airing a rerun of Higher Ground, a one-season show about "a group of troubled students who each have their own background, issues and troubles to contend with.") "We're there and we just want to be left alone," Znaimer says. "Why go out of your way to kill us? … I'm prepared to say in public that the CRTC actually had a good idea once – and this [including Vision TV in basic packages] was that idea."

ZoomerMedia owns several media properties, all targeted at those older than 45 years old. It includes The Brand New One channel (which has about one million subscribers) and British Columbia's JoyTV10. It also operates two radio stations in the Greater Toronto Area, and prints Zoomer Magazine. But Vision is by far the most high-profile service operated by the company.

If regulators decide to bump his channel off basic, Znaimer says, then it's time to ask whether the cable and satellite companies are calling the shots and consider deregulating the country's broadcast sector. Canada has one of the highest rates of media ownership concentration in the world, and channels such as Vision are becoming increasingly rare as these companies build their own specialty channels to sell to consumers as part of packages offered on their own networks.

Most of the time, the channel is broadcasting religious services and airing television shows that focus on diversity and tolerance. It has also spent almost $40-million commissioning new works over the last seven years, good for about 1,020 hours of independently produced content.

"The stereotype of the channel has a lot of people stuck on services and sermons," he says. "People forget we are a major commissioner of Canadian productions, particularly documentaries – we actually spend more on Canadian productions than we take in subsidies.

"This is a watershed moment that could determine if there are any independents left at all in the Canadian broadcasting system," says Znaimer, who co-founded CITY-TV and was instrumental in creating MuchMusic. "If they are allowed to steamroll us with our unique mandate and the small amount of money involved, then nobody is going to survive. Salami slice by salami slice, the independents will disappear … so why not let there be one place where the religions and the races can meet? If you look at the state of the world today, I'd say that's more important than ever." 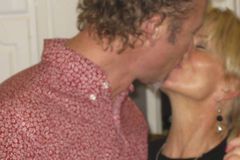 Roll over, Beethoven. Moses has arrived
October 21, 2006
Znaimer may get his own Way
September 22, 2006
Follow us on Twitter @globearts Opens in a new window
Report an error Editorial code of conduct
Due to technical reasons, we have temporarily removed commenting from our articles. We hope to have this fixed soon. Thank you for your patience. If you are looking to give feedback on our new site, please send it along to feedback@globeandmail.com. If you want to write a letter to the editor, please forward to letters@globeandmail.com.
Comments