Predictably, "Whither the CBC?" is now back on the agenda. Well, not as much as the NHL Playoffs are on the national agenda but, given that a lot of people are watching the hockey on CBC, the two matters are not exactly disconnected.

Last week's news that Kirstine Stewart was leaving her position as vice-president, English services, sure got attention. Then came news that Bill C-60, the federal government's budget implementation bill, includes a clause that allows a Treasury Board committee to approve salaries, working conditions and collective bargaining for the CBC, among other Crown corporations. An assault on CBC's independence, some say, and some outrage has ensued. Oh, and there was also the matter of Pastor Mansbridge marking 25 years as anchor of The National, which CBC celebrated. No outrage ensued.

In the midst of it all, author Wade Rowland wrote a commentary piece for this great newspaper, "The CBC Is In Crisis. Canadians Deserve To Know Why." The piece was a distillation of his newly published book, Saving the CBC: Balancing Profit and Public Service (Linda Leith Publishing). The short polemical book is a fascinating read.

The word "crisis" is used a lot. Mind you, it occurs to me on reading it that if CBC is in crisis, then Canada is. So much of Rowland's arguments about the CBC's role are based on ideals that are no longer held by individuals and the federal government. They were held, were noble, and now they're crumbling or have evaporated entirely.

The book says Canada faces "the imminent collapse and possible restructuring of the CBC." That suggestion is based on the possibility of more cuts to the CBC's budget and the loss of rights to air NHL games.

Apart from being an alarmist book, it also offers several proposals for a new kind of CBC. The core proposal is that advertising be eliminated on CBC-TV and not reintroduced to CBC Radio. Since competing commercial TV broadcasters complain that CBC accumulates ad dollars, the missing ad revenue would be replaced by the redirection, to the CBC, of subsidies the federal government currently gives to commercial TV in Canada. It would all even out, since those commercial broadcasters would get the ad dollars CBC has been taking. And, Rowland suggests, pro-sports broadcasting should be eliminated from CBC, a move that would also please private broadcasters.

The point is to return CBC to its true role as a public broadcaster. That is, "enhance public life and enrich individual lives rather than service advertisers."

Interesting idea, but based on principles that nobody holds any more.

The days when the principles of "public service" and "civic duty" – the essence of Rowland's context for CBC's role – mattered in Canada are over. There is outright hostility to them and to everything the CBC's role as a public broadcaster encapsulates.

While it might seem fair to be alarmed by another cut to the CBC's budget, we do live in a time when a cut to the budget of Elections Canada stirs little outrage. Elections Canada is tasked with ensuring that our democratic system works and works well. Only 38.8 per cent of eligible Canadian youth voters – aged 18-24 – cast a vote in the last federal election. That's something to be genuinely alarmed about, and Elections Canada might be able to do something about it. But it can't if its budget is cut. And, the fact is, a vast, disengaged youth population represents a crisis more authentic than the matter of ad dollars and hockey on CBC.

See, the notion that voting is a civic duty is as dead as all the reasons Wade Rowland produces for the need for a stronger CBC. Once upon a time the CBC not only expressed Canadian values, but shaped them. There is no longer any consensus on what those "values" are. Rowland writes, "Only a public broadcaster will serve the public interest whole-heartedly and with imagination, creativity and real enthusiasm." Me, I'd say that, right now, "the public interest" is a dead-as-a-dodo ideal in Canada.

We the people elected a federal government that is unapologetically hostile to culture and science. We know that and there are no great nation-defining protests. In the matter of the CBC, it's not that hostility came along with this Conservative government. Successive Liberal governments slashed the CBC's budget and got away with it. The principle that "public service media" (a phrase Rowland uses) was necessary and needed continued, stable funding, started to wither more than a decade ago. In fact it was probably withering when Pastor Mansbridge began anchoring The National.

I don't buy the argument that CBC must become an ad-free, sports-free, PBS-style broadcaster, left to struggle in earnest obscurity. The dictum that supports that idea of "public service media" is dead. It is more suitable and emblematic of our times that CBC continues to exist as it does – struggling for dollars, struggling to define itself, battered and fettered by the federal government, as so many of our once great institutions are these days.

Ask yourself this: Is the CBC in crisis or is Canada in crisis? If there was an authentic crisis there would be an outcry. And there isn't. It's just the way we live now. So many noble ideals are so over. Crisis, what crisis?

Opinion
The CBC is in crisis. Canadians deserve to know why
May 2, 2013 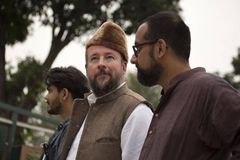 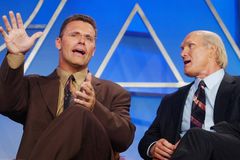 Michael Healey on the nation-building role of the CBC
November 18, 2012