The surprise isn't the vacuous, banal subject matter, the ridiculous, contrived scenes, the nauseating emphasis on wealth, or the catfights.

Anyone who's even vaguely aware of The Real Housewives franchise knows what to expect from the first Canadian foray into this shiny, centimetre-deep world.

No, the surprise surrounding The Real Housewives of Vancouver is the fact that people here actually seem to care about it.

I have overheard – or been drawn into – countless conversations about this meaningless show in the most unlikely places. Opera gala? Check. Arts reception? Check. Smart, male houseguests (including – gasp – a corporate lawyer) want to discuss the show. So do smart environmentalist/educator lesbians at a neighbour's party.

Even Kathleen Edwards was talking about it at her recent Commodore Ballroom concert. (She claimed she watched it only because the remote control at her Victoria hotel happened to be stuck on the channel showing the season premiere. Yeah, right.)

I will emphasize that none of these people has anything good to say about the show. They are united in their disgust. But that doesn't affect what is quickly seeming like phenomenon status for the show.

The other night at a bar, for example, another business-oriented man spent a good 45 minutes talking to the bartender – also male – about whether it was at all possible that Christina is really only 30 years old, along with other points related to the show. Forty-five minutes!

Meanwhile, the Housewives have become the go-to celebrities about town. When quizzed about what he wanted to see during his stay in Vancouver, a recent visitor confessed: a Housewife. Friends call from Toronto and, after asking whether Vancouver women are "really like that" (no), they gush about how beautiful the city is.

And we thought the Olympics would put us on the map.

Sunday night, TV nirvana for many of us, I watched Mad Men and thought about that great female-powered episode a couple of weeks ago. Peggy defied traditional gender and class expectations during a feet-up-on-desk encounter with Roger. Joan was back in take-charge mode heading straight for single motherhood.

Over on HBO, meanwhile, four smart, quirky women wade through life on the fictional but real-feeling Girls. And in Veep, we have a female vice-president. She's hardly perfect but she's not Sarah Palin stupid. Even if she has no real power, she's a woman in charge – and concerned with politics, not pedicures.

Wednesday night, though, it's back to women whose only real power is their credit cards, paid for the most part by men (current or past), and, well, the thing that got them those men to begin with. It's an uncomfortable step backward for women that smart Vancouverites may hate – but can't help talking about.

So do I watch? Yes. It's my job. But that doesn't mean I don't enjoy it in a sort of horrified, it's-the end-of-the-world kind of way.

I asked a few weeks ago, in relation to another topic – the closure of a longstanding theatre company – whether Vancouver is becoming a cultural backwater. I'm afraid the impact of The Real Housewives of Vancouver forces me to ask this question again. Are we really that small that this show is such a big deal?

Despising it is much more of an endorsement than ignoring it. 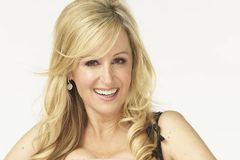 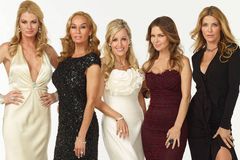