The departure of Letterman, on his last Late Show with David Letterman (CBS, 11:35 p.m.) on Wednesday, obliges us to look at the late-night landscape and be afraid. Be very afraid.

We're in one of those periods of massive change in late-night TV.

First went Leno at the age of 64, then Letterman, 67, announced he was retiring, and next it was Craig Ferguson, 51. And Stephen Colbert departed The Colbert Report to take Letterman's slot, then Jon Stewart announced he's leaving The Daily Show. All changed, changed utterly. To follow that "changed utterly" bit from W.B. Yeats, the obvious conclusion is Yeats's own, "A terrible beauty is born."

Well, is it? No. After Letterman, nothing. Nothing as weirdly cranky, subversive and strange. It's not just that the older white guys of late-night TV are walking away, as some of them must. It's that what happens next is a void.

This isn't a matter of nostalgia for the good old days. The good old days were just the other week, when you could savour Letterman, Stewart and Colbert in a late-night bender of sarcasm, irony and ridicule for the political and pop-culture status quo.

Already, the new era looks a lot less fun. Jimmy Fallon's manic, juvenile skits and bits, packaged for instant viral fame, are more irritation than thrill. Over on The Late Late Show on CBS, James Corden has settled in well, but his deep and abiding affection for celebrities of all levels of achievement is undermining his own natural gift for mockery.

On Late Night with Seth Meyers, the host has a gift for saying the obvious and the show's obsession with social media in his jokes and interviews smells faintly of desperation.

Where Colbert once maniacally mocked all things right-wing from politicians to harrumphing cable news hosts, Larry Wilmore concocts brittle humour from incidents of racism and then makes dubious comedy with a motley collection of guests. It's not that Wilmore is short of material. The steady flow of race-related news is staggering. But where Colbert stunned us with inventiveness, Wilmore is often trying desperately to prise something memorable from his guests.

These judgments might seem harsh. But this period demands harsh appraisal. Allow mediocrity to flourish and all of late-night is doomed.

The template for the late-night show – host, band, sidekick, monologue, guests – was, of course, established on The Tonight Show, and everything is influenced by that. The major change in the late-night arena has been the satirical shows on Comedy Central.

The combo of Stewart and Colbert shifted everything sideways and only Letterman was capable of thriving with that satirical competition on cable. Stewart will exit soon and while most people wish replacement Trevor Noah well, it's not going to be same, is it? The departure of Samantha Bee and Jason Jones is early warning that a glorious period is fading into memory.

Like Johnny Carson, Letterman has been in people's living rooms for a very, very long time. Like Carson, the personal Letterman was always thought to be unknowable. That has changed as the end has been nigh. Lengthy interviews and profiles in many publications have revealed Letterman to us. His personal disappointments and insecurities. His family life. The fact that the birth of his son, Harry, now 11, seems to have made him genuinely happy and a more open person. His fear that, some months from now, he will fully realize that he's finished with late-night TV and it will be hard for him to take.

That's all very well. But Letterman won't be remembered as a happy man with a great family life. He will be remembered for his trademark smirk, his seething contempt for cliché and the happy-talk cant of showbiz ritual. For his originality, weirdness and intuitive reach for the genuinely absurd comedy, not the easily packaged kind.

He can't be matched, his like will not be seen again and, after him, everything seems second-best, second-rate. 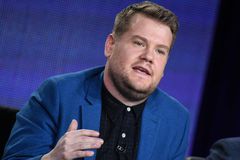 John Doyle: Jon Stewart was part of a TV revolution and started his own
May 12, 2018 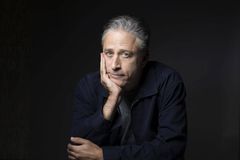