In colleague John Ibbitson's book about Stephen Harper, he spends some time on the axis of the relationship between Harper, Israeli Prime Minister Benjamin Netanyahu and U.S. President Barack Obama.

"Harper had a friend and ally in Netanyahu," Ibbitson writes and then explains that, among other things, they shared a disapproval of Obama, seeing him as "dithering." Harper had "grave doubts about Obama's spine," we're told, while Netanyahu saw Obama as guilty of "Munich-like appeasement toward Iran." The two men, Harper and Netanyahu, would talk often "in mutual bewilderment" about the dithering man in the White House.

In the matter of bewilderment, though, Netanyahu takes the cake, to much of the world. So hostile to the Obama administration, taking the relationship between Israel and the United States to an extraordinarily low ebb. Who is "Bibi" Netanyahu and why is he so belligerent, abrasive and cocksure?

Frontline: Netanyahu at War (PBS, 9 p.m. Tuesday) is a major, two-hour documentary (by filmmaker Michael Kirk, who also made United States of Secrets, Bush's War and The Choice) that follows the polarizing Netanyahu's road to power, and goes into detail about his dealings with several U.S. presidents, attempting to evaluate the meaning of those relationships in the context of politics in America and the Middle East.

Almost the first words we hear are, "The PM has a messianic notion of himself." They are spoken by former adviser Eyal Arad, who adds that his old boss believes he is "a person called to save the Jewish people." Someone else says, "He wants to be the new Churchill, to stop Iran in the way Churchill stopped the Nazis." And this, too: "He believes he will go down in history as the person who warned us all it would come true."

Then there's a fast-forward to now as Peter Baker of The New York Times says of Netanyahu's 2015 speech to Congress, "It was extraordinary, to undermine a president like that." And we're told, "the President was livid, he saw it as an affront."

But where did the "messianic notion" and belligerence come from? If you are not a scholar of Israel and are puzzled by the tension between the United States and Israel in recent years, the step-by-step chronicle of Netanyahu's life is as gripping as it is fascinating.

As often happens, the story of the son is anchored in the father. Netanyahu's father, an academic, spent years in the United States, bitter that he'd been denied tenure in Israel and convinced that it was because of his right-wing views. Others would describe him as "paranoid." Netanyahu senior believed Israelis were like naive children, blissfully unaware of the danger posed by almost every other country on the planet. His was a cause and an attitude that his son would craft into a political movement.

The younger Netanyahu's formative years in the United States gave him a confidence that he understood that country better than anyone else in Israeli politics. He would always know which buttons to push. Others describe him as "a trainwreck waiting to happen," but he wasn't bothered.

He went to Israel to "dig trenches" during the Six-Day War of 1967. By 1972, he was in an elite commando group that successfully stormed a Sabena airliner that had been hijacked by the Black September terrorist group. In 1976, his older brother Yoni was the only Israeli soldier killed in the mission to rescue hostages held on a plane in Entebbe, Uganda. Yoni, whose personal letters were published to acclaim, was a national hero and Benjamin Netanyahu began to use his family's iconic status to forge a political career.

At the core of the documentary is Netanyahu's bitter campaign against the Oslo Accord of 1993. (There is excellent insider info on then-president Bill Clinton's massaging of the meeting between Palestine Liberation Organization chairman Yasser Arafat and then-Israeli-prime minister Yitzhak Rabin at the White House.) The ugliness of the subsequent attacks on Rabin still fuel rage at Netanyahu today. The 1995 assassination of Rabin is blamed on him, although Netanyahu's supporters vigorously argue against that interpretation.

In the swirl of Middle East politics and the ceaselessly shifting sands of alliances and alleged betrayals, it can be difficult to keep a figure such as Netanyahu in focus. Here we get a thorough, hard look at his journey. Some will argue against the emphasis on Rabin's assassination and others will say the essence of the story is less about Netanyahu's father and more about the evolution of Israel itself. But however it is interpreted, it is an epic drama, this man's life so far. It's called Netanyahu at War because he is, really, always at war.

New Girl (Fox, City, 8 p.m.) is back after a long absence. Tonight: "Jess plans an engagement party for Schmidt and Cece, not realizing Cece's mom isn't aware her daughter is getting married." There is also a Bollywood dance number. Later this season, Jess will disappear on jury duty (Zooey Deschanel was pregnant and gave birth a few months back) and her room will be rented by new, new girl Reagan, played by Megan Fox. Got that? Whatever the slapstick, it would be nice to see more of mad Schmidt! 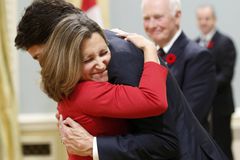