The 11-part series is like nothing seen in recent years. It's substantial in intent, serious, searing at times in examining toxic issues of race, religion and class. On the evidence of the first few hours, it has a very sharp edge, a number of characters that will give you the creeps in terms of their utterly plausible, grim prejudices. The series has the sinew and fibre of landmark television.

It's about a crime, but not told in the usual manner of constructing the narrative around the police, the legal establishment and other authorities. It's a slow-building, slow-burning portrait of the effect of the crime on the people whose lives are affected. Exactly where you might put your sympathy is a mystery. This is about a mess of a very ordinary sort. Tragic, but lacking any sense that an uplifting ending is on the horizon.

The plot starts simply. A young white man is murdered. The police quickly lay charges against a Mexican-American teenager, Tony Gutierrez (Johnny Ortiz). It's not clear what happened. But to the murdered boy's mother, Barb Hanlon (Felicity Huffman), it's very clear. She wants vengeance and her loathing of Mexican-Americans and others who aren't white and middle-class, is fierce.

See, Barb's divorced from the boy's father, Russ Skokie (Timothy Hutton), whose gambling addiction years before made his family homeless and penniless. Barb's experience living poor and among people she considers beneath her has made her bitter. Barb's no caricature – there's a terrifying logic to her hatred.

It's written by John Ridley, who won the Academy Award for best adapted screenplay for 12 Years a Slave. In fact, the morning after he accepted the award, he flew to Austin, Tex., to begin filming the show. Speaking in January, when American Crime was previewed for critics, Ridley was anxious to emphasize that the drama does not seek to exploit specific, recent toxic incidents in the United States, such as the shooting of Michael Brown in Ferguson, Mo.

"When we originally started working on this show, there were times where I thought, 'Well, maybe we're not relevant any more. Maybe we've moved past certain things.' And then as the show was moving along, very sadly I realized that we were actually predating some things and that the reality is, unfortunately, these events remain cyclical in this country.

"It was never our desire to try to exploit any of these things. But at the same time, you want to build the space where people do recognize that it, this drama, is not purely empty entertainment."

It would be redundant to overemphasize the cable-like quality of American Crime, but it is distinctly different in style from most network productions. Scenes are long, the pacing is deliberate, anchored in the simmering rage of characters, and those characters are deglamourized. There is virtually no music used to set the scene or change the mood. All is stark, and if you need warm and fuzzy, look elsewhere.

Another distinctive trait is its direct treatment of religion and faith, something that is essentially a no-go area in network drama. Ridley said, "One of the things that's very strong about this show is we deal very much with family and faith.

"And we examine Christianity. We examine Catholicism. We examine the Muslim religion. We're not trying to be indicative of any one aspect of those faiths, but how those faiths drive and strengthen people.

"And sometimes when all else falls away, that what remains is faith, whether it's religious faith, whether it's faith in a secular system, or what have you. Having an opportunity over the length of the show to look at faith through many different aspects was very, very important to us."

Ridley is a serious man, a gifted writer and American Crime is serious TV. It is baldly compelling, unalloyed and unnerving. In a period when there is a ton of great TV to enjoy, this, too, is must-see.

The Antibiotic Hunters (CBC, 8 p.m. on The Nature of Things) is a doozy. Produced by Vancouver-based Dreamfilm Productions it tackles a matter we don't want to think about – our ever-increasing resistance to traditional antibiotics is becoming a global health problem. As much as there is horror at the anti-vaccination movement, we are truly going backward if people are dying from simple infections. And there are the "superbugs" that defy antibiotic treatment. So, where will the next generation of saviour drugs come from? There are people searching. As we see here, they find hope in the slimy fur of jungle sloths or the saliva of Komodo dragons. Has to be seen to be believed. 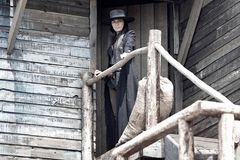 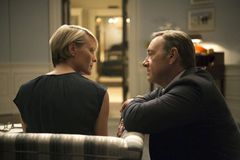 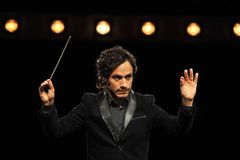 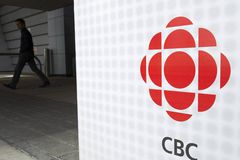