You gotta wonder. You really do. One minute we're here listening to Harvey Weinstein and the cast of the upcoming BBC/A&E version of War and Peace. A minute later, Khloé Kardashian is here to talk up her new show, Kocktails with Khloé.

What is this thing? Well, the official description is this: "Kocktails with Khloé raises the bar on the fun, surprising and real conversation that happens when friends get together at home to dish on their lives, pop culture, fashion, celebrity gossip and more. The series will reflect what Khloé does at her own home: hosting meals, sharing opinions and experiences, encouraging fun and honesty, and inviting friends to join the party."

My posterior. For 30 minutes, Khloé told us how great her life is and how excited she is about the show. It was a subdued kind of excitement, mind you, because she assumes everything about her is fascinating. She has 18 million followers on Twitter, for heaven's sake. Now all she has to do is have some peeps over to a studio rigged up to look like her home (as if!), and the public will watch, agog.

I'm not up on the Kardashians. I think Khloé is supposed to be the witty one. But I am, like many, mystified by the Kardashian phenom. The narcissism, the naked greed, the ceaseless posing and preening. The endless selfies on Instagram, all bosom and backside.

Here's the thing that occurred to me as I listened, stupefied, to Khloé. Those iconic figures our society admires so much – Steve Jobs, Mark Zuckerberg and the Twitter founders – did not only enable connectivity and "social" media. They enabled people to disappear up their own rear ends, and the result is the Kardashians. The Kardashians are merely tops at piggybacking on the technology that enables a mass celebration of self-adoration.

Khloé Kardashian sat there with her producer Craig Piligian, who looked like he'd died and arrived in heaven (the show is on the FYI channel, starting Jan. 20, if you really must know) and burbled away. It was one of the strangest pitches for attention I've ever seen. It was so blithe, so astonishingly arrogant, I was surprised that Khloé bothered to show up. She could have sent a selfie with a 140-character message.

But she did and she murdered us with look-at-me inanity. "I think it's just really important to be authentic and to stay true to yourself. And that's why Kocktails with Khloé is so easy for me, and it's such an organic fit. Because we've kind of mimicked it off of an organic conversation that Craig and I had. And I was explaining these kind of fun dinner parties that I tend to have at my house all the time and how people seem to just let their hair down and have a few drinks. And we play a ton of games, and it's a way that I get to, ah, instead of having your standard structured dinner party where you're, like, 'How are you? What did you do today?,' it's more, like, when you play these fun, interactive games, you get this silly element that so much more information comes out from people."

Phew. This is a TV show? Watch these people talk about themselves, take photos and have "kocktails"? It's a no-brainer in the Kardashian universe.

And by the way, "There's going to be hidden cameras, so there's no cameraman, there's no sound man. So when people come into the room, they're not going to be kind of walking around cords and cameramen. And I think that puts your guard down a lot when you don't see cameras right in your face. So you don't, ah, you're not really freaked out by that. And after a few glasses of alcohol you kind of forget there's cameras there."

But, but, how is this going to be different from the mothership reality show Keeping Up with the Kardashians? How different are those conversations going to be? Khloé was shocked by the question. Shocked, I tell you. "I definitely think they're different because the Keeping Up show is really, like, it's just about me and my family. And this is going to be interactive with so many different types of people from all different, like, walks of life. I want to keep it very versatile. I want the conversations to be really raw and gritty and just honest and natural. I want it to be as authentic as we can."

But, but, will other Kardashian family members be on the show? Yes, of course: "Definitely family members, because I also think that's where we thrive and we are the most comfortable," Khloé said, with the air of somebody stating the obvious to a gathering of morons.

No, Khloé is not the witty one. She's like all the Kardashians. Media savvy in the celebration of self.

How to explain it all or merely deride it? There are many avenues. One is the impossible image of female perfection that the Kardashians inflict.

In her book Bossypants, Tina Fey wrote this: "Now every girl is expected to have Caucasian blue eyes, full Spanish lips, a classic button nose, hairless Asian skin with a California tan, a Jamaican dance hall ass, long Swedish legs, small Japanese feet, the abs of a lesbian gym owner, the hips of a nine-year-old boy, the arms of Michelle Obama, and doll tits. The person closest to actually achieving this look is Kim Kardashian, who, as we know, was made by Russian scientists to sabotage our athletes."

Fey throws in a joke, of course. But there's nothing funny about the Kardashian phenomenon. It's technology-enabled narcissism and the fact that it empowers so many to imitate it is even more troubling than this thing, Kocktails with Khloé. A curse on all of them.

Jekyll and Hyde (CBC, 9 p.m.), a new miniseries, continues CBC's policy of delivering a lot of Brit drama. And it furthers a recent trend of messing with classic stories. This version is a hallucinatory twist on the original Dr. Jekyll and Mr. Hyde. We meet Dr. Robert Jekyll (Tom Bateman), grandson of the original, in the 1930s as he's working in a clinic in Ceylon (Sri Lanka to us) and being a good man. He has no idea about his origins. Then things switch to London. And soon we're watching a fantasy-thriller. This Dr. Jekyll has a genetic defect that erupts when he gets angry and it makes him nasty, oversexed and equipped with enormous strength. Others know about this. Conspiracy and shenanigans ensue. It's gorgeously made, but maddeningly lopsided with the fantasy and special effects. 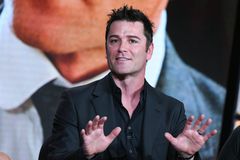 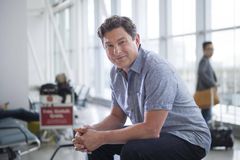 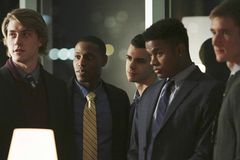