I am happy to report that Anne (Sunday, CBC, 8 p.m.), the new CBC/Netflix incarnation of Anne of Green Gables, is striking and fresh.

Lucy Maud Montgomery's Anne Shirley is one of the most appealing figures in literature, a girl who is so enamoured of imagination, words and wonder itself that you'd think it would be hard to go wrong with the story. She's a universally understood and adored character. But, in the Canadian context, there are issues. Mainly nostalgia.

The 1985 Kevin Sullivan adaptation that starred Megan Follows as Anne, along with Richard Farnsworth and Colleen Dewhurst, is generally considered a classic. It also led to three sequels and spawned Road to Avonlea and Wind at My Back. And then there was another Montgomery adaptation, Emily of New Moon, in the same vein. That era, a time when CBC had a more vital and dominant role in Canadian TV, before the arrival of specialty cable channels, creates its own kind of nostalgia and longing.

Things were more fixed then, anchored in a particular interpretation of Canadian values and culture. The period featured a lot of sweetness and sentimentality. CBC had a pinafore saga every Sunday night – days of cute kids in costume playing ring around the rosy in a field in the Maritimes. Days of innocence.

Anne is adapted this time by Moira Walley-Beckett, who wrote some of the most striking episodes of Breaking Bad. The leap from that to Anne of Green Gables might seem an extraordinarily risky one, but it makes sense. Anne is a rebel, after all. A classic one. This version, on the evidence of Sunday's two-hour opener, is not reverential, nor is it overcontemporized, but it affords Anne Shirley an agency that is formidable. There is such fierce, uninhibitedly direct longing and defiance in this Anne.

A good deal of the drama's energy relies on the young actor playing Anne, and Amybeth McNulty is simply stellar. The young Irish-Canadian actor, who really only had experience in the dark Irish TV crime drama Clean Break before this, brings a verve and ardour to the role that is utterly endearing without ever veering into the twee or saccharine.

In simple terms, the narrative is a coming-of-age story. It's about an outsider who longs for acceptance and inclusion, to love and be loved. Here, the story of an orphaned girl traumatized by orphanages and by life in the homes of angry strangers is a tiny bit more barbed. It seems more connected to a Bronte spirit and to the tone of those Victorian novels about an orphan desperately in search of a home and fireside. In the opening scenes here, it is made very clear that Anne's constant talking and vivid renaming of everything around her is a frantic trick to mask the pain she carries. When Anne says, quoting something, "My life is a perfect graveyard of buried hopes," she means it.

Geraldine James as Marilla and R.H. Thomson as Matthew Cuthbert perform with aplomb. Thomson in particular seems attuned to the tone of this adaptation. He often remains immensely still rather than simply silent and there is a rueful quality to that stillness as Marilla gently berates him or Anne chatters away eloquently and colourfully about the depth of her feelings.

Walley-Beckett has said of this adaptation, "Anne's issues are contemporary issues: feminism, prejudice, bullying and a desire to belong. The stakes are high and her emotional journey is tumultuous." There is evidence in the first two hours that the reflecting of contemporary issues is subtle. Mainly, all of that is embodied in the sheer physical force and drive of McNulty's devotion to optimism and the surmounting of barriers that have been placed in her young life.

The opening credits are a clue to the direction this adaptation is taking. The Anne figure is presented as a gorgeous force of nature, an emblem of beauty and power. And it is somewhat startling to find the Tragically Hip's Ahead by a Century used over the opening credits. It's a song with profound resonance for so many Canadians. And the line "Illusions of some day casting a golden light" amply works its magical power here.

"I like imagining better than remembering," Anne Shirley says at one point, obviously to camouflage pain, but there is emphatic truth in it. And that statement is great context for this adaptation.

It imagines rather than remembers or reveres previous versions, no matter how beloved they were. This Anne should be approached and appreciated in the same spirit – it's a sublimely reinvigorated Anne of Green Gables.

Russell Smith: The Blue Whale game and how the news can imitate art
March 14, 2017 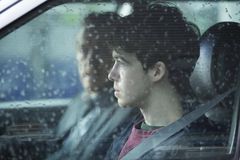 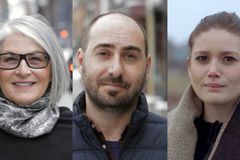 Heinz launching ketchup ads inspired by Mad Men agency
March 14, 2017
Follow John Doyle on Twitter @MisterJohnDoyle
Report an error Editorial code of conduct
Due to technical reasons, we have temporarily removed commenting from our articles. We hope to have this fixed soon. Thank you for your patience. If you are looking to give feedback on our new site, please send it along to feedback@globeandmail.com. If you want to write a letter to the editor, please forward to letters@globeandmail.com.
Comments