As I write this, Hillary Clinton has determined and declared that Donald Trump is "unhinged." Apparently Trump stayed up all night and spent his time on Twitter making outrageous allegations about Alicia Machado, the 1996 Miss Universe winner whom Trump is accused of bullying because she gained some weight.

That is not "unhinged." It's a guy many women are familiar with – the jerk who takes to social media at night to unleash hate and slanderous remarks against a woman. Still, it is fodder for political debate and CNN is, of course, all over it.

The vice-presidential debate (multiple channels, 9 p.m.) is on tonight. It features two guys you hadn't heard about until recently. Senator Tim Kaine from Virginia, Hillary Clinton's running mate, will debate Mike Pence, the governor of Indiana and running mate to Trump. Pence is a first-term governor and served over a decade in Congress. Kaine is a former Democratic National Committee chairman who was also governor of Virginia and mayor of Richmond, Va. Kaine's task, CNN is telling me, is to push forward the view that Trump is unhinged and Pence's task is, essentially, to keep on about Hillary Clinton being "crooked."

The United States is strange, you will have noticed by now. And utterly compelling. Which brings us to Atlanta (FX Canada, 10 p.m. and on-demand), which is the best show you're not watching on TV. Critically acclaimed, it has nothing like the kind of giddy coverage that many new series have generated.

Launched in early September, Atlanta is comedy about a man who plans to manage his cousin, a rapper, to the top of the hip-hop racket. That's the gist but, obviously, not the half of it. The show is a comedy in the way that Louie or Aziz Ansari's Master of None are comedies – surreal, loping journeys through life from a skewed perspective. But a perspective that feels utterly authentic. And if you want to know what it feels like to be an American of a certain age and background right now, Atlanta delivers masterfully.

The series is the creation of Donald Glover, best known from his role on Community, but a multitalented, writer, director and musician, and Atlanta is as remote from the Community type of sitcom as it is possible to get. Glover plays Earnest (Earn) Marks. Some might say he's a young man drifting through life, but the reality is that he's trying to scrape together enough to stay alive.

He's living with Vanessa (Zazie Beetz, who is wonderful), his daughter's mother, and she'd like him to help pay the rent, which he can't. His parents have disowned him and he's working an utterly dead-end, low-paying job.

The sum of his hopes is slim. He'll try to turn his cousin Alfred (Brian Tyree Henry), known as Paper Boi, into a hip-hop star. Paper Boi is understandably skeptical and already has a sidekick who acts as a sort-of manager. That's Darius (Keith Stanfield), who is usually stoned. Also, in this world, everybody does a little drug-dealing on the side and, maybe, that's where the money can be made. You can tell they're thinking that.

Glover has said he wants the show to "capture how it feels to be black." That's already a famous statement and it has resonance. But there are no speeches about race, no storylines set up to point a finger at systemic racism. Instead the show lopes along with its own rhythm and specific tone. Sometimes it is gloriously funny and, at the same time, you have the uneasy feeling that you are watching a grim tragedy. In fact, Atlanta is impossible to define. One American review said, "This series is practically its own genre," which is uncannily true. At times it is observational and at times it is outrageously constructed to deliver harsh but surreal comedy. Mostly, it is about the business of scraping by – the intricacy of making a little money inside a system that constantly works against you. Many of the scenes that are funny yet bitter are about food and eating. This is not played up as a theme; it's just a subtle reminder that the most basic of needs can be hard to fulfill if you're not middle-class and white. And tellingly, its use of the colloquial American voice is emphatic. The characters talk in a way that no politician of any stripe speaks and, once you recognize that, the fact is unnerving.

Atlanta is not a statement show about the United States today. And yet it is, while never making any overt statement about anything. It might be the best and most revealing storytelling about ordinary Americans since The Wire – it's that impressive and American and strange, in the best way. 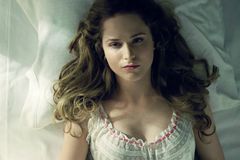 John Doyle: In the matter of Amanda Knox, you know nothing
September 28, 2016 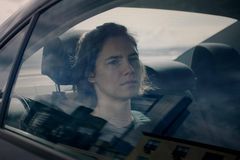