Start small and stay small. It's what most sitcoms do.

On cable, comedies tend to wander away from this bedrock of the sitcom format. They reach for larger vistas and push back at the traditional limitations. Some do it splendidly. But not many work. HBO's Ballers and The Brink are cases in point – there's not much memorable comedy there.

Sex & Drugs & Rock & Roll (FX Canada, 10 p.m.) stays fairly small and is the better for it. It's the creation of Denis Leary, working largely on his own. On Leary's best-known shows, Rescue Me and The Job, he had a collaborator to help refine his stand-up style of funny into a bigger, better structure for TV.

The show works, but barely. It grows on you, this odd, uncomplicated satire of the music business in general and aging rock stars in particular. Of the five 30-minute episodes for review, each has a core of great comic scenes and a few brilliant jokes. If you're over 50, like the show's main character, and you have some inkling of how pop music works, you might adore it.

"This is the face of a 50-year-old rock star," sneers Johnny Rock (Leary) when confronted with the suggestion that he's old and out of touch. His face is wrinkled, a bit haggard and he has a hairdo from the heyday of Hall & Oates. The premise is that Johnny was the lead singer of a legendary New York band called the Heathens. The band was legendary, in the late nineties, for their excesses in sex and drugs. Even the Rolling Stones told them to slow down a bit. But the band was much-loved for a handful of songs and the shambles they became.

Now, Johnny's been inveigled into kickstarting a comeback. The reason is the appearance of a daughter he never knew he had. That's Gigi (Elizabeth Gillies) who is an up-and-coming singer and wants Johnny to write songs for her. The fact that she's sleeping with Johnny's old songwriting partner from the Heathens, a guy named Flash (John Corbett), complicates things.

The upshot is Johnny takes up the challenge and that means reconnecting with his old crew, including Flash, drummer Bam Bam (Robert Kelly) and bass player Rehab (John Ales). As Gigi snaps at him, "I don't need a Dad. I need a goddamn songwriter!"

At first the funny is anchored in Johnny's attempts to stop drinking and using drugs to keep Gigi happy. This amounts to Johnny unleashing rants about the Stones, the Ramones and the Replacements doing their best work drunk or stoned. John Lennon got boring when he was sober, Johnny points out. Lennon started writing songs about baking bread.

Johnny also has sport with contemporary music. Katy Perry is dissed several times. And at one point Johnny observes, "Every time I hear a Radiohead song I feel like I'm failing the SATs all over again."

As often with Leary's humour, especially when he's flying solo, the material wanders all over the place. But it often comes back to a core strand in his work – his Irish-American background. One of the funniest bits in the early episodes is the unveiling of a song-cycle by bassist Rehab on the subject of the Irish Famine. "Clouds of death are in the sky," it begins.

It's not giving much away to tell you that Johnny's sobriety doesn't last long. A song he writes while sober produces this reaction from Gigi, "Dad, that song sounds like something Sting would write if he was living inside Sarah McLachlan …" Actually, in truth, the full joke refers to Sarah McLachlan's lady-parts, but you get the gist.

There have been many attempts to use rock 'n' roll for hilarious satire. Some have worked splendidly, from This is Spinal Tap to the series Saxondale, in which Steve Coogan played a former roadie for big-shot rock bands who in late middle age runs a pest-control business. Coogan's blistering mockery of an aging Brit rocker still droning on about the glory days was priceless.

Sex & Drugs & Rock & Roll doesn't reach those heights. It stays small-scale and focused on its core characters. But it rocks, in an adorable, steadily funny way. Like when we look back at the music we adored in our youth and think, "Aww, that was so sweet."

HBO's Ballers is a football comedy with more than one false start
June 26, 2015 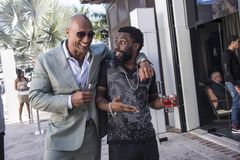 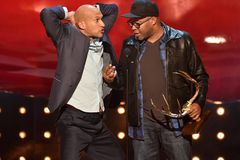 Why TV networks are dialling down divisions and sharing shows
June 26, 2015 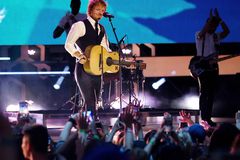