A person needs to keep a close and constant eye on the Canadian TV racket.

Look away for a minute and shocking events unfold. In the blink of an eye, every pundit in this great country has pontificated already. Most know nothing about television but being "in the media," they like to pronounce.

So I go away to Moncton for the Women's World Cup – referred to by many locals as "the girl's soccer" – and before I've landed, Evan Solomon's been fired by the CBC. It was reported that Solomon had an on-the-QT sideline as a broker for fine art, using contacts to earn big commissions. Out the door he went.

This was a stunner. First thing I thought was no, I'm not going to stop using the term "the Canadian TV racket." It's a racket. Plain as poke in your eye. It seems the purpose of a career in it, as we've learned from revelations about Solomon and business correspondent Amanda Lang, is to accumulate a huge heap of cash on the side. Brigands, the whole bunch of them.

It's revolutionary, this firing. If you connect the dots, you could well say that Canadian TV, as we know it, is dead. What was common last year is over. All changed. The evidence is all around us.

There's a fierce amount of trading and weird duplication going on. The gentle little comedy Young Drunk Punk, created and starring Bruce McCulloch, debuted on Rogers-owned City channels a while back. Next thing you know its part of CBC's ballyhooed new line-up. Mr. D, getting laughs on CBC for a few years, is going to be on Rogers soon. Blackstone, a serious-minded drama struggling to get attention on APTN is also going to be on CBC.

It's all, "I'll swap your Canadian content for mine. Nobody will notice." A racket. Mind you, one thing that won't change is this: If you were on SCTV or Kids in The Hall, you are set for life, totally. There's revolutionary and then there's change that just isn't going to happen.

With all the swapping, one imagines that Solomon will show up doing hockey punditry on Rogers channels. And George Stroumboulopoulos will be back on CBC hosting Power & Politics on CBC NN. Every question to a politician will begin, "Hey man …"

Then there's Netflix. Why, just the other month – or maybe it as was as long ago as last year – the entire Canadian racket was up in arms about Netflix. Spitting venom, bawling in complaint. The rascally streaming site was taking away viewers and eating into the heap of cash that's usually just there.

Now if you're not in bed with Netflix, you're not getting any action. You're nothing. A wallflower.

Somebody – was it Bell Media? – tried to kill the Degrassi franchise. As if. Along comes DHX Media, which owns Family Channel, and saves it. Mainly, it seems, by getting Netflix on-board for an international audience. Netflix also revived Trailer Park Boys. We've already had the very strange-bedfellows situation of City, Netflix and the Rogers/Shaw-owned shomi service backing the survival thriller Between. It was bad, but it got made. While the CRTC was fuming at Netflix, major players in the racket were giving it come-hither looks. Strange.

And on the subject of the CRTC: Oh my. As the Canadian Press revealed, inside the usually secretive body, there has been ugly sparring about travel budgets, complete with threats to tattle to the PMO. It's like a mini-Senate, the CRTC. Listen, if some CRTC honcho is looking for money to do a lot of travel to talk about TV, they could look to Netflix for a gig. Netflix has the biggest heap of cash of them all.

It's amazing, these dramatic changes. I haven't even touched on the looming pick-and-pay cable system. Some channels might disappear in that.

All the change is symbolized, illuminated, in CBC actually firing a well-connected person of privileged background on a heap-of-cash issue. It's still a racket, the Canadian TV business, but the old version is dead. And some people dance on its grave. 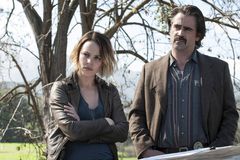 Doyle: Canada needs to start playing like a winner if it hopes to survive
May 15, 2018 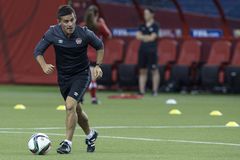 Doyle: Brazil is brilliant, and cannot be outplayed
May 15, 2018 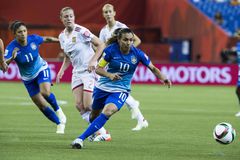