In the Canadian TV racket, everybody is No. 1 at something.

Either the broadcaster has more hits in the Top 10 or it reaches more women viewers or it has more specialty channels that reach twentysomethings or it has Don Cherry or it offers better coffee to TV critics. It's a bewildering, boastful business, the Canadian commercial TV arena. What it needs, though, are hits, and mostly those are bought in Los Angeles and then trumpeted as must-see shows to advertisers back in Canada. This is done with fingers crossed and silent prayers behind the boasting.

On Monday, Rogers hosted a breakfast chat at the Rogers Centre. There was coffee and croissants, banana bread, a yogurt thingy and an egg concoction that people stared at and moved away from. (Full disclosure, I had coffee.)

The Rogers Media execs seemed a tad nervous, to be honest. The Rogers slogan for this season is, "Bigger. Bolder. Better," which might explain the nervousness. It's pretty lame. Mind you, Rick Brace, the president (I think), was cheery and smooth. Everything's great, was the message. Rumours of the death of conventional TV have been exaggerated. Canadians spend 28.5 hours a week with conventional TV, which is only a slight decline since Netflix and all that social-media stuff entered the fray to distract people. Nothing to worry about.

Colette Watson, vice-president of television and broadcast operations, said the trick with buying or commissioning new shows is aiming for six to 10 episodes only. That's what viewers like, you see. It could be that the old 22-episode season is dead because people need time to update their status on Facebook. But nobody said that. In any case, Watson is super-pleased to have acquired Lethal Weapon, based on the hit movie, and the new versions of 24 and Prison Break. Since they're all brand-name shows, that, my friends, is playing it safe.

Scott Moore, who runs all things sports, declared that Rogers Sportsnet now has more viewers than TSN and is Canada's third most-watched network behind CTV and Global. Then I had to leave and write something. I missed the big pitch to advertisers and interviews with the stars of new shows.

The Bell Media presentation was excruciating. And I use the word advisedly. The new season slogan is "Just Can't Get Enough" and after 10 minutes I'd had more than enough.

"We killed it at the L.A. buy!" some executive asserted. This is the proudest boast in Canadian TV. Somebody went to L.A., watched new shows and wrote cheques for tens of millions of dollars. Another exec used the extraordinary phrase, "Consistency is exciting." I wrote it down because it was exciting, obviously. A sales exec starred in a spoof of James Corden's Carpool Karaoke. It was about sales and starred Jann Arden. No, seriously, it did.

As happened at the Rogers presentation there was something of a lecture about how conventional TV is not dead. Definitely, cross my heart, not dead. The notion that millennials don't watch TV is just plain wrong. A vicious rumour. All of this was undercut somewhat by the news that Bell Media is introducing something called "Snackable TV," an app that offers five-minute TV productions. Somebody with a long job title said, "Our sincere thanks to the Canada AM folks." Which didn't sound sincere at all.

A long parade of CTV and specialty-channel "personalities" came onstage, said meaningless things, waved and walked off. (I waved at Ben Mulroney, but he didn't wave back, for some reason.) Russell Peters, who stars in a new CTV show, came along and, amazingly, he was funny. Or it was just that in the context, anything other than "Just Can't Get Enough" would have been hilarious. CTV is immensely proud to have acquired the new Kiefer Sutherland drama Designated Survivor. It's important that you know that. Now you do. (Full disclosure: I left before the Bell Media party started. Not a drop of anything passed my lips.)

Corus, which now owns Shaw, which means it now owns Global, hosted a nice breakfast. (Full disclosure: I had coffee and one bite of what purported to be an egg thing.) The Corus people are adorable. Well, after the Bell Media thing they seemed adorable. A short, well-designed presentation and some boasting, but not too much. Corus has the top five channels that reach women. It has the top five channels that reach kids. And over all it has the top six channels in all of the channels in Canada. So there. Plus it is bringing us The Real Housewives of Toronto. I mean, what is not to like.

Programming exec Barb Williams mentioned some Canadian shows. And noted, "We don't want them to drift below the radar here." That was nice. Not nice because it was generous, but nice because it gives you Canadian commercial TV in a nutshell. The four NBC shows set in Chicago that nobody cares about, but Corus carries, were heavily promoted. Priorities, you know.

A clip is shown from the new CBS comedy The Great Indoors, just before star Joel McHale arrived to chat about it. As the clip rolled, a colleague leaned toward me and said, "I've seen this show. It made me want to kill myself." At that point I decided to leave.

I'm so totally glad I write about the content of television, not the business of Canadian TV. Because in Canadian TV everybody is No. 1 and trying to con us into believing that. What a racket. 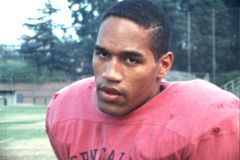 John Doyle: Acclaimed British drama London Spy is like no other
June 8, 2016 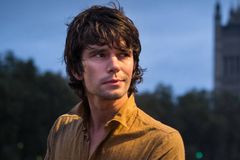 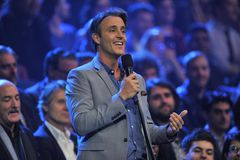