A portion of the Canadian TV racket is in an uproar. An important question is this: Will anyone care?

Last week, a significant CRTC decision released with some stealth – a Thursday in late August, for heaven's sake – notably rejigged the notorious "point system" for what defines the Canadian-ness of a TV project. Previously, eight points out of 10, determined by using Canadian writers and actors, mainly, opened up funding. Now, it will be six points out of 10.

The decision applies to the vast reservoir of money called "independent production funds," which means the money set aside to underwrite Canadian TV creation by Shaw, Rogers, Cogeco, plus Telefilm Canada and the Harold Greenberg Fund, the latter being the first step in supporting the early development of Canadian series.

The upshot is the hiring of way more non-Canadians in the creation and running of "Canadian" shows and starring roles for way more non-Canadian actors. This is what the commercial Canadian TV industry wants and what it lobbied for – the ability to make shows in Canada with Canadian funds and use more non-Canadian talent to sell those shows to locals but, more importantly, to international buyers.

Reaction was swift from the self-described "creatives" in the Canadian industry. Outrage, anger, despair and more outrage. Using Facebook and Twitter, some are claiming they will walk away from the industry. Others are saying they're heading for Los Angeles because employment opportunity in the Canadian business is now considerably diminished. Some of this reaction borders on hysteria. Some of it is anchored in a kind of happy-clappy nationalism beloved of children, not thinking adults.

First, however, the decision is truly appalling. It suits a commercial industry that is already heavily protected, arrogant and uncaring about investing in a medium from which it profits vastly. Second, the CRTC decision comes, suspiciously, without the usual public and industry debate. It looks like a major favour being done for outlets who want to dodge responsibility. Third, it arrives when a Liberal government, one that loudly proclaims its support of Canadian culture, is in power.

While the CRTC is at arm's-length from the government, something blatantly ridiculous and hypocritical is unfolding. The "Mandate Letter" from the Prime Minister to Heritage Minister Mélanie Joly said this: "As Minister of Canadian Heritage, your overarching goal will be to implement our government's plan to strengthen our cultural and creative industries. Our cultural sector is an enormous source of strength to the Canadian economy. Canada's stories, shaped by our immense diversity, deserve to be celebrated and shared with the world." The CRTC decision is a cynical "yeah, right' to that mandate.

But – does anybody care? Canadians who grasp that their money, intended to support Canadian storytelling, is going into the pockets of non-Canadian writers and actors – for-hire players with no connection to Canada – should be infuriated and scandalized. Very few will be in a lather about it, though. The problem for the "creatives" affected by the CRTC decision is multifold. The issue seems inside-baseball obscure. The public has had decades of discussion and arguments about the point system that defines Canadian content and has become understandably, eye-rollingly disdainful. There's a reason it is accurate to describe the Canadian industry as "a racket."

Further, we live in a glorious age of television. Good and great series are everywhere, on all kinds of platforms. But there are so few Canadian shows of breathtaking originality and depth, and so many that are ordinary, it becomes difficult to convince Canadians that an existing system needs to be stoutly defended. Many will shrug and see the sense in the proposal that attaching name-brand recognition to Canadian shows helps attract an audience here and abroad.

To make Canadians care there needs to be an example of a much-loved show that would not have been funded and made under the new system. That might be Murdoch Mysteries. There are occasional non-Canadian guest stars, but the show is pretty much 100 per cent Canadian in writing, direction and in all the other elements that go into making it a hugely popular series, perhaps the CBC's No. 1 show.

Murdoch Mysteries started on the City-TV channels, and it was a commercial endeavour that its broadcaster didn't know how to handle. CBC made it better and made it a hit. If the series was being launched today, under the new Canadian-content system, it would certainly look and feel very different. Who knows how many American has-beens would be involved?

The series is a worthy show that maybe, just maybe, stands as a case of the existing system working well, and why the new system might be disastrous. But will enough people care? That's a mystery Inspector Murdoch could never solve. 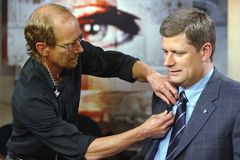 John Doyle: CTV’s Your Morning is an exercise in harebrained inanity
August 26, 2016 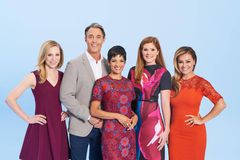 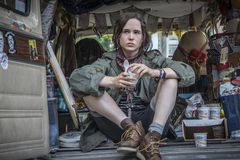