If there's a sinking feeling in some quarters of the Canadian TV racket following the announced CRTC regulatory changes, that's wrong. The challenge presented is to be better, not entitled.

Excuse my rant but vast fortunes have been made in the sweatshop environment of Canadian content made for broadcasters, particularly specialty channels, who have been obliged to air locally made content. An easy dollar for producers and many of those involved.

There are many startling takeaways from a Thursday speech to the Canadian Club of Ottawa by Jean-Pierre Blais, the CRTC's chairman, as he summarized changes to the CRTC's policies and regulations. Some are sound, others are wrong-headed and still others are pie-in-the-sky pronouncements that will meet a wall of opposition and wails of puerile resentment.

Let's start with "quality matters more than quantity." Hallelujah! Nobody invited me to participate in the Let's Talk TV discussion from which the new rules and plans evolved. But I think somebody in the CRTC read my column, "Where is Canada in the golden age of TV?" and noted it. It remains a relevant, pesky question now. But you don't have to be The Globe's TV critic to roll your eyes at mediocre Canadian shows presented as outstanding or groundbreaking.

There is a vast hunger for challenging, layered, complex, innovative drama that grips, tests and provokes an audience. In Canada in the past 15 years we have made almost diddly-squat in that arena. Jean-Pierre Blais rightly cited HBO and channels in other countries who have made vast amounts of drama in that category and by so doing, he implied that we are nowhere near as good.

All fine, but the upcoming resentment from risk-averse executives and vested interest groups who represent directors and writers will be fierce. They want the status quo of money and jobs anchored in making the mediocre TV that is so much less than the best of contemporary international television. Some of these vested interests should be ashamed of themselves for lobbying in favour of anything-will-do. They are the entitled.

These were cited as "a richness of source material to draw from." Nice idea but essentially wrong-headed. Good books do not automatically make for great TV. They just don't. Long-form cable storytelling is the defining storytelling medium of the start of the 21st century. The vast majority of that is original, not adapted from novels. Television is its own medium. Overreliance on literary adaptations for TV is a cul-de-sac of good intentions. We need great TV, not respectful adaptations from literature. Excuse my rant.

And then there is the matter of what Blais calls "discoverability", which means, I think, better ways for Canadians to find Canadian TV. Good luck with that. News flash – most Canadian content is promoted by broadcasters, but often only in-house, across platforms owned by the broadcaster.

The other day, this column's list of seven shows to watch on Netflix had a huge and hungry audience. Readers wanted to know what great shows to watch. They are desperate for information. That's "discoverability." And nobody asked about Canadian shows.

Just as the CRTC cannot mandate quality TV into being, it cannot mandate successful marketing and promotion. The end result of that tactic is more trite marketing at which the public, especially the young, roll their eyes. Besides, these days, most broadcasters and those involved in TV production seem intent in relying on the tiny audience of glorified online chat rooms to get their message out. The Canadian industry has been negligent and myopic in this regard.

It's a mess, this "discoverability" issue. In fairness, mind you, discovering Canadian TV – or any kind of great TV – is hindered by shrinking mainstream media coverage of the medium. While this newspaper has a TV critic, the Toronto Star doesn't and Postmedia laid off its nationally syndicated TV critic some months back. Meanwhile, unhelpfully, Canadian network execs tend to dismiss media coverage as irrelevant. Now they can explain that tactic at the CRTC's "discoverability" summit.

In the end, the new CRTC plan is as fuzzy as an old black-and-white, over-the-air signal on a snowy night. Quality over quantity – good luck with that. Literary adaptation – thanks, but we're not school kids. Discoverability – what Canadians want is to discover quality on Netflix, where quality actually exists. Which takes us back to the quality issue. Good luck with everything, everybody. 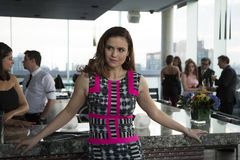 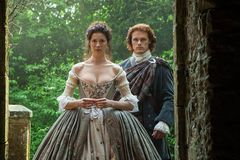