In this epistle, advance planning is the general idea. A bunch of programs you need to know about for the next two weeks. There’s an explanation for that – keep reading. First, don’t forget that the terrific and adorable Kim’s Convenience (CBC, 9 p.m.) actually starts on Tuesday after being postponed from its original air date. Herewith, a list of five can’t-miss (for the curious) programs of all types.

American Housewife (starts Tuesday, ABC, 8:30 p.m.) is about Katie Otto (Katy Mixon), who is, well, heavyset. The show is a broad satire of fitness-obsessed suburbia. Katie has been the “third-fattest housewife in Westport” for some time. But she relishes life, including food and her own weight, and has contempt for the other women in Westport – “yoga-pants-clad, Fitbit-wearing, green-juice-toting skinny bitches.” An unsubtle comedy, it is mainly about the word “fat” and, while there are some moments of gleeful, on-point mockery of suburban pretensions, it’s mostly about fitting in. Katie doesn’t fit into anything conventional, not just clothes. She’s always got schemes to make things better, but these inevitably go awry and she’s back to relying on her snark to survive. It’s unusually sharp-toned for a network sitcom.

Frontline: Confronting ISIS (Tuesday, PBS, 9 p.m.) has correspondent Martin Smith reporting from Iraq, Jordan, Saudi Arabia, Syria and Turkey about the current status of the Islamic State. But it is more useful, in the context of the U.S. presidential election, for its portrait of the battles in the corridors of power in Washington about strategy. Apparently there are “deep tensions between the Obama White House and the Pentagon” over the tactics used to fight the terrorist group and about who should be on-board as allies in the fight. 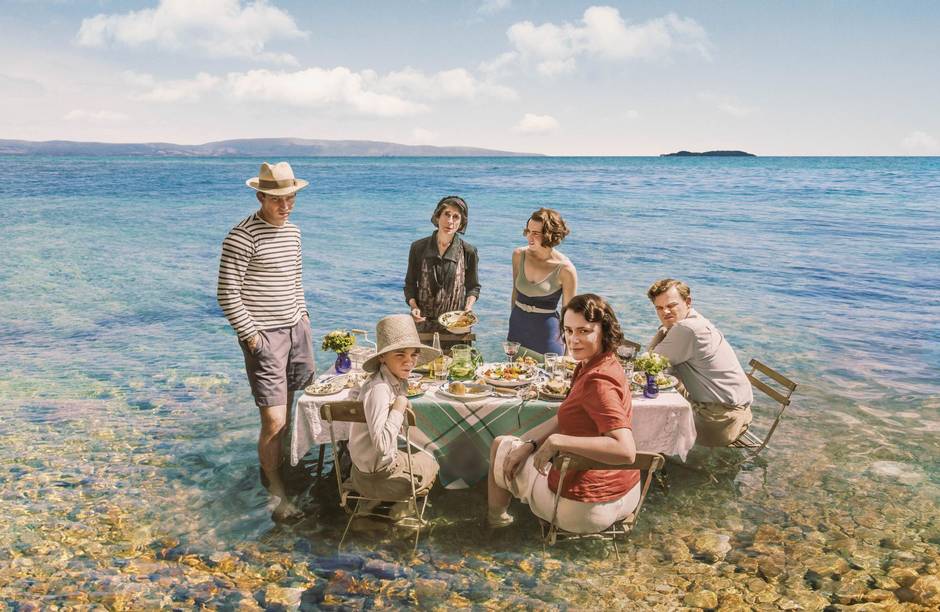 The Durrells in Corfu, another adaptation of Gerald Durrell’s popular memoirs, is a gently humorous delight, set in a bucolic Greece – a very long way from the tourist trap that Corfu would later become.

The Durrells in Corfu (starts Sunday, Oct. 16, Masterpiece, on PBS) is an absolute delight. It is not the first time that Gerald Durrell’s popular memoir My Family and Other Animals and its sequels have been adapted for TV, but this one is definitely a contemporary reboot. Here, the central character is Mrs. Louisa Durrell (Keeley Hawes, who is radiantly charming), the plucky widow who, broke and at her wit’s end with her brood of bright, eccentric children, leaves England in 1935 for the Greek island of Corfu. There, in the heat and sun, they flourish, have adventures and grow up a bit. There is a touch of the usual British nostalgia for the simplicity of the past, but the series is rigorously devoted to fun and cheerful observation of this highly unusual family. Each member is eccentric in his or her own way. Josh O’Connor is excellent as elder son Larry, the precocious, budding writer who will become the renowned novelist Lawrence Durrell; Leslie (Callum Woodhouse) is the teenager obsessed with firearms; daughter Margo (Daisy Waterstone) is, like most teenage girls, interested in boys, but hopeless at connecting with them. And, of course, there is the youngest, Gerry (Milo Parker), who is obsessed with wildlife and as happy as the day is long when there are lizards to befriend. The Greece they inhabit is bucolic, a very long way from the tourist trap that Corfu would later become. Gently humorous without ever descending into mawkish reverie. 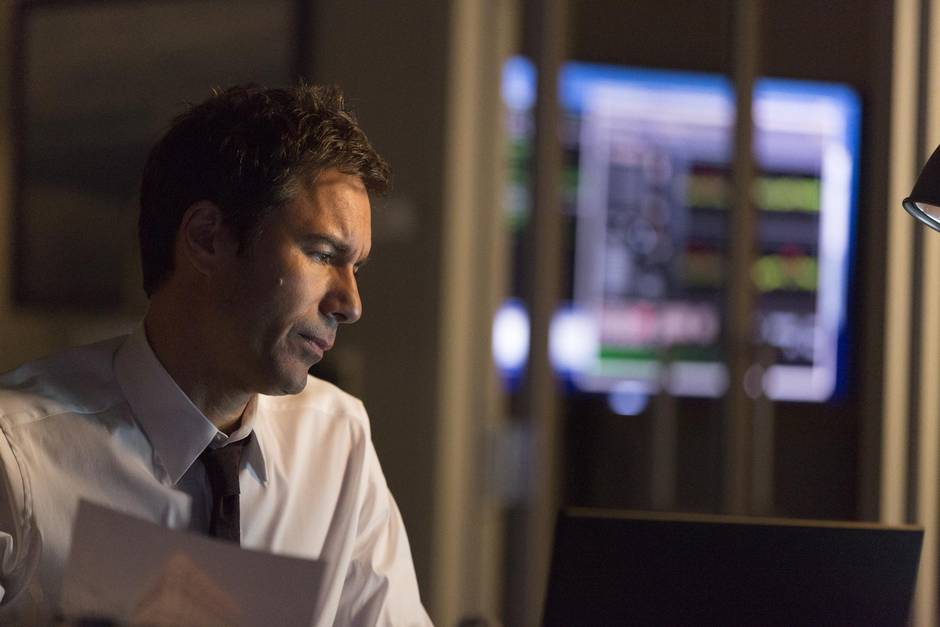 Gorgeously made and menacing in tone from the get-go, Travelers is actually more speculative than sci-fi, a portrait of our time, seen through the eyes of people in the future.

Travelers (starts Monday, Oct. 17, Showcase) transcends the sci-fi genre and the summary provided for it: “Hundreds of years from now, the last surviving humans discover how to send consciousness through time, directly into people in the 21st century.” Gorgeously made and menacing in tone from the get-go, it’s actually more speculative than sci-fi, a portrait of our time, seen through the eyes of people in the future. What they see are indulgences and a lack of strength, narcissism and greed. What happens is that people in the present time are rescued from their sad state, not by superpowers or special knowledge but what amounts to common sense and an understanding of humanity’s weaknesses. Impossible to categorize, really. The series is created and produced by Brad Wright, co-creator of Stargate SG-1, and it is a co-production with Netflix, which will stream the series outside Canada. Eric McCormack is the best-known name in an excellent cast. 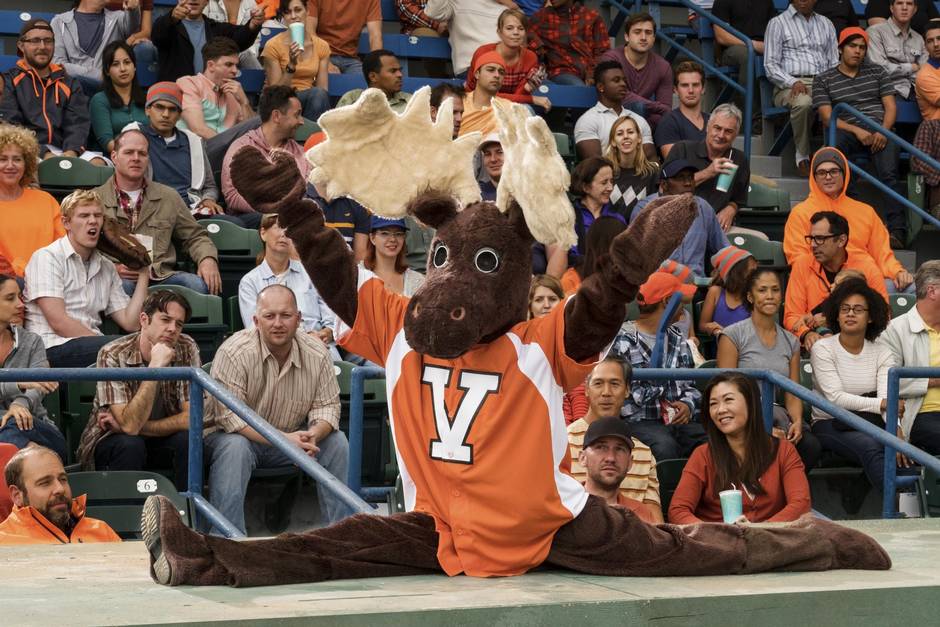 Rather like Best in Show, about dog shows, Mascots is about a competition for “the world’s greatest sports mascot” and that means humans in ridiculous uniforms instead of dogs.

Mascots (starts streaming on Oct. 13, Netflix) is the latest of Christopher Guest’s amiable mockumentaries about various subgenres of eccentrics. Rather like Best in Show, about dog shows, Mascots is about a competition for “the world’s greatest sports mascot” and that means humans in ridiculous uniforms instead of dogs. It’s far from seamless and is uneven, but has considerable hilarity and some standout comic performances, especially Chris O’Dowd as the Irish-Canadian “bad boy of sports mascottery,” a hoser-stoner who works at hockey games.

With that, I leave you for a bit as I’m away to Ireland. Enjoy yourselves.