If Rogers promotes its new Vice channel with the incessant inanity of the pumping it did for its NHL coverage, you couldn't pay me to watch.

No, wait, I am paid to watch. But you get the point. The endless, repetitive reminders that George Stroumboulopoulos does indeed know loads about hockey were irritating.

But it's not about me, in any case. The consensus is that the blockbuster deal announced last Thursday is about millennials. Yeah, them again.

The $100-million joint venture between the companies, Vice Media and Rogers Communications Inc., will, we are told, include a Toronto-based Vice Canada Studio and Vice TV Network to begin operations in 2015. "Essentially we are building a content-creation hub that will generate premium video for a cutting-edge media company that will program – simultaneously – the holy trinity of convergence; mobile, online and TV," Shane Smith, Vice CEO and founder, said.

For those of you who are millennials, or those who have forgotten, the "holy trinity of convergence" used to be newspapers, TV and online. Back in the day.

Today, in the matters of television, youth and media, everything is about millennials. The search for those millennial eyeballs is intense. Those 18-to-34-year-olds, raised in the digital age, do not consume TV as their parents did. They won't watch commercials, won't watch at scheduled times and are used to consuming TV fare on multiple platforms. Vice has them, with its vast online presence. Rogers wants them.

And yet there's an essential question – where's the money, the profit in all of this? Vice makes money from online without the bother of owning and operating TV channels. Why this?

A likely answer is a very old-school concept – a specialty channel. One with paid subscribers. Millennials paying for it and getting, as part of the package, access to extra online features from existing Vice properties. You know, what's called in the jargon of this issue, a pluralistic version of the primary screen.

So, there's some money – subscription fees. And then there's the other part of the money question – the advertisers. And here's a fact – a recent study by the Center for American Progress anticipates that millennials in the United States will be the first American generation to do much less well economically than their parents. You can guess it's a similar situation in Canada.

In the jargon of the advertising racket, millennials are not buying Buicks now. And you can guess they won't be buying Buicks anytime soon. Possibly, then, it all comes down to subscriber fees. That cool new Vice channel will cost you, if you want it.

Thing is, everybody is guessing. The Rogers/Vice deal came the same day as Bell Media announced it will soon launch a new video streaming service, "currently code-named 'Project Latte,' " and it will feature the entire HBO scripted library. Meanwhile, every promotional release for the Rogers/Shaw streaming service called "shomi" seems to start with the exciting news that subscribers can watch all of the comedy 2 Broke Girls.

That show is about the lives of two broke waitresses in their mid-20s. Millennials who are representative of cash-poor millennials. And there you go – the cash-poor thing is the problem. Who will pay to watch?

Strange Empire (CBC, 9 p.m.) gets stranger. It is summarized as, "In search of answers surrounding the disappearance of Jeremiah and with bounty hunters on her trail, Kat turns to hallucinogens." If you're not watching this wicked, penetrating drama, then catch up online and keep watching. 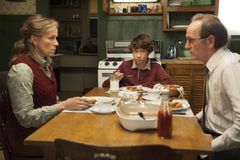 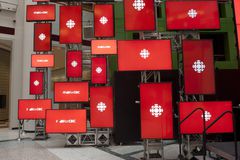 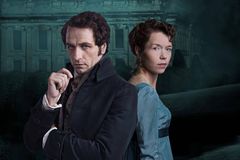