First, they came for the comedians and storytellers. Well, okay, actually, first they dismantled the system that allowed them to work and the culture to flourish.

In Nova Scotia, there is a hell-uva fuss going on. As there should be. The provincial government, strapped for cash, has slashed the film industry tax credit to 25-per-cent refundable, from 100 per cent. This is an act of madness.

According to Screen Nova Scotia, more than 50 documentary, film and television projects have been completed recently with the assistance of the tax credit, including the internationally successful The Book Of Negroes, This Hour Has 22 Minutes, Mr. D, Trailer Park Boys, Haven, Forgive Me, Relative Happiness, Call Me Fitz and the Lizzie Borden TV movies.

Look at that list. They make a lot of TV in Nova Scotia. There is the talent and technical expertise, the setting and the tax breaks.

But the importance of productions made in Nova Scotia is not solely about money and tax breaks and job creation. A far more important achievement is placing a Maritime and Atlantic Canada culture at the centre of the national psyche. Think about it now – what has actually worked as successful, mass entertainment on Canadian TV in the past decade? That would be 22 Minutes, Rick Mercer Report and Trailer Park Boys. Temperamentally and tonally, these are Maritime or Newfoundland shows. The emphasis on language and wit, the absurdist humour. The tone is often that of deadpan skepticism about authority, received wisdom and pretty much everything that is generic, mass-market in popular culture and politics.

Those shows I've listed are made in Nova Scotia. And they are expressions of the culture and attitude of a place secure in its identity but away from the mainstream, geographically and mentally.

This country of ours is huge, a place of cities, remote regions and isolation. The shaping of a truly national culture is a barely comprehensible undertaking. Yet it happens. It shapes itself. And what has happened, thanks to television, is that an unmistakable aspect of Maritime and Atlantic culture has emphatically become part of the mainstream and, in comedy, perhaps the defining mode, method and style.

It's extraordinary, really. What in most countries would be a mere regional thing, a marginal style, mainly off-the-radar in the big urban centres where media and culture are created, is emphatically part of this country's national cultural identity. It is part of what defines us as separate from the United States.

Love or loathe Trailer Park Boys, they tapped into something unique, something in the local and the specific to a region, yet universal in appeal. An amazing achievement – multiple seasons of a TV series and three hit movies, embraced across continents. That phenomenon and other pop-culture successes came into being because there was a financially helpful infrastructure in place to help those who could convert natural aptitude into commercial and critical success.

The hastiness of Nova Scotia's effort to eliminate a TV and film industry is bewildering. Film & Creative Industries Nova Scotia, the government agency tasked with supporting the growth and development of Nova Scotia's creative enterprises, has been shut down already. The new tax credit rules come into effect in July, making it near-certain that film and TV productions long planned to unfold in Nova Scotia this summer, won't happen. This Hours Has 22 Minutes will likely leave Halifax, as will Mr. D. In fact, many companies employing hundreds of people will probably flee Nova Scotia. At issue, on the surface, is this – the Canadian Media Production Association says that in 2013 (the most recent year for which details are available), film, TV and animation generated $123-million in Nova Scotia and more than 2,000 jobs. The cost to the government for the credit was $26.45-million. And the government says it can't afford the $26-million.

Under the surface, there has to be something else. Because the surface issue seems a matter of cutting off your nose to spite your face. Perhaps there is, in the current provincial government there, a certain spite, a basic hostility to creativity, a piteous envy and resentment of those who succeed in pop culture and manage to live comfortably on the results of their creative endeavours. It's not like comedians and storytellers are entitled to live well, support families and even support other industries, is it? That must be the spiteful thinking.

Certainly, a significant point is being ignored by the Nova Scotia government – a marginal, regional culture has been shifted to the status of core characteristic of a national culture. The comedians and storytellers did that, with a little help. Take the help away and you kill the massive cultural achievement.

Go pick on somebody other than the comedians and storytellers.

I'm away for a wee bit – stay cheery in Nova Scotia and everywhere, if you can. 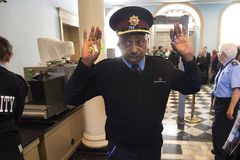 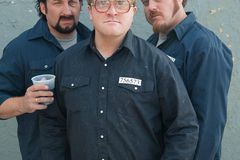