It scares us. It was a simmering issue in our recent federal election. It scares everybody. The issue makes people frightened and irrational. Fear does that. Ignorance does that. And yet, away from the fear, the issue becomes clear – balancing vigilance with tolerance.

We're talking about homegrown terrorism. Here, in the United States and around the world, a very specific kind of terrorism was the top, frightening news story in late 2015, due to events in Paris and San Bernardino, Calif. In both incidents it was local-based extremists who had pledged allegiance to the Islamic State. And in both cases, questions were asked about the failure of counterterrorist agencies to avert threats in advance.

Homegrown: The Counter-Terror Dilemma (HBO Canada, 9 p.m.) is described, in advance as, "a gripping insider's account of the homegrown terrorist threat in America, told from the perspectives of those who helped construct our counterterrorism machine – as well as those who are its targets."

It certainly is gripping, serious-minded and seriously thought-provoking. And at times it plays out like a non-fiction season of Homeland. Suspicions, arrests, rendition, vulnerable people talking nonsense or spewing bravado. Wiretaps and chases.

There is no voice-over, no narrator to guide us through. The doc (made by Greg Barker and based on the coming book United States of Jihad: Investigating America's Homegrown Terrorists, by Peter Bergen) uses the simple but effective technique of switching between the perspectives and thoughts of counterterror officials and the perspective of people whose family members have been caught up in the system.

Early on, there is footage of a meeting of relatives of people charged with terrorist-related offences. Muslim women from all over the United States, most born there, talk about the impact of having a brother, a cousin accused or convicted. For most of them, there is complete bewilderment. For some there is sense of betrayal, both by the family member and by the American justice system.

A woman whose parents moved her family from Bangladesh to Atlanta says, "My parents taught all of us to be conscious citizens. To be accepting of differences." She took care of her younger brother, Shifa, who was born in the United States. After 9/11, the young teenage boy was online looking into Muslim terrorism. She told him to be careful, but didn't believe his interest was serious. Years later, he got married and moved to Bangladesh. There he disappeared, apparently kidnapped. Then the FBI started asking about him. They'd been tracking him for ages and believed he was involved with a terrorist group.

Meanwhile, we hear from Andrew Liepman, former deputy director of the National Counterterrorism Center, who explains, "After 9/11, our job in counterterrorism wasn't to minimize the likelihood of an attack – it was to eliminate the likelihood of an attack." He also says, "I can't understate the kind of foreboding there was in the United States after 9/11."

Another former official, who monitored possible terrorists in the United States, describes listening into phone conversations and thinking, "Is he gonna go bad tonight?" He says, "If you're monitoring, you know that if you miss that one, it's on you. You almost want to pick up the phone and say, 'Son, don't do this.'"

The shooting at Fort Hood, Tex. in 2009 gets considerable attention. And in particular how it was played out in the media. The initial question asked about the shooter was this: "Terrorist or someone with mental-health issues?" The killer was American-born, a Muslim and a psychiatrist.

His cousin, Nader Hasan, a lawyer, recalls talking to Fox News. "It was Twilight Zone for me. It was a matter of guilty by association. As a lawyer, that terrifies me."

The counterterrorism experts throw around some facts. At the time of 9/11, there were 16 people on the national no-fly list. Now, it's 40,000 people. Another says that "Five years of harvesting the phone information of most people in the USA yielded one serious case of suspected terrorism." Someone else says the need to be vigilant is paramount. "If you think this is complicated stuff and not real, look at Madrid, look at London."

It's a bracing documentary, this one. It offers no easy answers. The perspectives of both sides are compelling, at times heart-scalding. Gripping and vivid, it stands as a counterpoint to the often messy, sometimes hysterical coverage of the subject we find on TV news, both here and in the U.S. It is meant to scare us, about homegrown terrorism, and how we deal with it. And it does.

John Doyle: You aren’t informed on Omar Khadr until you see this
December 2, 2015 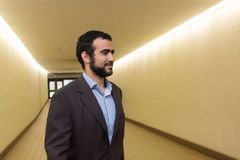 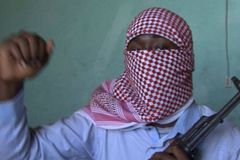 John Doyle: We create our own story out of coverage of horror and terror
November 17, 2015 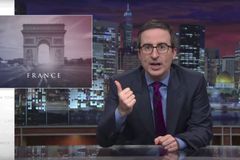