Occasionally this column is in receipt of reprimands from readers. Not constantly, thanks very much, but on occasion.

A theme of these complaints is that this column pays too much attention to reality TV series such as First Dates Canada or Hockey Wives. The gist is that such material – often referred to as "trash" or "rubbish" – isn't worthy of attention when there is so much serious drama to write about. Writing about such "trash" lowers the tone, is the message.

Well, we are into May and coming this summer, as ever, is another batch of frothy reality series. The 12th season of The Bachelorette starts May 23 and ABC is busy announcing "fun, exciting and exotic dates" for new Bachelorette JoJo Fletcher and her posse of addled suitors. During the summer, the Canadian version of The Bachelorette will be filmed and will air in the fall.

I'm not necessarily going to write about all the romance and dating shows and their rococo plot twists, but if I do I won't regret it. In television, as much as any area of the culture, there is a bias against what is dismissed in a kneejerk manner as "trash" or "rubbish." It's nonsensical. A good deal of what's dismissed is in fact part of the same storytelling and entertainment traditions as what is considered rarefied high culture.

One of the events that intrigues me this May isn't on TV but has a lot to do with it. Here in Toronto, the wonderful Against the Grain Theatre will stage A Little Too Cozy, which is actually a production of Mozart's Cosi fan tutte. But in this version, Against the Grain sets the opera inside a reality TV show about couples who have agreed to marry without having met and, if things work out, they win the prize of a lavish wedding. The opera production will be staged at CBC's studios here in Toronto, because it is, after all, about a TV show.

It all makes perfect sense, this interpretation. Mozart's farce is about the alleged fickleness of women in romance, marriage contracts, disguises and the use of a cunning ruse or two to seduce women (the title can be loosely translated as the cynical assertion "All women behave the same") who had previously seemed faithful to other fellas.

The idea that a Mozart opera has themes and storytelling strategies similar to The Bachelorette or Married at First Sight will come as a surprise, one supposes, to people who sneer at reality TV. But it shouldn't. Our contemporary popular culture constantly revisits the narratives of the literary canon. For instance, just as many of Shakespeare's comedies end in marriage, many traditional sitcoms end their season during the May sweeps period with a long-anticipated wedding or hooking-up between characters.

This is not a new insight. In his book Trash Culture: Popular Culture and the Great Tradition, scholar Richard Keller Simon asserted that Seinfeld is a contemporary adaptation of George Etherege's Restoration comedy of manners The Man of Mode, also that Friends is a reworking of Shakespeare's Much Ado About Nothing. And he made a case for Star Wars being an adaptation of Spenser's Elizabethan epic poem The Faerie Queene. The book was published in 1999 and, well, we've had a lot of reality TV since then.

One of the criticisms of reality TV shows such as The Bachelorette is that they're not reality-based at all. They are stage-managed and the participants are manipulated. Of course that's true. But to use it as a condemnation is ridiculous. That position assumes that most viewers are too dumb to recognize the manipulation and contrivances. They're not. We've now come to a point where we react to reality TV on the assumption that it's an elaborately contrived concoction. The wonderful series UnReal (currently streaming on shomi) is about just that – behind the scenes at a show clearly based on The Bachelor. It's not a satire; it's an exploration of the ways in which TV producers and participants succumb to the contrivance. It starts from the assumption that the audience already intuits what happens behind the scenes.

This era called the Golden Age of Television has, in a way, reinforced snobbery about so called "trash" TV. Some viewers will gravitate toward critically praised drama of great seriousness and be smug about that, dismissing everything else as unworthy of their time and attention. They are, after all, serious people.

This column will not abandon paying occasional attention to the so-called trash. All you have to do is look up a plot summary of Cosi fan tutte to see that it's a hilarious farce no less ridiculous in its bones than The Bachelorette.

John Doyle: Horror is found in the wholesome, not the cheesy reality TV
June 7, 2015 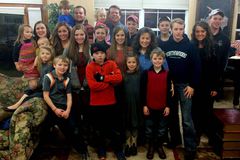 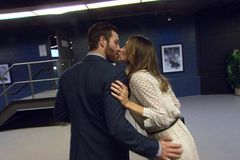 John Doyle: Say Yes to the Dress and the glory of frock opera
January 5, 2015 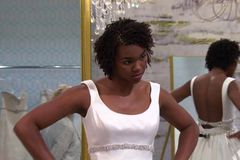