One time, not that long ago, I gave a talk to a class at a journalism school. I yakked away, trying to be helpful and witty and then came the Q and A. One of the questions was this: "When are you going to go away and let someone younger do your job?"

It's not the first time that persons of a certain age and attitude have asked a variation on the question. On this occasion, my answer was this: "Listen, my old dad in Ireland is 90 years old and plays golf twice a week. I could keep doing this job for another 40 years. Especially if you tempt me, with a question like that."

We live longer now. And those younger than us can expect to exist even longer. But the key questions are, first, how will this be achieved? And, why would we want to go on and on and on?

These questions are tackled in a terrific doc, Forever Young (CBC, 9 p.m. on Firsthand). Made by Geoff D'Eon, it is a survey and an exploration, and it reaches a pointed conclusion by asking if the striving to live on and on is even a worthy endeavour.

"We live in the shadow of a personal apocalypse," says one pundit in the program. He means death. Most creatures on Earth don't know about the event of dying. We do. And it spooks us. In the doc, we see and meet the elderly who are now athletes, performing what would be astonishing feats to our ancestors. We feel proud about all that.

And then in what will be the most intriguing segment for many viewers, the mystery of aging well is tackled. Does it depend on where we live? Certainly. We are transported to a village in Sardinia where people live long lives in remarkably good health. It's a "Blue Zone," which is the designation for a place with an unusual number of people over 100 years old. And this village is much-studied.

A demographer in Italy says that when he started his work, it was assumed the answer was in genetics. He's concluded it's more about lifestyle. The people who have lived longest there were shepherds or farmers and their nutrition was good. The bread was important, plus the consumption of dairy food, in the form of goat's milk and cheese from sheep's milk. Take that, anti-carb and anti-dairy dieters. Also, the very healthy elderly in this part of Sardinia enjoy their red wine, daily.

But mimicking the lifestyle in a village in Sardinia isn't a panacea and the longevity puzzle essentially remains unsolved. Besides, as we're told, people in parts of Japan live long lives, too, and they aren't doing the Sardinia thing.

There is a good section on the history of remedies for aging – a tincture of the remains of an Egyptian mummy; the use of monkey glands. An Irving Berlin song is quoted: "If you're too old for dancing/Get yourself a monkey gland."

We are also told about the anti-aging action in Silicon Valley. Google is heavily invested in the evading-death racket, apparently. And there is space given to the issue of the integration of humans with technology – people living forever as a human consciousness in artificial or robotic bodies.

At the end, though, a fair question is raised. It's this – what's the point? Take away ego from the equation and the value of a long, long life is unclear. How would society deal with a vast population of people who have lived well beyond 100?

Forever Young is utterly intriguing on many levels. There are vivid examples of long lives, well-lived, and suggestions about reaching that.

As for my old dad, he's 92 and still playing golf twice a week. He likes a creamy pint of Guinness and does volunteer work for the Labour Party. He believes, he told me last week, that people should just love each other. So there.

Giraffes: The Forgotten Giants (CBC, 8 p.m. on The Nature of Things) is a first-rate, beautifully made program about the long-necked critters who are, it seems, disappearing at an alarming rate. We're told, "Two hundred years ago there were a million giraffes. In 2000, there were 140,000 roaming Africa's plains and forests. Now, 15 years later, their numbers have plummeted to less than 80,000." The program isn't simply pretty footage and gee-whiz moments. It's about the science of understanding these complicated, shy creatures and ensuring their survival. It makes an excellent double bill with Forever Young.

Film Review
Heart of a Dog is a first-rate tear-jerker
October 30, 2015 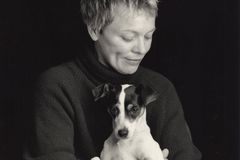 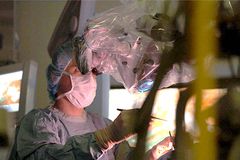 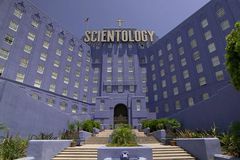