There is "Official Canada" and then there is the other one, the ordinary Canada.

The CBC, long may it survive to give us something to argue about, is mainly involved in promoting Official Canada. It's in its mandate, or some other document that nobody can find most of the time. This means working official views on Canadian beliefs, attitudes and codes of conduct into narratives that match the sacred cows of the official culture.

And then there's the other Canada. The one represented by Trailer Park Boys and Letterkenny. It's rural, small town or trailer park. There is a lot of swearing and a lot of storytelling. The characters are uncouth by the standards of official Canada. Especially when they start telling their stories – meandering, mocking, impolite and sometimes dark, but usually funny stories. Telling yarns is a big part of the culture of the other Canada.

Add Just Passing Through to this list of shows representing the other Canada. The online series, (justpassingthrough.ca), which I recently watched after a shameful delay, is mad, dangerous and the apotheosis of East Coast rough-hewn humour. It is so rude and filthy it's like comedy from another country. Which, in fact, it is, not being an emanation of Official Canada.

The work of PEI filmmaker Jeremy Larter, with Jason Larter and Geoff Read, the series arrived in its first season as a chronicle of cousins Terry and Parnell Gallant (Dennis Trainor and Robbie Moses) as they headed west to find work, wealth and easy women and somehow got stuck in Toronto.

In the second season, they're back in PEI. They've persuaded their Toronto-based cousin Owen (Tyler Seguin) to visit them, using the cunning ruse of a lie that Granny Gallant (Madrien Ferris) is on her deathbed. Owen brings lady friends Vanessa (Sydney Dunitz) and Alex (Bridget Tobin) with him. What ensues is sheer crude craziness. It is a gloriously rude fantasy of PEI existence.

There's a dinner scene which is helpful to describe. The family has just suffered a swearing blitz of insults from Granny, who is the most foul-mouthed, sarcastic granny in existence, and somebody says before they eat that they should bow their heads and say a prayer. It goes as this: "We all thank R.B. Bennett for when he brought in the Unemployment Act. That was the best thing that ever happened to us. Until Pierre Elliott Trudeau, and he came up along and he came up with the 10/42. My God that was good. Ten weeks work and 42 weeks off. Top stamps!" And then everybody roars, "Top stamps!"

Most of what happens in Just Passing Through is seriously uncomplicated. It's about avoiding work, drinking beer, attempting to seduce women, making fun of mainlanders and being mean to Owen. See, Owen is a kind of Sheldon Cooper character. He represents everything that his cousins are not – sensitive, a little bit clever and bored with island shenanigans. A good deal of the dialogue is improvised, some of the acting is ridiculously broad (a "PEI Gots Talent" scene in episode two is outrageously lock, stock and barrel broad) but sometimes hilarious for that.

It's crude, this thing, but remarkable for its candour and breeziness. Like Letterkenny, it begs for a wider audience and the resources that come with a TV deal, whether it's cable or a streaming service. If the first season was an inspired contemporary comic riff on the movie Goin' Down the Road, the second season gets its hands and mouths very dirty in the soil of PEI. And it is exemplary in its crude, provocative humour, another necessary poke in the eye of official Canada.

As I write this, there are reports that a sort of Daily Show reunion will take place on The Late show with Stephen Colbert (CBS, Global, 11:35 p.m.) this week, with Jon Stewart and Lewis Black contributing on the convention follies coverage.

Getting to know the lesser-known and forgotten Canadian influences
July 19, 2016 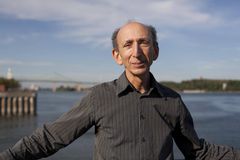 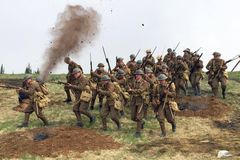 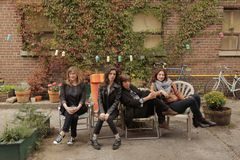