Is it time for a dose of the cutes, or what? Yes, my friends, it is.

Fact is, you can't beat a gloriously good nature program when stressed or simply tired of the world and all its woes and evils. Me, I take this matter seriously. Many a time and oft, I close my day watching something that is, well, just nice.

Bedtime is marked by yours truly settling in to watch an old Say Yes to the Dress or an old episode of Zoo Diaries. The latter show has become a favourite. Made more than a decade ago and airing originally on Life Network (it is currently airing on National Geographic Channel in the wee hours), the series documents the live of animals and staff at the Toronto Zoo, with occasional excursions to other zoos in North America.

They are timeless stories. I'm enthralled by the travails of Mittens, the spider monkey who had a head injury and had to be separated from his pals before being very delicately integrated back into his gang.

And I know all about Stevie the fruit bat, who was cared for by three ladies, all of whom were smitten with him. It is heartwarming and highly educational, this sort of program. You sleep better after watching it. Okay – I do.

Puffin Patrol (CBC, 8 p.m. on The Nature of Things) is a delight. Atlantic puffins is the topic and boy, oh, boy, are they captivating. If you want a jaunt on the cute side while learning a lot about the ocean ecosystem, something I recommend highly, then it's here.

Puffins spend eight months alone at sea and then come back to land, to hang out and have a good time. There's an island, Gull Island, on Witless Bay, just south of St. John's, which is home to 300,000 of the delightful birds. That's also where you'll find puffin scholars. On the program, we spend a lot of time with Michelle, whose job is to study and document the wee things. She describes puffins as "unique and extremely adorable" and it's pretty clear she loves birds and loves her job.

Puffins look petite and cute but they are far from delicate. They can live to the age of 26, they're monogamous (but they do divorce if one partner gets totally fed up with the other) and they come back to the same burrow every year.

If their white fronts are dirty, it's because they've been doing some renovation in the burrow. They court by tapping their beaks together, making a sound that resembles a Ceili band getting warmed up. They have "precise protocols" to get along with each other, host David Suzuki informs us. They are polite to each other. They mark their territory by walking in circles. Honestly, it's like puffinland is a utopia of niceness.

Now, it used to be that what happens in the burrow stays in the burrow. But, as Michelle tells us, these days you can stick a tiny camera in there and see everything. And believe me, the inside-the-burrow footage is brilliant. Michelle has even figured the meaning of the sounds that wee puffins make. Mostly, it's "feed me," but is it ever lovely.

Off we go to Wales and meet some other puffins. In Wales, they share an island with rabbits and are much-studied, too. A woman named Annette, the equivalent of Michelle in Newfoundland, studies them closely. Especially their migratory behaviour. A lot of puffins are now being tagged and tracked. And you know what? Some of these tiny birds go from Wales to Newfoundland during the year. Across the wild Atlantic, no less. Others, more interested in sun and sand, head off to the Mediterranean to hang out in Corsica and Sardinia.

But, you ask, how do they know where to go? Well, it seems each puffin has their own map of the ocean inside their little heads. And they seem to learn from other aquatic creatures, such as porpoises, how to negotiate the ocean.

At this point, though, we do get the inevitable warning from Suzuki, who says puffins face increased danger from the effects of climate change. Thousands were found dead last winter, mainly because of unpredictable storms killing either the birds or disrupting their food sources.

There's more, but I won't spoil it. (The story of Project Puffin in Maine is the most uplifting story you've heard in ages. Guaranteed.) Puffin Patrol is brilliant entertainment and necessary. It's pure, uplifting poetry, a sure cure for all that ails us this week. 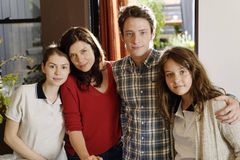 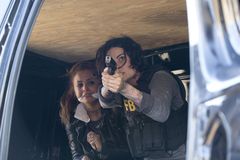