Me, I always read GQ magazine with curiosity and zest. For the men's fashion, of course. A stylish lad, they used to say about me. And I never lost it. Ask anyone.

Mind you, there's more than photo spreads ("Ten Lightweight Jackets To Get You Noticed – In The Right Way"), and a person in my racket is obliged to read the articles. Recently there was a lengthy admonition about watching TV alone. It's bad for you, was the gist. The conclusion was this: "Can you watch TV alone? Sure; you can drink alone and have sex alone, too. But if two people can't put aside their differences for 22 minutes to enjoy one of life's greatest pleasures, the fundamental mismatch in the relationship will only continue to drive a wedge between them. TV is good. TV is love."

Pardon me, but I beg to differ, just a bit. There's nothing wrong with watching TV alone. The dynamic is special. You can cry buckets or mock to your heart's content. It can't be beaten for harmless indulgence in selfishness. Now, there are times when having someone else share the experience is ideal. Gales of laughter or a lively discussion can ensue. I'll give you that.

Marseille (now streaming on Netflix) is, however, an ideal series to consume alone. Dandy for the solo binge-watch. You see, it's not brilliant, not entirely terrible, it looks lovely and at times, it's so achingly trying to be serious that it gets kind of ridiculous. If you watch with someone else you'll probably get a lot of "That's ludicrous!" or "Jeez-Louise, this is slow and pretentious." But if you're alone, you can wallow in the gorgeousness and shrug at the silliness.

And silly it is, from the get-go. See, it's all about the French city of Marseilles, a sprawling, complicated place. So the story sprawls and tries to cover way too much. The eight-part, French-language (with subtitles) drama is supposed to be about the outgoing Mayor Robert Taro, played by Gérard Depardieu, and the manner in which the city implodes in violence and corruption as his hand-picked, treacherous successor Lucas Barres (Benoît Magimel) asserts control. A few hours in, you realize that it's mainly about the beauty of Marseilles, criminals, sex and smoking cigarettes.

Depardieu, who hasn't done anything of importance in years, is good as the mayor. He's a lumbering figure who is meant to embody, in his frame and his style, the city itself. He does some cocaine, he likes soccer and good wine and women. He's not evil, but doing the right thing is often beyond him. As a gift to his successor, he has persuaded city council to allow a casino and to expand development in the old port. The idea is that a legal casino will squeeze out the Mob and that the new development will make the city rather like Marbella in Spain. A sun-drenched resort city. Everything backfires.

Lucas Barres is an interesting snake. He doesn't say much (and when he does, the dialogue is often laughable) and appears to be interested in seducing every woman he comes across. He often does this successfully, meaning that everything stops regularly while he has coitus with a woman who, it seems, is always upholstered in fabulous lingerie. It gets a bit predictable, even if you like seeing that kind of hanky-panky. And then there is the mayor's daughter, Julia (Stéphane Caillard), a journalist who seems to spend all of her time in various ghettos with handsome bad boys.

The whole bad-guys thing is one reason why Marseille is far from top-quality TV drama. The criminals look all too obviously like thugs from central casting. Directors Florent Siri and Thomas Gilou (who co-created the series with Dan Franck) spent lavishly on extraordinarily beautiful views of Marseilles the city but appear to have outsourced much of the casting to somebody who last worked on Miami Vice in the 1980s. And in terms of city politics, Marseille doesn't hold a candle to Boss, the wonderful series made for the Starz channel.

Still, I emphasize Marseille is fun to watch, especially alone. Netflix is doing itself no favours with such lavish silliness. The series only underlines how little quality control is involved in creating its original content. But some of you will get a kick out of it, flying solo.

My Home (documentary Channel, 8 p.m.) is Canadian filmmaker Igal Hecht's very personal film about how minorities live in Israel. "Minorities make up 20 per cent of Israel's population," the opening declaration says. "Muslims, Christians, Bedouin and Druze form the majority of the minority groups. Israel's Jewish population refers to them collectively as Arab. Many in Israel and around the world believe this Arab minority to be hostile towards the state. But there are Arabs who see Israel as a country and idea worth defending." Hecht sets out to chronicle the lives of those who support that statement. 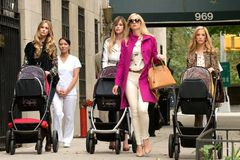 John Doyle: The likely last season of Wallander is breathtaking to behold
May 16, 2018 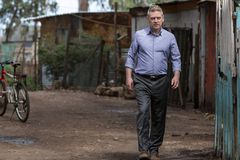 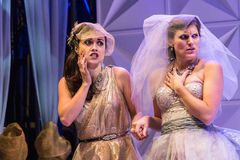