What's going on in the arenas of dating and finding love is a mystery to me. People still hope is all I know.

Most days, I read, in the online Guardian, a mocking summary of the day in soccer. It always includes a plug for the Guardian Soulmates, its online dating service. "Meet someone worth meeting" is the slogan. And the plug is inevitably followed by a doleful warning.

It's this: "Chances are that if you're reading this tea-timely football e-mail, you're almost certainly single. But fear not – if you'd like to find companionship or love, sign up here to view profiles of the kind of erudite, sociable and friendly folk who would never normally dream of going out with you. And don't forget, it's not the rejection that kills you, it's the hope."

Romantic comedy of a sort, right there. Television is full of rom-com entertainment. And rom-com movies abound. The mismatched lovers, the yearning lonely hearts, the strivers and the despondent who, of course, find love in the end. Judd Apatow has been involved in many of them, from Knocked Up to The Five-Year Engagement to HBO's Girls, the latter often being a sort-of rom-com on acid.

Love (now streaming on Netflix) is Apatow let loose on a 10-part TV series about finding and nourishing love, with a lot of hiccups along the way. Searching for ways to describe it, I came across this: "Rom-com about a hot mess redeemed by the affections of a nice nerd."

That's fair, but doesn't go anywhere near summarizing the sheer underdeveloped awfulness if it. The meandering plot with so many painfully unnecessary scenes and the incessant self-absorption. The endless references to rom-com movies and TV shows, the gormless insistence that Los Angeles is the centre of the universe.

It's about Gus (Paul Rust, one of the co-creators) and Mickey (Gillian Jacobs). They are both just out of a relationship when they meet. They become friends. Will they become a couple? That's the gist.

Gus is an early Woody Allen type. He works as the on-set tutor on a TV sitcom and struggles to cope with the bratty child star (she's played by Apatow's daughter). Mickey works at a satellite radio station. She drinks too much, does too many pills and is attracted to losers. They meet when Mickey needs a coffee at a store, doesn't have money and Gus pays for the coffee, plus a pack of cigarettes for this hungover woman.

That meet-cute scene is used in trailers and teasers for Love and for a good reason. It's a good scene. There really aren't many others scenes that match it.

How do I fault Love? Let me count the ways.

The first episode hits 40 minutes in length. It sprawls rather than focuses. The signals that Mickey is both hot and a mess are many. Many, many, many. She spends a lot of time wearing a one-piece bathing suit with jeans. Her ex, a loser who lives with his mom, invites her to a church-like congregation of people who want to believe in love. Mickey, at first contemptuous and zonked on Ambien and wine, makes a lengthy speech about love.

Gus, who has many friends, talks to them about where he should live now that he's out of a relationship. "Santa Monica," a friend jokes. This is actually a punchline. And if you weren't educated about the singles-geography of L.A., you wouldn't get it.

As the obstacle-strewn course of Gus and Mickey's journey toward love continues, there are sirens to tempt Gus in another direction. Of course there are. There is Mickey's roommate, played by Australian comic Claudia O'Doherty, who is the best thing in the series. And there is an actress on the show who employs Gus, played by Briga Heelan. What's disconcerting is that they are wrong for Gus because they are both nice, funny people. One's Australian, the other is Canadian. So, go figure.

To be fair, there are scenes of genuinely funny comedy occurring in Love. A scene in which Gus buys air freshener for his car – the episode is directed by Steve Buscemi – from a mystified clerk is beautifully done.

One senses that Love is aimed at a twentysomething audience and, watching it, I sensed that anyone over the age of 30 won't connect with it. Mind you, both main characters are over the age of 30. They're not kids. A lot of Judd Apatow's comedy involves characters obliged to put their adolescence behind them and grow up. Nobody in Love seems likely to grow up because they don't seem the slightest bit authentic from the start.

If you want an original comedy about love on Netflix, Love is not the answer. Aziz Ansari's Master of None is far more appealing, authentic and fresh. 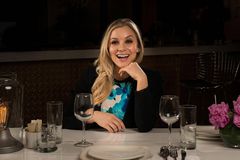 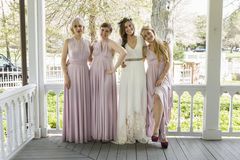 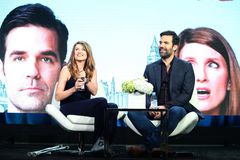