Complaints? Don't get me started. I have a few and I get more than a few.

If there is one thing our great country excels at, it is complaining. In fact, by the time you're reading this I will have temporarily fled the country to get respite from running what is not so much a TV column as a Department of Complaints.

Daily I arise and after reading two newspapers I consume half a grapefruit and then turn on the computer. Most days I'm tempted to steel myself with a large measure of Jameson.

"Stick to reviewing sitcoms" was what I got when I wrote about the shenanigans of politicians on TV during the election campaign. "Is this paid content?" was a question thrown at me when I wrote a list of interesting upcoming shows.

Don't get me started. On Sunday, I did FaceTime with my dad in Dublin. First up, a complaint: "Why can't I find your column in the online Globe and Mail?" I guided him to it.

On Monday morning, a reader wrote to complain that he'd watched a show I'd recommended and found an early scene "unrealistic." I haven't replied because I don't know how to explain politely that the "unrealistic" behaviour unfolded because the two characters involved were, you know, kind of obviously, as high as kites on drugs. Or as they used to say in Corner Gas, "zapped up on the hoppers."

Our neighbours to the south don't so much complain about TV directly – they outsource the complaining. Being a member of the Television Critics Association, I get the complaints from the professional complainers. Don't get me started.

The Parents Television Council is ace at complaining. On its website it declares: "The mission of the PTC is to protect children and families from graphic sex, violence and profanity in the media, because of their proven long-term harmful effects. Our vision is to provide a safe and sound entertainment media environment for children and families across America." And in a canny move, the organization goes after the advertisers on shows that rise to their ire.

Right now, the Parents Television Council is in a right lather about the work of Ryan Murphy and writing partner Brad Falchuk. It is outraged by their shows, FX's American Horror Story: Hotel and Fox's Scream Queens.

The PTC's president, Tim Winter, took aim at AHS: Hotel and called a scene in the debut episode an "unbelievably explicit combination of sex and violence." Right. Well, obviously Tim Winter is not the teeniest bit interested in AHS: Hotel as a vehicle for the dormant acting talents of the millennials' demi-goddess, Lady Gaga.

Nope. At issue is the violent foursome involving Lady Gaga. It's all fantasy, of course. Of the lurid, nightmare type that AHS always delivers. Since the show is on cable and the title, lo these many years now, is American Horror Story, you'd think fair warning about the content was self-evident.

But here's the thing – the PTC also takes issue with a scene in the opening episode that featured the violent rape of a man with a spiked sex toy. And in that, I'm obliged to say, the PTC is correct. Its president says, "This is the most vile and shocking content I've ever seen on TV. Ever."

Now I've seen a lot of "vile" content and I'm not sure the rape scene is the worst, but it is disgusting, gratuitous and, for many viewers, simply unwatchable. Worst, it's bad storytelling.

The council also points out that FX is "advertiser-supported basic cable" and calls on one advertiser, Subway, to spend its dollars elsewhere.

As for Scream Queens, the PTC points out it airs on network TV at 9 p.m. (7 p.m. in some time zones) and is rated as appropriate for 14-year-olds.

"In spite of this, the program features graphic decapitations and discussions of necrophilia in the family hour," the PTC thunders.

Well, you know, Scream Queens has some crazy content, but it is clearly meant as a satire. Specifically, a satire of movies that feature mean schoolgirls and college students who treat each other very badly. It takes that kind of content and ratchets up the crazy to mock the genre.

And then comes the kicker in the PTC's denunciation, aimed at advertiser McDonald's – "The Golden Arches brand now stands for sexual fantasies with dead people and with decapitating college coeds. No wonder McDonald's is having problems attracting families, when millions of the company's media dollars underwrite such content on Scream Queens early in the evening on primetime broadcast TV."

The upshot is this: The occasional complaint is valid and targeting advertisers isn't. It's better to call in the creators to justify their work.

I'm away for 10 days or so. Complaints? Save them up. But don't get me started. 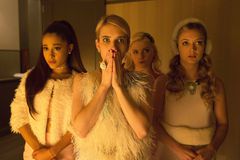 John Doyle: The election visuals of victory and desperation
October 18, 2015 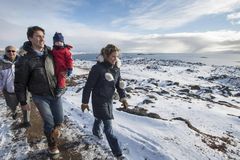 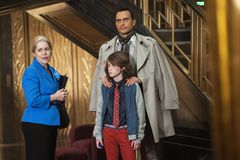