The kids, a boy and girl, both teenagers, are discussing dad. The son says, "Dad is a thug." His sister snaps, "Dad is not a thug!" The son replies, sarcastically, "I mean it in a cool way."

The dad is Ray Donovan (Sundays, TMN and on-demand) and that conversation about Ray pretty much sums up the series. Ray is a depressive thug, a fixer in L.A., one of those men with multiple issues. Family, fidelity, religion, violence and narcissism.

Now in its third season, Ray Donovan the series, from Showtime, has many fans. No wonder – it is extremely well-made nonsense. It's a predictable network-type drama tarted up as a cable-quality, challenging narrative. But take away the foul language, sex scenes and occasional bursts of gory violence, and it's very, very ordinary.

From the start, Ray (Liev Schreiber) was a guy with some big-time Catholic upbringing problems. All smooth and chillingly cool in the L.A. setting of big money and famous people, he carried the baggage of his Boston-Irish background. His dad, Mickey (Jon Voight, who remains the best element of the series), is a career criminal newly released from jail. He had brothers, one of whom was abused by a priest, and the family ran a gym where a lot of male rage is unleashed in the boxing ring.

As for the women in his life, Ray's wife, Abby (Paula Malcomson), was his harbour in a sea of cruelty and perversity. But Abby always wanted more than an occasionally alert and loving Ray and was essentially a nagging figure who cramped his style.

At this point in the narrative, Ray has acknowledged his own sexual abuse as a boy, he's estranged from Abby, one brother is in jail, people have died because of his actions and his dad is facilitating a prostitution ring at a rundown hotel.

More than before, the series feels forced, contrived to be something of deep seriousness when it is very superficial.

The first thing we hear is Ray's old pal Ezra (Elliott Gould), a powerful Hollywood attorney who has often used Ray's services, saying, "You don't know who you are any more, Ray." Well, we knew that.

There is also a lot of dramatic business to let us into the fact that Abby is as lonely as Ray is lost. Inevitably, there's a fight involving Ray and some guy who didn't pay a hooker. And then a new, sinister force comes into Ray's life.

That's movie mogul Malcolm Finney (Ian McShane), who hires Ray to recover his son who has been kidnapped. Soon, Ray is also required to work for Finney's daughter Paige (Katie Holmes, who isn't really acting, but seems to be imitating some female Hollywood flake she encountered), and the neat structural contrast between the Finney family and Ray's family is complete.

The dialogue turns bizarre. "What is it you do?" Finney asks Ray. "I change the story," Ray replies with the sort of grumpy grandiosity he does so well. Soon, Finney is quoting Kafka to Ray.

At the end of the first episode, we see Ray lost and brooding and Abby getting acquainted with a new family pet. The music on the soundtrack is Hotel California by the Eagles.

Strip it of its gloss of pretend-seriousness and Ray Donovan could be on CBS at 9 p.m. on weeknights. What saves it from utter ordinariness is Mickey. There's a dry, malevolent wit to Mickey and Jon Voight is having the time of his life in the role. A scene in which Mickey dreams up the idea of a whorehouse in a doughnut shop is priceless.

The best of premium cable drama reaches far beyond what Ray Donovan does, and delivers. The truly great ones – Mad Men, Breaking Bad, The Sopranos, The Wire and many more – contain disturbing commentary on class, family and work. They have sociological depth. They don't rely on Hotel California to establish a mood.

Ray Donovan is, as such, an interesting example of the true differences between network and premium cable drama. The show is mundane, at its core, but presented to us in a cool way.

John Doyle: The Strain is summer’s most bizarre, addictive series
May 15, 2018 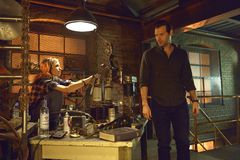 Showtime’s David Nevins on the tricky business of making premium TV
May 12, 2018 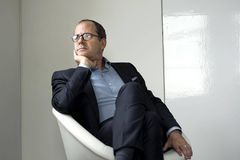 Bell Media strikes deal with Showtime to take on Netflix
May 12, 2018 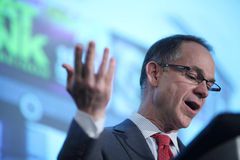