A young woman, who is perhaps a teenager, says that to a bewildered lady in the first few minutes of the magnificent opening hour of Strange Empire (CBC, 9 p.m.). And it establishes the core of this remarkable drama, one that is the most substantial, serious and thrilling thing since Chris Haddock's Intelligence arrived on CBC a few years ago.

This, though, is a period piece. It's 1869 and somewhere in Alberta, near the border with Montana. Not that the border matters much. These are wild, lawless times in a lawless place. A party of travellers is heading north. Among them are a doctor, an older man, and his younger wife, also a doctor, one Rebecca Blithely (Melissa Farman). It is to Rebecca that those fateful words are addressed, "We're to be whores, ma'am."

As it happens, everything turns, literally and metaphorically, on the matter of whether all the women in Strange Empire are destined to be whores or not. The key event is a violent intrusion into the travelling group by John Slotter (Aaron Poole), a man looking for the whores he bought and expects delivered. A raw, walking, talking epitome of male rage and misogyny, he looks hard at the group, sees women and, in them, sees whores. And, in events you can witness yourself without my explanation, most of the men are killed and only women remain – Slotter's business plan.

Against Slotter, in person and spirit, is Kat Loving (Cara Gee), a Métis woman of imposing strength and a powerful will to survive untainted by everything Slotter represents. In rage, she is his equal. What ensues over the first three hours is a dark complex, tense dance, filled with menace. And only occasionally shot through with the light of warmth. Slotter and his wife Isabelle, (Tattiawna Jones) intend to run a brothel and do. The only question is this – are all the women in this tiny community to be their victims?

Strange Empire, created by Laurie Finstad, has a propulsive rhythm that's established at the start. There's a frantic horse ride. Then, death. Then more death. Then a community of women emerges. A strange one.

Although a Canadian series set here, Strange Empire does not have an overwhelming sense of location. What's there is landscape and a ghost of a town hastily thrown together from raw lumber. And this is not the kind of drama where the characters are introduced lovingly. They are all already there.

It's a western, of course, if you must put a tag on it. The traditional western story had an emotionally satisfying narrative drive – it was about people moving forward, establishing order and believing, benignly, in a bright future. It was male-centric. This isn't that. It's a trad western turned on its head, in a way. It's the western epic from a contemporary female perspective. The nuances are very different from the tradition – it touches on the right to violence by women, women in the traditional social order and the blunt reality of the Old West. As such it is refreshingly well-written, engrossing and oddly relevant to today.

The four leads in a sprawling, mostly female cast, are outstanding. Gee anchors it as Kat Loving, a force of nature striding in trousers while other women bustle about in skirts. The look, the hat, the angry stare of her eyes.

It's a gift of a role and Gee is superb. Farman is wonderfully mercurial as Rebecca Blithely, a woman condemned to a madhouse for being smart and now in constant need of learning about the harshness of the world. Jones captures with ease all the greed and conflicting emotions of the ambitious Isabelle Slotter. And there's Slotter himself – Poole is fiercely good as this appalling, rapacious man, a toxic villain to give you nightmares.

Strange Empire wobbles a bit in episodes two and three, but never falls down. Watch and you are carried through on the freshness and zest of it, this dose of hard, rugged TV storytelling.

Nice to leave you, for a brief bit, with a rave review. I'm back next week. Have a cheery Thanksgiving. 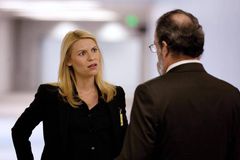 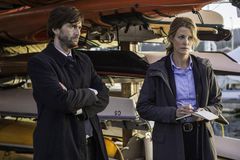 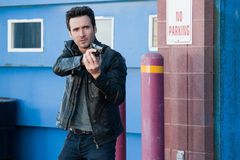 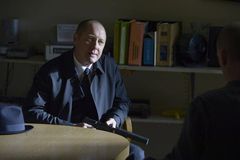