There was a shakeup at HBO last week. Some executives moved around and new people were put in charge of various divisions.

No surprise there. HBO has been widely perceived as in need of a transformation at the top for some time. The knock against the most recent regime was their ponderous approach. It's believed that at one point last year there were 100 projects in development and nothing moving quickly toward fruition.

The premium cable channel has vast resources and unbeatable brand recognition for quality TV but, like every outfit in the traditional TV arena, it faces new and difficult challenges. The channels FX and AMC have been making Emmy-winning drama for years now and can corral the top talent. And then there's Netflix.

Netflix bosses have declared they aim to be as good as, if not better than, HBO. The issue isn't money – Netflix is estimated to be pouring $5-billion into original programming now. The issue is "premium" content.

The streaming service has made the ridiculously bad dramas Marseille and Marco Polo and it's obvious the money spent is not aimed at making the stellar drama but at expanding the brand. Marseille exists to entice European viewers and Marco Polo exists to promote Netflix in Asia.

In the war for subscribers and awards, though, strange and wonderful things happen. One is Lady Dynamite (now streaming on Netflix).

Lady Dynamite beggars description. But lets try. It's a surreal comedy that takes the meta, self-referential style of such shows as Louie and Curb Your Enthusiasm to an excruciating level of convolution. And yet it works, shimmying between hilarious attacks on Hollywood and beautifully painful comedy about mental illness. It's a challenge and it takes several episodes before its latent power is fully unleashed.

Created by actor-comedian Maria Bamford with Mitch Hurwitz (Arrested Development) and Pam Brady (The Loop), it stars Bamford as a version of herself in three different stages of her life. In the present, she's the focus of a falling-apart mockumetary. In the past, she's getting breaks in Hollywood and starring in a lot of commercials. In between these two stages, she's at home in Duluth, Minn., being treated for depression, bipolar disorder and hypomania.

Bamford has suffered from mental illness and made it part of her routines. In the show, the character does a running commentary about all three stages of her life and the fourth wall of the mockumentary breaks down frequently. It's bewildering at first, but it becomes gorgeously knit together into a ribald journey through life.

While some of the material is truly touching, Bamford's métier is outrageous diversion into the bawdy. "As much fun as it sounds to date a bisexual meth head, I just wasn't ready for it," her voice-over deadpans, seemingly out of nowhere.

There follows a truly bizarre sequence in which she attempts to date said bisexual meth head. And to said meth head she explains her mixed feelings about mental illness: "I miss the mania. I may have been thinking about suicide 18 hours a day, but my baseboards were spotless."

The segments set in Duluth are both rich in pathos and alive with warped humour. She's living with her parents (beautifully done by Mary Kay Place and Ed Begley Jr.) and getting outpatient psychiatric treatment. "I thought we weren't going to treat her differently just because her frontal lobes went on the fritz," Dad observes. Mom rolls her eyes and Bamford retreats into a childlike state.

The show can then switch to a stunningly rude parody of a Japanese commercial for noodles. If you watch this, brace yourself for such strange shifts.

The point of placing Lady Dynamite in the context of a change at HBO and Netflix's ambitions is that this alarmingly strange, funny and marvellous show could not exist if there wasn't openness to outlandish content. In the context of conventional TV, Lady Dynamite should not exist at all. Even HBO would balk at it, probably. It's too darn surreal.

But it does exist, and we should be thankful for it. And part of the reason it works, for all its oddness, is that multiple episodes can be watched together. It doesn't make a blind bit of sense until you've seen about four episodes. That's the Netflix effect. Be grateful for it and what is a bonkers comedy, and meant to be that.

John Doyle: After disaster comes boondoggle – a cautionary tale
May 23, 2016 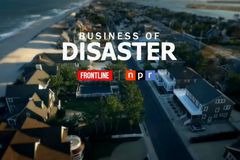 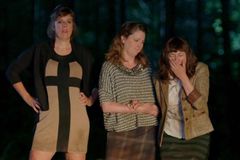 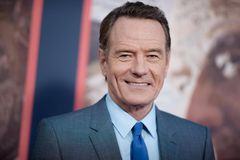