Possibly you were sitting thinking, on Monday, post-Oscars, "Well, thank heavens that's over, all that awards-season flimflammery."

If you actually watched the Oscars you were probably on the point of self-flagellating, it having dawned on you that you were a willing confederate in a massive scam, an outrageous abuse of the public's time and patience. Listen, you were warned. Flagellate away. Think of it as a Fifty Shades of Grey thing if you need to.

Awards season isn't over. Not around here, anyway. It isn't over until The Canadian Screen Awards (Sunday, CBC, 8 p.m.) have unfolded and the nervous nellies of the Canadian TV and film rackets have counted the number of tweets mentioning the CSAs or their show.

The CSAs are still taking shaky baby steps to legitimacy and popular appeal. In the first excursion into an awards system that married the old Gemini Awards (for TV) and the old Genie Awards (for film), in 2013, the ratings were respectable for the televised gala show. Last year, with Martin Short hosting again, the ratings slipped by 30 per cent to about 600,000 viewers. Not good, given the effort the Academy of Canadian Cinema & Television puts into it.

This year, Andrea Martin is the host. A safe choice, one supposes. Old school. Began her career as a singing chicken on the Captain Kangaroo show. (Her website says that.) Then this and that, and SCTV and resulting fame and glory forever.

No pressure here, but this Sunday's broadcast gala had better be good. Rockin', funny and smart. There is considerable interest in Canadian TV right now. CBC has had excellent numbers for Murdoch Mysteries, Schitt's Creek and The Book of Negroes. Numbers for X Company were good, not great, but enough to justify its existence. CTV has had fabulous numbers and an intense following for Saving Hope, and MasterChef Canada is huge.

But for all the interest in a long list of shows, and affection expressed in online chat rooms, the CSAs need to put sizzle and humour into the celebration of Canadian TV. It cannot seem like punishment to watch it, or like an insiderish party, and the host cannot condescend to Canadian TV.

In fairness, the Canadian Screen Awards are already a limited success. There is now a week-long series of events leading up to the gala. (Apart, that is, from several other nights of award-giving wherein it becomes clear that almost everybody in Canadian TV gets a nomination or a prize of some sort.) There are industry events. Haven't been invited to any, but I did see a list. And there is a Fan Zone on Saturday – a collaboration between Bell Media, CBC, Corus Entertainment, Rogers and Shaw Media puts the stars of various Canadian shows out there, in a mall, to meet and greet viewers. A big-time popular event.

There is, mind you, a gnarly problem with the Canadian Screen Awards. And no, it's not the fact that film is mixed up with television. Some Canadian movies will get great exposure at the CSAs.

It's the neurosis about a so-called "star system" in Canada. There are still many in the Canadian TV racket who believe we don't have a star system. That's one reason why a good deal of new television here is built around people famous from years ago, from SCTV or Kids in the Hall.

We do have a star system, but it's not Hollywood-light or Hollywood North. Our top TV stars aren't always actors. News anchors are celebrities. Don Cherry is as famous as fame gets. Some of the Dragons on Dragons' Den are celebrities. Lord save us all, but Amanda Lang is a celebrity. Our sports stars are among our most recognizable celebrities.

And here's the thing – if the Canadian Screen Awards gala sticks only to Canadian-made drama and comedy, in celebration and in fun, it's not really reflecting the reality of the racket here.

No flagellation on Monday please, and no mere counting of tweets. 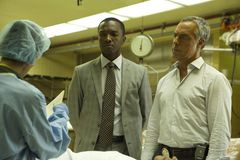 John Doyle: X Company is excellent, if conventional, entertainment
May 12, 2018 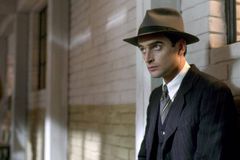 John Doyle: The end of Sun News is both national tragedy and farce
May 12, 2018 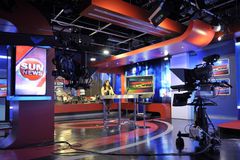