In my most recent epistle, I was telling you about good and great TV arriving in early 2017. The high excitement of it all. The pleasure of anticipation. The dramas with great actors and nuanced scripts. The approaching phalanx of serious-minded shows that will be on Top 10 lists by the end of the year.

Well, enough of that. Today, I'll tell you about a new series that is so wretchedly bad I was overwhelmed by grumpiness and obliged to watch an episode of Tiny House Hunters on HGTV to recover my spirits. Tiny House Hunters is bizarre and often hilarious. It is a work of comic genius.

The Mick (Tuesday, Fox, City, 8:30 p.m.) is the most insultingly bad comedy since CBC inflicted Schitt's Creek on us. And it shares a theme with that CBC mess – hey, the rich are people, too! The central character is Mackenzie (Mickey) Murphy (Kaitlin Olson from It's Always Sunny in Philadelphia), a slacker, con artist, hard-living, blue-collar broad, and proud of being a broad. We are introduced to her as she whirls through a supermarket stealing and eating stuff. For no particular reason – the show declines to acknowledge logic, comedic or otherwise – Mickey and her stoner boyfriend decide to visit Mickey's sister in Connecticut.

The sister is married to some superrich guy, lives in a mansion and has three bratty kids and a maid. In the blink of an eye, the sister and hubby are arrested on some tax-dodging charges and, apparently, then manage to flee the country. This puts Mickey in charge of the kids, the mansion and all the trappings of wealth.

It is never explained why there are still credit cards to be used, but Mickey uses them. Meanwhile, she sets about teaching the rich, bratty kids about life from the perspective of the not-rich. This involves getting snooty teen niece Sabrina (Sofia Black D'Elia) drunk and offering advice about Sabrina's "hot" boyfriend. It also involves telling one of her nephews that in order to deal with a bully at school, the kids should pull down the bully's pants and mock the bully's penis. This results in the nephew returning home with a seriously bloody face. Mickey then reacts to events by going on a bender and passing out.

The purpose of all this frantic, unfunny activity is beyond me. On the one hand, the rich kids are being satirized. Sabrina is tall, chilly and living in a Gossip Girl world of wealth, style and extreme thinness. She also plans to attend Yale. Mickey's approach is to remake her as a teen that just wants to get drunk and get laid. Hilarity is meant to ensue.

Satirizing the rich is one thing, but reducing everything meant to be "authentic" to a matter of sex, drink, drugs and theft is a mystifying tactic. Besides, the core premise of The Mick is already ancient. Uptight kids get a dose of reality from a wild-and-crazy relative. It's there in Uncle Buck, and there are times when The Mick rolls along as a slightly rejigged episode of that old Fran Drescher vehicle, The Nanny.

Like Schitt's Creek, The Mick appears to be under the impression that it exists as droll commentary on the 1 per cent and there is hilarious material to be mined in seeing the rich be humbled by their hubris. That old comedy standby works if there is some humanity to be revealed and the values of the 99 per cent are shown to be somewhere in the region of humane and good-humoured. Mickey's penchant for going on benders that last 48 hours is not exactly a successful pitch for the pleasures of being blue-collar and hot-blooded.

And then there is the matter of the maid. Mickey's sister employed a woman from Guatemala and one of Mickey's big ideas is to include the maid in family meals. At the same time, the maid is mocked for her girth.

Frankly, I don't get any of this. Fox is promoting the series as a cable-like excursion into raunchy comedy but the show careens here, there and everywhere, from rude slapstick to bland sentimentality.

So why dwell on it? Well, I saw a review by an American critic who called it "a Trump-era twist on Family Affair." Another review called it "nihilistic."

Sometimes, I think, we all tend to overthink pop culture. There is no political significance to The Mick. It sucks. There's more fun and significance in Tiny House Hunters. 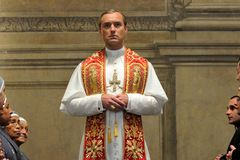 It may not be a critical darling, but there’s no end in sight for Supernatural
March 21, 2018 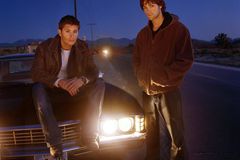