About 23 million people in the United States watched the most recent CNN Republican candidates debate. That's a staggering number, up there with National Football League games.

Are the issues and the candidates gripping the American public? No. Donald Trump is. There is much flailing, attempted explanation of the Trump phenomenon. And there is this truth: It's all about reality TV.

Most readers of this newspaper have never met a reality-TV star. I have. Reality-TV stars are a strange breed, striking in their immodesty and strangely unself-conscious about their blunt egotism. They swagger. They are champions, and champions don't need to do much explaining.

I have also met Sarah Palin. Piece of work, Palin. A strange mixture of guile, bluntness and charm. She carries on regardless. She knows that her sound-bite opinions are often reckless, but she knows that her recklessness is what makes her a commanding figure.

American politics changed forever on Aug. 29, 2008, when John McCain announced that Palin would be his running mate on the Republican presidential ticket. In choosing Palin and pushing her family and life into prime time, the Republican Party was driven by marketing impulses learned from the success of the reality-TV genre. Ordinary people with attitude but without sophistication appeal to viewers as more authentically American than the fictional doctors, lawyers and detectives being portrayed on network dramas.

For all the scorn directed at Palin and her family, she won. The lasting fame, the endless offers of yet more TV appearances. That's winning, in the world and mindset Palin inhabits.

There was a time when the seeping of the reality-TV culture into politics could be explained in the context of authenticity. There is so much phoniness in the world and, well, the public isn't stupid. People respond intuitively to realness. They might not analyze why they are drawn to inarticulate public figures with messy lives, but they like what they see.

In the case of Trump, we have moved beyond the "authenticity" explanation. We're at the level of hyper-authenticity that isn't real at all, but is a construct. We've had 15 years of competitive reality-TV series – if the arrival of Survivor on CBS in 2000 is the marker – and the genre has become more complex.

Where once the attraction was robust ordinariness, featuring people with messy lives, the attraction now is watching contestants who understand, as the audience does, the dynamics of reality TV. Where once it was cunning, treachery and ego that won the day on Survivor, now it is hyper-egotism that is essential. It's recklessness on a greater scale.

In the language of media and literary studies, Trump is extra-textual. He is outside the text, outside the narrative that has been written, preordained. Not only does he create conflict with other participants in the Republican race, just as the most famous reality-TV contestants are there to create conflict inside a carefully chosen group, he transcends the entire group and its dynamic by blustering, by saying the unsayable, by never expressing regret or apology. He exposes the tame game that is the race for the Republican nomination. And for that he is attractive and admired.

Trump is no scholar of reality TV. He just knows. Years of being part of The Apprentice gave him canniness about it. The most famous figure on The Apprentice, apart from Trump himself, was Omarosa Onee Manigault, better known as just Omarosa. The woman is a reality-TV legend. Fact is, she never came close to winning The Apprentice. But she made a decision to be controversial, caustic, blunt and always acrimonious.

She didn't play to win the game, she played to transcend it. After The Apprentice, she appeared on 20 reality-TV shows and today has a thriving career teaching branding and marketing classes. Omarosa was one of the first to grasp how second-wave reality TV really works. Now, Trump does, too. Don't play the game, create a hyper-version of it in which you are the only figure who matters. Works on TV and it's working in politics. 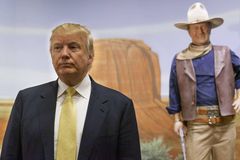 Donald Trump’s candidacy is a case study in the anxious state of contemporary media
August 14, 2015 What Ben Affleck and Jennifer Garner can learn from Donald Trump
July 17, 2015 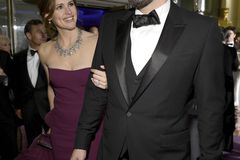