One day in July, 2008, along with a small group of fellow TV critics I visited the Mad Men set at Los Angeles Center Studios. It was a memorable visit. The series was shooting its second season at that point and far from being the iconic, much-adored series that ends this weekend.

In one area, Matthew Weiner took a tiny group through the Draper family residence. He explained the relevance of every single object, from the large furniture to small items on kitchen counters to a magazine or a book abandoned on a bed. He was meticulous, exact and he was in his glory – painstakingly annotating the minutiae of his extraordinary creation. Everything he showed us meant something.

These weren't set decorations or props. They were meaningful. Set designer Amy Wells called out to us, "Don't take anything! This stuff is irreplaceable." And she meant it.

Upstairs, costume designer Janie Bryant held court. Bryant showed us racks of hoop skirts, form-fitting dresses and girdles. "It's all about the foundations," she said. "All the actresses on Mad Men wear the girdles, they wear their bullet bras with their tips and padding and stockings and everything." A couple of women in our group reached out to touch some of the dresses and Bryant looked a bit frightened. She didn't want grubby fingers on the gorgeous clothes.

Recalling that visit serves as a reminder that Mad Men has always existed on two very separate levels. It could be viewed as a period-piece soap opera, a show that's all surface glamour. About clothes and sex and romance and workplace drama. Second, however, it could be viewed as Weiner's richly detailed intellectual creation, a drama drenched in literature, a formidably complex story in which the eternal themes of American literature were teased out and brooded upon.

Books and writers have been woven into the texture of Mad Men from the beginning. The character Ken Cosgrove had a story published in the Atlantic. Frank O'Hara, Norman Mailer, Jack Kerouac and countless other writers have been referenced. Essentially, Mad Men's literary core is mid-20th-century American writing. While the great themes and tropes of American literature are always beneath the surface – Don Draper's recent wanderings being a mash-up of Huck Finn adrift on the Mississippi River and Kerouac's Sal Paradise driving West – it is the specific themes of mid-century American writing that dominate.

Even now, as the show concludes, it is striking that its intellectual heft is anchored in the fifties. Sure, so much of its action and surface has been about the turbulent sixties and the start of the Me-decade seventies. But its moral urgency, its delineation of manners and morals, is moored in fifties American cultural crises.

And justly so. At the start of the sixties, when Mad Men's story began, post-war writing about masculinity, material success and male alienation from traditional American frontier individualism was what mattered, intellectually. Weiner poured most of those themes into Don Draper. But not just Don. Over the seasons, Pete Campbell was often like a walking, talking, screwed-up male straight from the mind of Norman Mailer. His jealousies and insecurity, his fistfight with Lane, all milestones in the Mailer-specific journey to becoming an authentic man.

The emphasis on stress and alienation, the inner spaces of the mind, has been relentless. Matthew Weiner may, in fact, be the greatest scholar of the period of mid-century literature. He seems to have read everything by John Cheever and John Updike and both used their material and explained their themes in the shifting lives of characters on Mad Men, especially the men – in particular the insistence on the value of the individual, despite failure and error. Although the series ends having moved into the seventies, the reappearance of Duck Phillips is rather like a cameo by a melancholy, tipsy businessman from a fifties John Cheever story.

As Mad Men ends, what's really relevant is its beginning. The main characters are older, more mature and worldly. But where they came from is what has shaped them and where they came from is the fifties. The clothes they wear matter, since they are dazzling, emphatically of the early seventies, but their souls were forged in the angst, awkwardness and ambitions of the fifties. That is Matthew Weiner's true obsession. 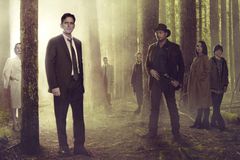 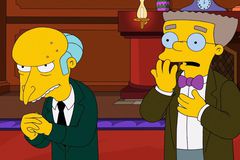 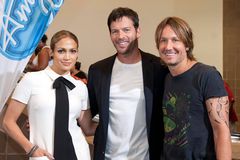