The Gemini Awards marathon starts tonight. Television awards are handed out, at a bunker-like location in Toronto, tonight and tomorrow night. Don't fret, it's not on TV. Next Wednesday (Sept. 7), there is the Gemini Awards broadcast gala, airing on CBC. You'll get a reminder later.

In previous years, the Gemini Awards would last for approximately 15 days and nights, and would only end when the police ordered the shindig to shut down. Or so it seemed. There are just so many awards to be handed out, for all the excellence in Canadian TV, that, as one critic notes annually, "CBC receives eleventy billion Gemini nominations."

Too true. This Gemini wingding is, after all, the work of an awards outfit that has not one, not two, but three separate awards for something called "Best Cross-Platform Project." I'm not kidding. There are separate ones for the children's and youth, fiction and non-fiction categories. And you think I'm overdoing it when I call television "a racket."

Anyway, among the awards handed out tonight is Best Talk Series. There are three nominations: George Stroumboulopoulos Tonight (CBC), Mansbridge One on One (CBC) and JR Digs Man with a Van (Global/Shaw Media).

The other day, JR Digs called me to point out that he is nominated and to encourage me to write about this fact. Seeing as neither Pastor Mansbridge nor George Stroumboulopoulos called me, I will indeed tell you all about JR Digs Man with a Van. It airs in the middle of the night – okay, usually after Saturday Night Live – on Global across Canada on Saturdays. What happens on the show is that host JR Digs drives around in a van and interviews people in the back of the van. It's that simple and there's a bit of genius in it.

It's genius because it distills the whole TV-talk-show thing down to its essence. In the back of the van, there are a couple of seats and a potted palm tree, and behind the seats where the guests sit, there's a small backdrop showing what looks like Hollywood at night. That's it, and obviously that's all you need for a TV talk show.

Usually Digs drives around for a while before the interview unfolds. So instead of the usual talk-show monologue or intro, Digs just rolls down the window of the van and talks to pedestrians on the street – "Hey, how's it goin'?" kinda interviews. He asks people about what they're wearing, where they're going, and stuff. Some of them, especially the recurring characters, are very funny.

Eventually, after other bits of comedy business, somebody gets into the back of the van, and Digs interviews them. These are not always your usual chat-show interviews. When he interviewed Spenny from Kenny vs Spenny, one question was, "Are you doing good in the hot-chicks department?" Spenny demurred, if I recall correctly.

Not that many celebrities are actually willing to enter the van, mind you. Often Digs has to get out of the van, stick a microphone in somebody's face and ask some peculiar questions. Once he asked actor Jeff Goldblum about his favourite sandwich. This was cute, but not that entertaining. There are too many TV interviews these days in which actors are asked about ice cream and their horoscope and stuff. Still, with Digs he got into the back of the van and goofed around some more.

Digs has been doing the late-night TV thing for some years, in various formats. In fact, at one point he bought time on Global, paying the channel to air the shows he made. Some were juvenile but fun. He'd made some money in the surfboard racket and invested it, but almost went broke doing the TV thing. He told me, "When I got kicked out of the studio space/garage because I didn't have any money left, I started shooting the show from various bars and locations around Hamilton and Burlington. One time I loaded everyone on a city bus and took them to someone's house to finish shooting the show. It was hilarious, so the next week I started shooting the show from people's houses and basements. Before long, it got tougher and tougher to gather a volunteer crew together by paying them in Pizza Pizza coupons."

With the van thing, Digs hit gold. The show has a small cult following and it deserves a Gemini nomination for originality and zest. It's unlikely he'll win, given the weirdness of the Gemini Awards. Still, if Mansbridge or Stroumboulopoulos win, they could make a great gesture of graciousness if they gave the Gemini statue to JR Digs, man with a van, man with a real passion for making a TV talk show.

In memoriam I shall miss the letters and e-mails from Ron Haggart, the great Canadian journalist who died on the weekend. Haggart was a legendary newspaper man at The Globe and Mail and the Toronto Star before taking his talent and ferocity to the news areas at CITY-TV and the CBC. He was a key figure in developing and launching CBC's investigative series the fifth estate. His communications were often blistering attacks on laziness in TV journalism. He wrote to me often and he was often correct.

We're celebrating labour, but where are the shows about workers?
September 5, 2011 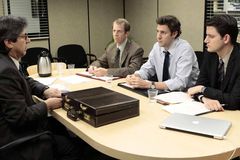 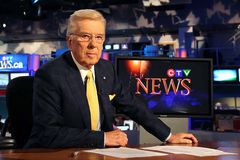 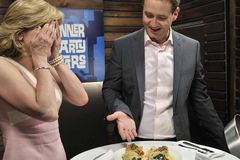 On the all-news channels, the drumbeat of anti-Obama blood lust
August 25, 2011 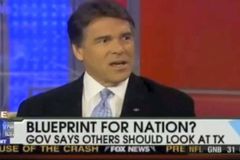 Forget female empowerment. How about female employment?
August 24, 2011
Jack Layton: The man was the message
August 23, 2011 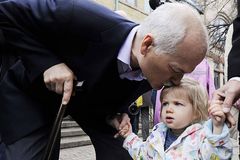