Like millions of Canadians, I am routinely annoyed by the arrival of the monthly cable bill. "Why," I demand loudly of anyone in the immediate vicinity, "are we paying $100 a month for TV? All anyone ever watches around here is TSN and the NFL Network." Sometimes my son mounts an impassioned plea for the necessity of watching news about American football at breakfast. Sometimes my spouse points out that the pricing policies of cable companies are not actually his fault. Sometimes, the family dog stares back at me with an air of hopeful befuddlement, wondering if my expostulations might possibly lead to a walk. But mainly nobody gives me the time of day and I just drop the subject until the next month.

The one time I did actually call Rogers to see if we couldn't do something about this crazy bill, there followed a long conversation with a patient sales representative about possible solutions. What if we were to drop down a tier? Then we wouldn't get all the sports channels we needed. What if we were to try the sports package? That would cost more, not less. Through much fiddling about, he came up with something that was going to save us about $10 a month but involved some compromise on channels, at which point I gave up.

So, if anybody should be dancing in the rec room at the news the Canadian Radio-television and Telecommunications Commission will now require television distributors to offer consumers more flexibility in pricing, it should be me. But my joy is tempered by realism, a lot of realism: I don't think the pick-and-pay model now being imposed on the distributors is going to significantly lower cable bills. And I do think it will do some damage to the Canadian TV industry.

On Thursday, the CRTC announced the most anticipated decision from last year's Let's Talk TV hearings and revealed that, yes, Canadians will get what we all say we want: pick and pay. By March, 2016, broadcasting distributors will be required to offer a $25 basic channel package and provide consumers with the ability to add either small packages or individual channels at will.

The CRTC stressed that the role of the small package is to provide everybody with affordable access to Canadian news, information and educational programming, but most Canadians consider the American networks to be pretty basic too. One of the first questions we'll all be asking our distributors is whether the U.S. networks are included in the $25 package: If they aren't, we'll find ourselves forced into a higher tier. Either way, cherry-picking a few channels or small, themed packages beyond basic will quickly add up. Don't expect to get one channel for 1/100th of the price you used to get 100 for.

The big misunderstanding about the current system is that we are somehow paying through our cable bills the actual per-channel cost for all the channels we don't watch. Broadcasting distributors are really selling us access; the bigger the bill, the more choice is offered. Complaining about unwatched channels is a bit like complaining about the fancy elliptical machine at the health club. You may never use it, but somebody else does and their fees are helping pay for your treadmill.

Not that small players aren't going to fall by the wayside here. Some smaller channels, especially those that aren't owned by the big broadcasting groups, are probably going to expire. It's no judgment on their programming to suggest that niche offerings like Cottage Life or Vision TV may not survive these changes.

CRTC chair Jean-Pierre Blais acknowledged as much as he took questions at a press conference following Thursday's announcement, but rejected doomsday scenarios that suggested $1-billion in economic activity and thousands of jobs would be lost. Recognizing that power in the industry lies with vertically integrated conglomerates, the decision includes some requirements that the distributors offer channels other than those owned by their own groups, but how effective will that prove if nobody chooses to buy those channels? And if it's the independent channels that go under, yet more pricing power will be concentrated in the hands of the big guys.

Blais talks about a more competitive market in which producers will have to consolidate and innovate to thrive, but the pick-and-pay decision is actually an odd mix of free-market talk and interventionist action. After deregulating cable prices in the 1990s and then maintaining for years the fanciful proposition that we have competition in broadcasting distribution in this country, the CRTC is now effectively regulating prices again.

How much will you get for your $25? My bet is that most Canadians will find themselves piecing together a smaller cable package that will cost just about the same as the old behemoth. I wait with bated breath to hear what I am going to have to pay for the NFL Network.

Kate Taylor: Will the CRTC get the future right as it begins dismantling Cancon?
March 12, 2015 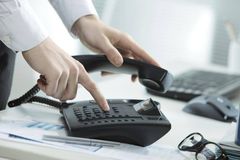 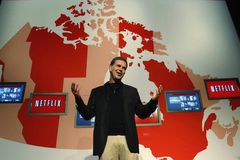