Lucy DeCoutere says she has resigned from the "Trailer Park Boys" just hours after one of its principal actors denied assaulting a woman in the U.S.

DeCoutere, who co-stars in the show, testified against Jian Ghomeshi in the former CBC host's highly-publicized sexual assault trial.

Mike Smith, known for playing Bubbles on the cult comedy show, was charged with a misdemeanour in Los Angeles on Friday.

Posts on DeCoutere's Twitter account said she was resigning from the show, saying it was linked with the allegation against Smith, adding she had spoken with both her co-star and the alleged victim. The tweets saying the departure was linked to the allegation against Smith and that she had talked to her costar and the alleged victim no longer appeared on her Twitter account late Saturday.

Police haven't released details of the charge against Smith, but the show has issued a news release in which Smith denies assaulting a woman.

"At no time did I assault her. I am not guilty of the misdemeanour charged against me," Smith says in the written statement, adding the woman he is accused of assaulting is a friend of his.

The statement also included quotes from the alleged victim saying police were called by others not present in the room who mistakenly perceived the argument to be "something other than what it was," and there was no real issue.

Smith will return to a L.A. court on April 29 to face the charge.

DeCoutere did not immediately respond to a request for an interview to elaborate on the reasons behind her Twitter announcement. A few hours before announcing her resignation, DeCoutere tweeted, "If I find out that somebody is abusive, I cut them out of my life. It's very easy."

Ghomeshi was acquitted on all charges of sexual assault and choking last month. Justice William Horkins said he could not rely on the testimony from the three Ghomeshi complainants, including DeCoutere, who agreed to be publicly identified.

The Ghomeshi case has generated an intense national debate on how Canada's justice system deals with abuse complainants. 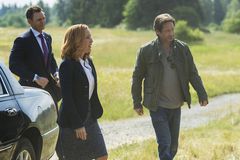 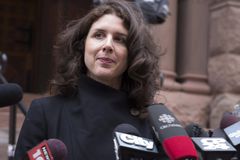 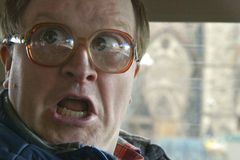