Martin Sheen is on the line, talking Bob Dylan, keeping it real and Anne of Green Gables, as one does. Sheen, who stars as Matthew Cuthbert in a new small-screen adaptation of the 1908 Canadian classic, wants to know how authentic the blue-screened snow looks in one of the winter scenes. "I haven't seen the final version, with the special effects," he says.

To be honest, the snow doesn't look so real. One doesn't wish to tell Sheen that, but who wants to lie to the man? Splitting the difference, I tell the great actor that the white stuff didn't look as fake as the spots on the Anne actress's face. "Yeah, the freckles weren't real," he says. "That was an issue. They were going to get rid of them."

The freckles stayed in Lucy Maud Montgomery's Anne of Green Gables, the full title of the two-hour made-for-TV movie that airs Monday on YTV. In the first scene, the 75-year-old Sheen is seen running around a barnyard chasing a pig. Good God, the actor who barely survived the hellish making of Francis Ford Coppola's Apocalypse Now in the Brando-infested Philippines was going to die doing Anne of Green Gables in bucolic Canada? "It was a stunt double," Sheen admits with a laugh. And the brown stuff on his face, was the real Sheen in the hog muck? It was molasses.

The syrup was the only sticky situation endured in the filming, which took place mostly at a heritage park in Milton, Ont., outside Toronto. "It was quite wonderful," says Sheen, who refers to co-stars Ella Ballentine (as Anne, the precocious, pigtailed orphan) and Sara Botsford (as Marilla, Matthew's unsmiling sister) as "those extraordinary dames."

(Montgomery's red-haired orphan, in fact, is having a bit of a moment. In addition to the TV-movie Sheen stars in, an eight-episode TV series, minimally called Anne, which is slated for a debut on CBC in 2017.)

In the story, Matthew and Marilla are thought to be middle aged, but this isn't the first time Sheen has played younger. He was in his early 30s and prematurely grey when he was cast as Kit, the blasé young psychopath of 1973's Badlands, Terrence Malick's brilliant debut. "I didn't anticipate getting the part," Sheen says. "I thought I was too old."

Initially Malick agreed, but then decided to go with Sheen, who shared with the character an enthusiasm for James Dean. The morning after he was offered the role opposite Sissy Spacek, Sheen was driving along the Pacific Coast Highway at sunrise when the radio began playing Desolation Row by Bob Dylan, Sheen's patron saint.

He pulled off the road and cried – an epiphany, as Dylan sang surreally about a circus, a spoon-fed Casanova, a fortune-telling lady and someone famous long ago. "It was an emotional, deeply personal, very mysterious moment," the actor recalls. "I was relating the song to what just happened to me. The realization that I was going to play the part of my life, with a director I so admired."

Admired? Malick? But he had never before made a movie. "I knew he was very, very powerful," says Sheen, who himself was filming a Mannix episode at the time. "He's been called, and rightly so, a cinema poet. And he still is."

Sheen still considers the role as his most important one, even more than Captain Benjamin L. Willard in 1979's Apocalypse Now, the film that made him the star that Badlands was supposed to, but did not.

"Apocalypse Now was a great success, and it gave me an entrée into a larger field," Sheen says. "But it was a director's medium, by in large. It was Francis. Anyone could have showed up for that role and did what was required, and it would have been equally as successful. That's my take."

What about the experience of the filming, though – the booze, the heart attack, the craziness, the Brando? "It changed my life in a lot of deeply personal ways, none of which I want to get into right now," Sheen says. "It's in the ancient past. It's half a lifetime ago, literally."

After surviving Apocalypse Now, the near bungle in the jungle, Sheen went on to prominent things, including playing a Democratic president for seven seasons in the popular television series West Wing.

Long ago he once said about acting that when he is ready to do any role, he asks himself the same questions – "Why are you scared? What are you hiding?" – before dealing with the reality of the character. Does he still do that?

"Essentially, yes," he says. "You try to find the humanity and try not to make any judgment. Even worse than that is a sentiment. Sentiment is the worst enemy of an artist, because it forecloses the audience participation in what you're doing.

"I still work that way." 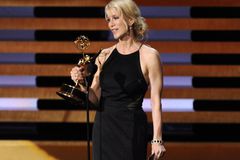