Johanna Schneller
Special to The Globe and Mail
Published February 7, 2014 Updated May 11, 2018

Those of us who never miss an episode of Girls have been watching the third season, airing Sunday nights on HBO, through our fingers, wondering how long Adam Sackler (Adam Driver) will be able to maintain being a good boyfriend to Hannah (Lena Dunham, who writes and directs the series as well as stars in it). Adam has moved down and up in viewers' esteem more than any other character, and has proven capable of nearly anything: passion, indifference, empathy, solipsism, tenderness, rank objectification. The longer he stays together, the more you fear he's bound to fall spectacularly apart.

The fact that Adam experiences such swings yet still feels whole as a character is a testament to Driver, whom Dunham credits with co-creating him. But if you think that Driver is playing a version of himself, you are mistaken. Adam Driver is a singular personality, but he's also a deceptively fine actor. "People say to me a lot, 'Hey, you're not a psychopath!'" he says, grinning.

We're in a hotel suite during the most recent Toronto International Film Festival, where Driver had two films, Tracks and The F Word. Right away, it's obvious he's not that other Adam. He's handsomer, for one thing: The camera exaggerates his ears and nose, while minimizing his eyes, chest and shoulders. In person he's a tall, strapping fellow (check out the photo he did for Vogue magazine, shirtless, with a goat slung over his shoulders) and his eyes are all you see, brown and burning with a steady intelligence.

Both Driver and his Girls character share an eccentric speaking style – pausing in some phrases, racing through others, emphasizing unexpected syllables – but Driver's phraseology isn't a hipster slackness; it's the physical manifestation of how quick his mind is. He articulates just enough pieces of a thought until he sees you've got it, and then he moves on.

Driver is also the opposite of Sackler in another important way. The character, he says, "is constantly in motion, unchecked, has these philosophies he decides to abide by, then just drops and isn't sure why." (When they were creating Sackler, he and Dunham compared him with "a rhino that sees one thing and plows forward and can't see anything else until he's exhausted that thing.") The actor, by contrast, pursues things with steady determination.

He grew up in a small-town, Mishawaka, Ind., singing in the church choir, acting in school plays and working his way through thousands of movies his grandpa recorded onto used VHS tapes, which he catalogued in a laminated binder. "He recorded them off the TV so my sister and I could watch them," Driver says, "all PG versions, with people saying dang and heck. I was aware there was an importance to that sacred book, how much time and attention he put into it."

After the terrorist attacks of Sept. 11, 2001, Driver and some friends made a pact to join the military, but he was the only one who actually did; he signed on as a Marine because that branch seemed the most challenging. "Though to be honest," he admits, "my patriotism was coupled with the fact that I wasn't doing much, just working odd jobs as a telemarketer and vacuum salesman, and the military is always hiring."

After training for two years, he was on the verge of being deployed to Iraq when he broke his sternum and was medically discharged. "I really loved it," he says of his military life. "I didn't want to leave."

The experience taught him to take his choices seriously. He decided to pursue acting as aggressively as he had the Marine Corps, and wound up at the Juilliard School in New York. He knew nothing about theatre or its culture. "I was very much a newborn there," he says. "But I found many military lessons applied – working as a cohesive unit to accomplish something bigger than yourself, taking direction from someone in charge, knowing your role within that team. Realizing it's not all about you. And the discipline of it, self-maintenance." He laughs. "However, there's not room for a lot of conversation in the military – no, 'Let's have a collective school circle about this shared experience.'"

He was talented (and lucky) enough that great directors found him immediately, giving him small roles in Lincoln, Frances Ha and Inside Llewyn Davis, followed by Girls. "It was an explosion – really exciting people to collaborate with suddenly seemed available," Driver says.

"It feels fast. I haven't evaluated it, nor put words to it. Nor do I know that I will. Suddenly having access to people I've grown up watching, to consider them my peers – it's surreal. To show up for work, and my scenes are with Daniel Day Lewis, and then to find out he's the most generous scene partner, and still has a youthful ambition to make every minute as good as possible. To work with people I admire so much, who are at the top of their field, yet who still have an urgent need to communicate something – I can't ask for anything better than that."

He's drawn to characters you're not sure what to make of – "people you can't sum up in their first scene. And maybe even by the end scene," he says. But he's not sure if his performances succeed, because he rarely watches them. For example, he's never seen Girls.

"Swear to God," he insists. "Whenever I do watch something, I walk away wanting to change it, make it look better. In life I try to control things and make things very neat. When I go to see movies or TV or plays, I always feel I can tell if someone was trying to make it look better. But I'm attracted to things that aren't straight on, that are left of centre, that aren't perfect, that are messy. That feels more true to me. I feel if I watched Girls, I would judge my performance and want to tidy it up."

His future is crowded with interesting-looking projects. First there's Tracks, the true story of Robyn Davidson (Mia Wasikowska), who in the 1970s trekked 2,700 kilometres across the Australian Outback accompanied only by four camels and a dog. Driver plays the National Geographic photographer who dropped in and out of her journey.

Then there's The F Word, a clever Canadian comedy in which he is best pal to a lovelorn Daniel Radcliffe. After that comes a comedy set during a shiva, a reteaming with Noah Baumbach, and projects with Jeff Nichols (who directed Mud) and Martin Scorsese (opposite Liam Neeson and Andrew Garfield).

The work part, he's loving. The fame part, not so much. "There's so much to interpret," Driver says, enunciating both Ts. "Yes, I take myself way too seriously sometimes. But at the same time, what does this all mean? How do I not take myself so seriously that I can't just roll with things, like people asking who I'm dating" – for the record, he's married – "but at the same time, take what I do seriously enough so that I have something that's sacred? Everyone wants you to overexplain things, to have an answer. But I don't like everything to be A to Z explained.

"It's just weird for me," he sums up. "And I'm new at it, so I can't help but wear my feelings on my sleeve. I want to go down the rabbit hole, but for the right reasons. Not in a way I shouldn't." 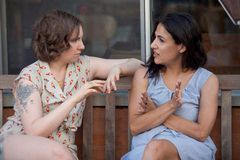 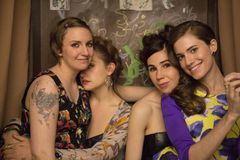