Tatiana Maslany is a nice girl from Saskatchewan. In person, the rising actress is cheerful, friendly, free of attitude and blessed with a sweet face that makes her look younger than her 27 years. On-screen, she is a chameleon who has played roles as lofty as the Virgin Mary, but who more often gets down and dirty, cast as the anarchic street tough with a leather jacket and plenty of eyeliner.

"I think people are interested in that contrast. … I think my face says innocence, and it is interesting to see that innocence corrupted. It's a cool tension," Maslany explains.

Her latest role is calling on all this shape-shifting diversity: In the new sci-fi thriller Orphan Black, she plays five identical women who discover they are clones. The lead character is Sarah, a Toronto street hustler with a tough South London accent left over from her days as a foster kid back in the U.K. But when Sarah witnesses the suicide of a woman who looks just like her and makes the mistake of stealing her purse and her identity, she has to become Beth, a North American cop who has been uncovering a spooky conspiracy. From there, Sarah eventually meets up with an artsy German tourist, a Scarborough soccer mom and a science geek with dreadlocks, all of them played by Maslany in different wigs and accents.

"I was salivating, starving for it," Maslany says of hearing about the role in the Canadian series that Graeme Manson and John Fawcett have created for Space and BBC Worldwide. Once the dream became a reality, however, she was terrified by the challenge, and began preparing by defining each of the five women in great detail, pinning down family backgrounds, childhood dreams and world views. In the end, she was an actor playing an actor, as the hard-edged, tough-talking Sarah takes over Beth's wealthier, slicker life. Being terrified seemed like good preparation.

"Sarah is going, 'Okay, I'm Beth.' How do I embody that? There was something in me that was able to play out my insecurities about this character, my fears about playing the character, innately in the structure of it."

The mere logistics of performing all these parts are intimidating too, especially in scenes where the clones interact. On-set, Maslany would give her performance to a dangling tennis ball that indicated where her eye line should be while she was filmed by a robotic camera that can memorize a path and repeat it in subsequent takes. One character's performance completed, she would disappear for a hair-and-makeup session as long as 90 minutes before returning to play the other side of the scene.

"It's an insane process and it takes hours," she says. "So much of acting is listening and responding and being present. This is like improv; it's like on a stage, you don't have anything. … Actors always have to be inserting things from their imagination. You are looking at a green screen, and it is supposed to be a canyon."

It actually sounds like a dream job for a woman who has been working professionally since the age of 9.

"I was always performing," she says. "I started as a dancer when I was about 4 … My brother and I would always perform for our parents, force them to sit down and watch us and pay us for it, buy tickets." Both that brother, now 24, and a younger one, now 15, are also eyeing careers in the business, but theirs was not a showbiz family: Maslany's mother is a government translator and her father is a cabinetmaker.

She came to Toronto from Regina seven years ago to hone her craft and has been landing increasingly powerful parts, including the role of Mary in the 2010 BBC TV series The Nativity.

"I love people, watching people interact," she says, explaining why she likes the work. "It's a lot of psychology. We learn about ourselves by watching other people's lives on the screen."

Before Orphan Black, she was again playing the role of corrupted innocence as the troubled and promiscuous teenager in Picture Day, a Canadian film that earned her the reputation of an up-and-comer at the 2012 Toronto International Film Festival.

"I am drawn to those parts; I like the tough girls because they are not tough. It's a veil; it's a disguise. It's defences. At the core, everybody is human, everybody is fragile, everybody is terrified, and the fear is what propels you to be tough. Maybe that is where the connection comes. I see it as armour. … Maybe there is a vulnerability [I get] because I am a small-town girl."

Orphan Black premieres on the Space Channel on Saturday at 9 p.m. 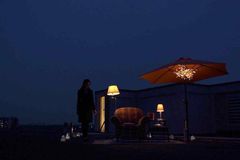 Is Tatiana Maslany the Next Big Thing?
September 7, 2012 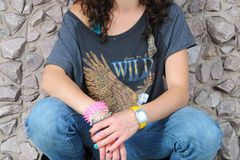 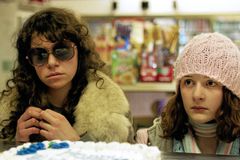