They haven't yet even graduated from Grade 7, but Allison, Charlotte, Emma, Nicole and Sophia are already upsetting some of this country's most powerful media executives.

On Thursday morning, as the five friends strolled along Queen Street West in Toronto, dozens of workmen behind them were hauling cables and hanging lights in preparation for Sunday night's broadcast of MuchMusic Video Awards. The annual spectacle regularly pulls in MuchMusic's biggest ratings, powered by a lineup of performers that this year includes pop star Lorde, Ed Sheeran and the Sam Roberts Band. Presenters include the Arkells, Fefe Dobson and the Weeknd; the hosts are Kendall and Kylie Jenner.

But while the girls said they will probably check out the show, they acknowledged it would likely be the first time in about a year since they had last tuned in to Much.

MuchMusic is an unwitting victim of the very thing that once made it a success.

When the channel launched in 1984, it did so with a broadcast licence that granted it so-called genre protection: a guarantee by the Canadian Radio-television and Telecommunications Commission that Much would be the place on the cable lineup to watch music videos. (The CRTC only formally encoded genre protection in 2000, although the practice existed long before that.)

At the time, the monopoly was seen as necessary to create a healthy channel that could plow some of its profits into the then-nascent Canadian music-video industry. But, for Much, that genre protection is now more trouble than it is worth. And while the magnitude of the channel's problems are unusual, its struggles reflect some of the hurdles the domestic TV industry faces in adapting to a wave of foreign competition.

Seven years ago, when Charlotte's brother was the age she is now, Much was a dominant force in Canadian popular culture, with ratings and a bottom line that reflected its place as an arbiter of musical taste and teen fashion. In 2007, the channel had a staff of more than 140 and an operating income topping $14-million. Last year, with its staff down to about 75, MuchMusic recorded the first operating loss since its scrappy 1980s startup days. With advertising down more than 28 per cent between 2011 and 2013, according to documents filed with the CRTC, the channel lost just under $1.5-million last year.

No wonder. "If I'm listening to the radio and a cool song comes on and I want to hear it again, I'll go to YouTube to find it," Sophia said. (None of the girls wanted to give their last names for publication.) She added that she often goes straight from YouTube to iTunes to buy the music she likes. MuchMusic simply doesn't figure into the equation.

Allison added: "If a song is really popular, it'll be on the YouTube home page."

In a recent interview, Kevin Crull, the president of MuchMusic's parent company Bell Media, acknowledged the painful reality: "We have to air 12 hours of music videos [daily], as a condition of licence," he said. "Kids do not watch music videos on television. You're not going to wait for somebody to program a music video when you have a million available on Vevo. That has hurt the channel." (Bell's parent company owns 15 per cent of The Globe and Mail.)

Others grumble that in fact Much's move away from music – programming such shows as The Tonight Show with Jimmy Fallon, The Fresh Prince of Bel-Air and The Simpsons – has done more harm.

Crull believes the viewership of Much is higher than its official ratings indicate. Two years ago, Bell held discussions with the ratings service BBM Canada to resolve its concerns that the measurement methods were no longer capturing teen viewing. But after looking into the issue, BBM now believes its ratings are accurate. Even so, Crull said he was intrigued when CNBC, the U.S. financial cable channel, earlier this month said it would no longer guarantee advertisers a minimum audience during the daytime, because it believed so much of its viewership occurs in offices and other places where the Nielsen meters do not reach.

"There's no question advertisers want to reach the audience that is watching Much," Crull said. "We might observe what CNBC is doing and say: 'Look, we're gonna stop talking about audience size, and if you want to be on Much, here's what a 30-second spot costs.'"

Still, Bell knows the channel needs to change with the times, which is why the company has been trying for years to take the music out of MuchMusic and refashion it as a teen lifestyle brand. In 2010, Much's then-owner CTVglobemedia applied to the CRTC to reduce the amount of videos the channel was required to play, but the regulator deferred the request, saying it would be more appropriately handled during a licence renewal proceeding. But the following year, when the CRTC renewed MuchMusic's licence for another five-year term, the request was denied because of concerns it would "considerably reduc[e] the diversity of programming available in the system."

Hope for Much may be on the horizon. Since last fall, the CRTC has been hinting that it might look at abolishing genre protection as part of a move to open up the broadcasting system. That could enable Much – and any other channel – more flexibility in programming as viewers' habits change.

For the time being, Crull believes programming new non-music content will be fruitful. "We picked up some unbelievable cable shows this year in L.A.," he said. "Much is going to be the beneficiary of some of that."

Jenner sisters to co-host this year’s MuchMusic Video Awards
May 12, 2018 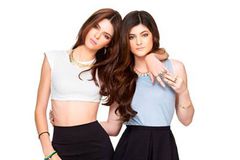 So whatever happened to pop music’s Korean Invasion?
May 11, 2018 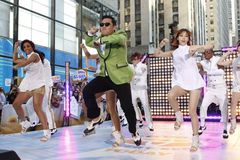 Avril Lavigne haters: Here’s why you should appreciate her controversial video
May 12, 2018 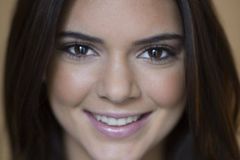