There's a guy, kind of cocky, who wants to buy Jessica Jones's little company, Alias Investigations. "I never take no for an answer," he says. Jessica looks at him coolly and replies, "How rapey of you."

The second season of Jessica Jones (now streaming on Netflix) arrives with a heft of meaning it didn't have when the first season premiered in November of 2015. It certainly had power, though. Noir-ish as all get out and featuring a melancholy female private-eye/superhero (superbly played by Krysten Ritter) doing one long revenge dance with abuser Kilgrave (David Tennant), it managed to be spooky and grippingly macabre while touching significantly on issues of abuse and control. Kilgrave was the epitome of a horrific abuser and the tension between Tennant and Ritter was stunningly visceral.

In the end, inevitably, Jessica broke Kilgrave's neck and tossed him away. (The first season is a must-see on Netflix but there's a short catch-up that precedes Season 2.) Now, in the #MeToo era, the Trump era and post-Weinstein, Jessica Jones exists as an even more dynamic vehicle for exploring how women – even women with the status of superhero – deal with the aftermath of abuse, how revenge sits uneasily with a moral code and how women, more than men, need extreme strength to avoid being haunted by their past. That's why this second season started streaming on International Women's Day.

It remains action-packed and humorous, too. Now Jessica is back to doing joe-job investigations, chugging beer and moping around in her torn jeans, leather jacket and boots. Having killed, she's plagued by guilt. She says of her killing of Kilgrave, "I put him out of my misery." Equally pernicious is the reputation she's acquired as a vigilante who kills bad men. One case has her proving that a guy is having sex with customers while delivering pizza. His girlfriend/boss wants him killed and Jessica balks, angrily.

There is an underlying storyline about the origin of Jessica's superpower, which seems to have occurred when she was in hospital after an accident years before. Her adoptive sister Trish (Rachael Taylor), a big-shot radio host, believes she has clues about this but Jessica doesn't want to know. There's a wonderful bit of business when Trish agrees to perform as "Patsy", the model and child star she once was, in order to get information.

And then there's the powerful lawyer Jeri (Carrie-Anne Moss), who likes to hire Jessica for difficult cases but has her own troubles as a lesbian who appears to discard lovers with fierce coldness. Jeri's being sued for sexual harassment by a former assistant and denies it vehemently: "She practically did a split on my desk!"

What's going on in this comic-book world that is uncannily anchored in something close to reality, is a deft series of inversions. Having had revenge on a man who raped and abused her, Jessica Jones doesn't feel empowered. She feels lost, almost enfeebled by the lack of an enemy that frightens her. And Jeri, for all her power and wealth as an authoritative lawyer, is little better than a two-bit seducer.

There is something very captivating about the way Jessica Jones, as an action-storytelling device, delves into issues of female sturdiness and accomplishments. The series is unusually subtle – all this season's episodes were directed by women and only two were written by men – and its relationship with feminism is complex. While it doesn't have the nerve-tingling focus of the first season, now that Kilgrave has been killed (he does return, briefly), it has enormous energy and wit in its treatment of sexuality and the consuming emotions of guilt, self-doubt about abuse and the wayward, fickle ways of the heart. It has remarkable vibrancy and verve.

Also airing thus weekend – The 2018 Canadian Screen Awards (Sunday, CBC, 8 p.m.) is likely to be more fun than usual. Hosted by Jonny Harris of CBC's Still Standing and Murdoch Mysteries, and Emma Hunter of The Beaverton and Mr. D, the night will feature fortysomething statuettes awarded in film and TV. But that's not all. Special award recipients include Peter Mansbridge, Rick Mercer, Margaret Atwood, and Clark Johnson will receive the Earle Grey Award for a remarkable 30-year career as an actor and director.

But there's yet another event this weekend, with a twist. American Idol (Sunday, ABC, 8 p.m.) is back, rebooted, with new judges Katy Perry, Lionel Richie and Luke Bryan. Ryan Seacrest does, however, return as host. Time was, Idol was the biggest show on TV and a spectacular money-spinner for Fox. How is Fox taking this ABC reboot? Well, it is not responding with good wishes. To counter the Idol return, Fox will air O.J. Simpson: The Lost Confession (Sunday, Fox 8 p.m.). That's the 2006 special, never aired, in which Judith Regan allows Simpson to hypothesize about how he could have killed Nicole Brown Simpson and Ron Goldman, whose 1994 murders he had been acquitted of. Several figures involved in the Simpson trial will also be around to analyze the interview. It never aired, originally, because Fox affiliates recoiled at giving airtime to Simpson. Now, there's an Idol revival to mess with, so that's okay. 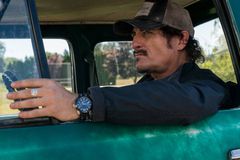 Canadian TV now: Squeezing out a few good ones
March 6, 2018 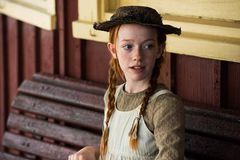 Review: Call My Agent! is a gem of a series about showbiz strangeness
March 4, 2018 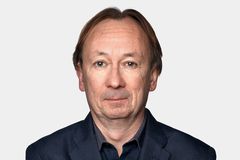