The latest Netflix drama to arrive is one of the streaming service's most sober depictions of the United States today. It is unflashy, disturbingly grey in its palette and bleak. At the same time, it's a grim, gripping thriller made with great care and skill.

Seven Seconds (streams on Netflix starting on Friday) is the work of Veena Sud, who was responsible for the shockingly good AMC version of the Scandinavian-noir thriller The Killing. Like The Killing, Seven Seconds is about cops, their strange and mystifying allegiances and biases and, like other recent mini-series such as ABC's American Crime, it is about the rippling impact of a crime on a community.

From the credits and brief opening scene, we understand where it's going. The season is winter and the setting is Jersey City, N.J. – made more shabby than usual by grey skies and dirty snow. A kid rides his bicycle around. In the near-distance is the Statue of Liberty, but vaguely obscured by the sleet and low, grey sky.

The title refers to the short time that it takes Jersey City police officer Pete Jablonski (Beau Knapp) to react to the fact his speeding car has just hit a cyclist. He's distracted, on his way to the birth of his first child, and he's taking a short cut through an apparently deserted park. When he realizes that he's hit teenage cyclist Brenton Butler, he phones his boss, a tough drug-force officer, Mike Diangelo (David Lyons). He doesn't call in an accident. He calls in his buddies. When Diangelo arrives with two other colleagues, they immediately decide to cover-up the accident and let Pete get to his wife. "No one's gonna find him here. No one's gonna know. Drive away."

It is all so cynically and smoothly done, it should be breathtaking, but it isn't. These cops look at the situation. A white cop ran over and killed a black kid on a bike. No matter the extenuating circumstances, there will be hell to pay. As Diangelo says later to Pete, if the truth gets out, he will be linked to Ferguson, to every incident of a cop killing a black youth, Black Lives Matter will get involved and many lives will be ruined.

The thing is, the kid on the bike isn't dead. He is clinging to life. He may never walk again, he may be in a coma for months, he might die in hospital. But he's alive.

The case of a supposed hit and run lands with an assistant prosecutor and messed-up drunk, one K.J. Harper (Clare-Hope Ashitey) who is usually assigned shoplifting cases because she's a junior and a screw-up. Eventually she is partnered with a recently divorced internal-affairs officer, Joe (Fish) Rinaldi (Michael Mosley) and they are, at first, a hopeless pair, out of their depth in every aspect of this acidly cynical crime. Then they get deep into it and follow some blind alleys in search of witnesses and information.

As the story is plotted out, it becomes rich and multilayered. There isn't, it seems, a single decent person ensnared in the mess. A young woman who might be a key witness is a drug addict who does sex work to support her habit. Even the devastated parents of Brenton Butler, the honourable churchgoing Latrice (Regina King) and Isaiah (Russell Hornsby), are turned indecent and unkind by events.

Seven Seconds is a first-rate thriller that culminates in courtroom drama. In court, the issues are truly tangled as one side tries to argue about "depraved indifference" to life and the other side wants it understood that it was not the participants who made the situation fraught with matters of race and class. This is not, however, a Law & Order episode stretched to 10 hours. It's a substantial drama, gripping and often taking surprising twists. It might not be at the level of The Wire or Show Me A Hero, but it has learned from both – it's unglamorous, viscerally alive with the wintery murk of cynical crimes in a cynical age.

A respite from grim seriousness can be found in Everything Sucks!, a bittersweet teen comedy and Netflix original that arrived last week. Set in the 1990s and relying heavily on period details – the music of Oasis and Tori Amos feature heavily – most events unfold at a high school in Boring, Ore. (a real town, apparently) among a small group of nerdy students. They try to cope with the usual array of obstacles – mean kids, dumb parents and sexual awakenings. The series is wildly uneven at first and then settles, its tone of melancholy humour and its celebration of awkwardness being, in the end, very charming.

BritBox lands in Canada, sure to be a major disruptor in ever-shifting TV landscape
February 18, 2018 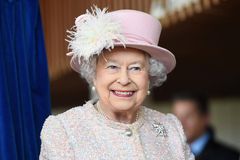 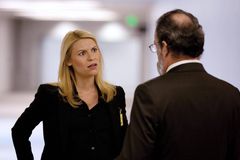