When Pierre Juneau set up the Cancon music quotas in 1971, and gave his name to the Juno Awards, the patriotic posture of the moment was defensive and insecure.

Anne Murray was a big Juno winner that year and could arguably hold her own against the threats of the outside world. But the average not-yet-superstar Canuck was seen to require the protection of a paternalistic government and its coerced private-sector partners.

So the argument went in an age of bureaucratic determinism, when regulatory frameworks fenced off the sheltered garden where Canadian culture could flourish.

Pierre Juneau died last month, and here is his true legacy: The 2012 Juno Awards are overturning the orthodoxies of cultural nationalism. Instead of nervous defensiveness, there's the swagger that comes from seeing Arcade Fire, Drake, City and Colour, Deadmau5 and Feist rock the world without having to fit the bland Cancon format of yesteryear.

Something happened. Maybe it's the technology that allowed Drake to share his breakthrough mix tape outside the usual distribution channels; or maybe it's the attitude shift that brought Arcade Fire to the world's notice only after years of indie self-reliance, the very alternative to the cosseted Cancon model.

Then again, maybe it's just the changing demands of a globalized music marketplace: The localized, personalized stories of a Feist offer more individuality and resonance than the manufactured artifice of quota-blessed Canadiana that came from nowhere in particular.

Did the model have to change? Damian Abraham, singer for a Juno-nominated, Polaris Prize-winning band whose name defies the mandarins' old-school protectiveness, believes so.

"The notion of protection has been co-opted," he says. "It's no longer about protecting culture in the broadest sense but about maintaining a status quo. It's not about allowing Canadian bands to have exposure to audiences, but about 'Hey, let's make an American-style band like the Nickelbacks and the Hedleys of this world.' "

In the big-tent gathering of the Junos, Nickelback and Hedley still find a place on the nominee list. But for the 32-year-old Abraham, Cancon formulas now exist more as an establishment style to be rebelled against, thus creating the alt-music mode that has secured Canada's global reputation.

"Bands like ourselves were not going to get on radio and be signed to a Canadian label, so we just did our own thing. If we'd stayed in Canada and played the game, hoping to get our songs on the radio, it never would have happened. So it made us think internationally: Let's go play for kids in Eastern Europe. You're forced to create your own audience – and that becomes your backdoor entrance into the Canadian music industry."

Canadian culture arguably becomes both stronger and more authentic by this enforced exposure to a wider world.

Yet Pierre Juneau had his reasons. Canada in the 1950s and 1960s was still a cultural colony. Ballet and theatre companies were run by people imported from elsewhere. American TV, music and movie productions were winning the mass-market battle despite token resistance from the CBC and the National Film Board and bewildered policy-makers.

For an ambitious artist, disappearance was the answer. Christopher Plummer went to Broadway. Mordecai Richler wrote in London. California called Neil Young and Joni Mitchell. And for the host of this year's Junos, William Shatner, a career doing NFB voiceovers was never going to be enough.

Expo 67 supplied a huge confidence boost to Canada's low cultural self-esteem; at the same time, a nationalism movement in literature took advantage of American political failures – the Vietnam War and the South's bloody civil-rights struggles – to press an alternative agenda. Margaret Atwood and Michael Ondaatje emerged from the small Canadian presses created at the time, beginning their cerebral and commercialism-averse ascent.

In this environment, a Jesuit-educated Québécois social activist and Trudeau ally like Pierre Juneau could thrive. His cultural values bore little resemblance to the bland Cancon stereotypes that arose from his work.

"He was distrustful of what came to be called cultural industries," says Victor Rabinovitch, a veteran public servant who worked alongside Juneau. "For him, while it was a good thing that music should have its small place in the sun, it was really meant to be part of something bigger. Culture was social, not individual; it enabled citizens to talk to each other and share ideas. In that way, you consciously constructed a country and a society."

It's an idea that now sounds outmoded in a more fragmented country where the Liberal centre has evaporated. "My students take an ironic stance in relation to ideas about nationalism," says Kit Dobson, who teaches literature at Calgary's Mount Royal University. "It's more likely to come up around things like hockey than in the arts."

But big government's social-engineering urge has also been confined by economic necessity and populist fears of seeming elitist. "Politicians and bureaucrats backed away from making artistic judgments,' says Paul Litt, a Carleton University historian. "Instead, the definition of what's Canadian got reduced to a formula, and governments ended up funding people who compete in mass culture internationally, which means scrubbing away distinctive Canadian markers to make the product saleable."

As president of the CBC (from 1982 to 1989), Juneau thought the TV network should be commercial-free, as if artistic excellence and social cohesion would flourish in the absence of American-style advertising.

Instead, the public broadcaster fell into line with Canada's other cultural industries: Commercialized support programs may well create art and identity, but only by a happy accident. It has proved easier to make an argument for subsidies that create jobs, power the economy, boost exports (CBC-TV's The Republic of Doyle is seen in 95 countries), satisfy the private-sector, and develop an infrastructure that allows the next generation of cultural workers to find jobs.

In many ways, the model works nicely. Entertainment lawyer Stephen Stohn, whose Epitome Pictures developed the Degrassi franchise (and gave Drake his start), thinks the lean Canadian-content model is well-situated to supply the American TV market, which is forced to pare production costs in the face of competition from Internet providers.

"There's a social benefit to telling our own stories to our own people and hearing our own music," he says. "But happily, there's a huge export market, which creates jobs and fills our pocketbook."

An older generation of bureaucrats might see a cheapening of Juneau's idealism. But to cultural entrepreneur Michael Levine, this model actually feeds artistic hopes by making a career seem normal and attainable. "Think of it with a sports analogy," he says. "If you have a great professional team, building a farm system is relatively easy because everybody has something to aspire to."

But how do cultural aspirations change when alt-culture has overtaken Cancon values, and bands such as Arcade Fire dominate the Junos? It's a post-Juneau question that troubles Damian Abraham.

"Indie rock has become the mainstream and we've lost the vibrant underground culture we had in the eighties and nineties," he says. "I'm concerned that underground music won't have a chance to develop. You need time to find your sound and get people to come to your shows. Otherwise, it could all fall apart very quickly."

So keep Cancon and its bland stereotypes intact: The edginess of Canadian culture depends on it. 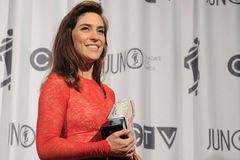 Why Pierre Juneau was a Canadian musical hero
May 8, 2018 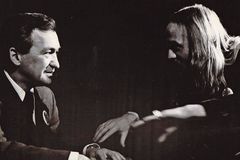 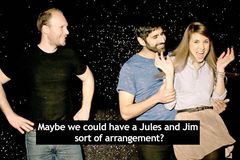 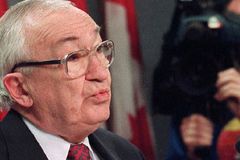