I have watched the promos. "You can do it Celina! You can do it!" shouts her sister Vanessa. Meanwhile, Celina, gingerly moving along some gizmo way, way up in the air, looks like she's about to blubber. Who wouldn't, I ask ya?

Are you ready for this thing, Canada? I said: "Are. You. Ready?" See, everything about The Amazing Race, no matter the setting, involves shouting, frantic behaviour and agitation. It is not for the genteel.

It is not as ridiculously tacky as Big Brother, involving ignoble actions and arousing general distaste. Nope, it's the upmarket, bourgeois, clean-living version of reality TV.

The Amazing Race Canada (CTV, 9 p.m.) starts tonight and if you're unaware of that you've been out of the country for a month or, perhaps you've been busy reading all of Proust's À la Recherche du Temps Perdu to celebrate the 100th anniversary of the publication of the first volume, Swann's Way. One hears that's a real craze right now. Possibly, though, I am misinformed. And it is only the TV-shunning literati of Toronna who are engaged in this craze.

Anyway, The Amazing Race has been going strong as a reality-TV franchise since 2001, won Emmy Awards and had solid ratings in the U.S. Generally, teams of two people – buddies, brothers, sisters, married couples – race around the world, have adventures and somebody wins a pile of money at the end. The Amazing Race Canada has teams of two racing around Canada only. The previously mentioned Vanessa and Celina are sisters from Ottawa. As the bio provided by CTV reveals, Celina toils as a bikini model and likes a cup of tea. Vanessa is an actress.

Also involved are best pals Jamie Cumberland and Pierre Cadieux from Alberta. They both wear cowboy hats all the darn tootin' time. Jamie lists his No. 1 strength as "wrestling large animals to the dirt." Pierre likes a gin and tonic on Fridays.

There, too, are Brett Burstein and Holly Agostino, married doctors from Montreal who are such totally good people that Brett lists his fears/phobias as "global warming." Not spiders, not snakes, not heights. Global warming. On reading that, David Suzuki would weep with pride. The father-and-son team of Tim Hague Sr. and Tim Hague Jr. are, you know, just fitness buffs. The gloriously named Jet Black, from Toronna, teams up with his pal Dave Schram. In the official team bio, Jet lists a good luck charm as "My comb." Right on, Jet.

And, heavens above, look at the final team on the list – our old friends on TV for lo, these many years, the BodyBreak couple, Hal Johnson and Joanne McLeod. Oh. My. God. Total Canadian celebrities. Up there with Anne Murray in the pantheon of iconic status in Canada. In the bio, Hal says he can't live without his protein shake. No surprise there. Joanne lists her fears/phobias as "unconventional foods, confined spaces." With hope, Hal will share his protein shake in unconfined spaces.

The host is Jon Montgomery, a legend for his Olympic gold-medal win in skeleton at the Winter Olympics in 2010, and even more so for his walk through Whistler Village chugging beer from a pitcher. No wonder CTV calls him "a folk hero." Because, you know, this is Canada.

In that context we can ask what The Amazing Race Canada reveals about this great country of ours. That doesn't take long. You can claim, as I did, that The Amazing Race is the upmarket, bourgeois, clean-living version of reality TV. But this, my fellow Canadians, is The Amazing Hoser Race.

Wrestling animals. Cowboy hats. The hard-working bikini model. Dude who likes his comb. The BodyBreak couple. The host whose image was forged by his post-victory affability and a pitcher of beer. Good luck to all. May the best hosers win. Proust-lovers, we laugh at you. 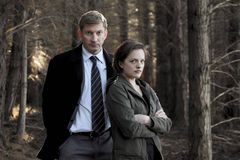 How The Sopranos and The Wire turned TV into haute culture
July 11, 2013 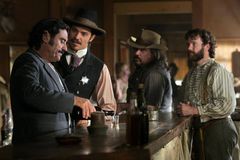 When critics are wrong and right and awry
July 9, 2013 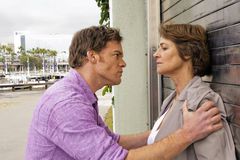